Accessibility links
Bones, Shoes May Have Been Amelia Earhart's Researchers have found the strongest evidence yet that aviator Amelia Earhart and her navigator Fred Noonan crashed-landed in the South Pacific in 1937 and died waiting for rescue.

Only Available in Archive Formats.
Bones, Shoes May Have Been Amelia Earhart's 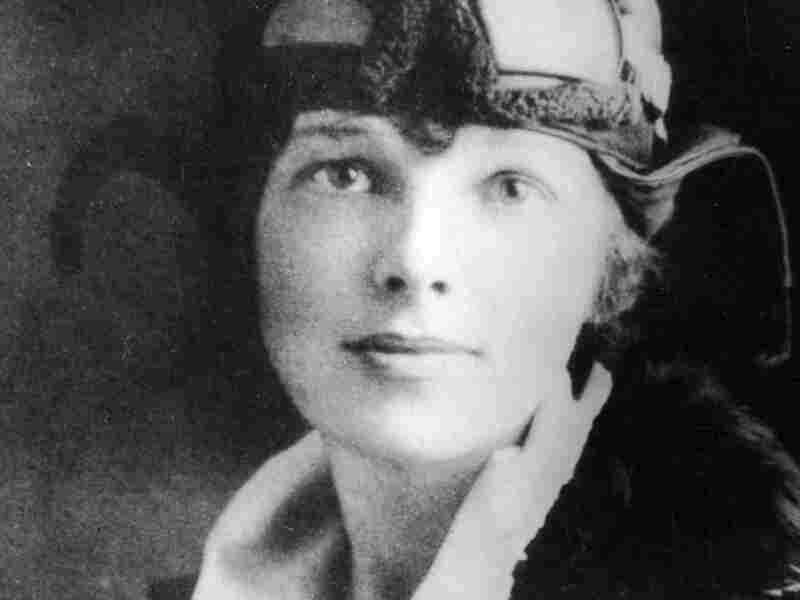 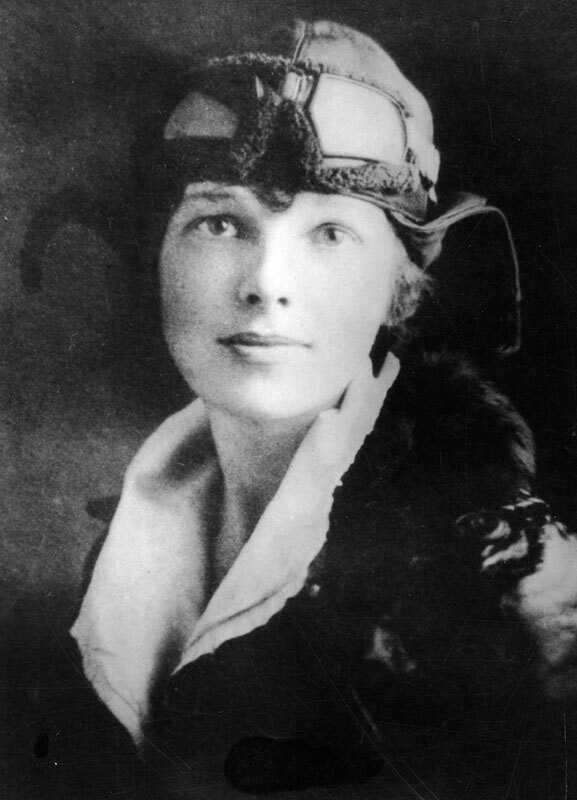 Archaeologists have uncovered a remarkable new lead in the mystery of what happened to aviator Amelia Earhart. Earhart disappeared in 1937 in the Western Pacific along with her navigator Fred Noonan as they were nearing the end of their round-the-world flight. New evidence suggests that Earhart may have crash-landed on an island and died waiting for rescue.

The International Group for Historic Aircraft Recovery — that's TIGHAR for short — is run out of a converted garage in Rick Gillespie's split level home in suburban Wilmington, Del. Gillespie's khaki shirt has epaulets and the words "Search Crew" stitched on the front.

The TIGHAR office is crammed with documents and artifacts from downed aircraft found all over the world. The most precious artifact is wrapped in plastic in a blue tub that might ordinarily hold laundry.

It's a black, rubber, fairly worn shoe heel. On the inside surface there's an indentation and within that indentation, stamped into the rubber are the words "Cat's Paw Rubber Company, USA."

Gillespie believes that the heel and the partial sole found with it may have belonged to Amelia Earhart. He and the TIGHAR team found the heel and sole in 1991 on Nikumaroro, an island about 1,000 miles north of Fiji. It's uninhabited now, infested with giant crabs and black-tipped reef sharks.

In 1937, it was called Gardner Island, and it lies just a few hundred miles south of Earhart's last known flight path.

Gillespie brought back the shoe parts, some aluminum airplane parts and plexiglass, and held a press conference:

"We came back and said, 'Hey, this is what happened to Amelia Earhart,' and we got crucified," Gillespie recalls.

The heel was indeed manufactured in the 1930s; it was the same kind of shoe Earhart was wearing in a photograph taken in Indonesia just days before her fatal flight.

But the heel and sole fit a size 9 shoe — which experts argued would have been too big for Earhart. The evidence was too thin, so Gillespie mounted another expedition in 1996. It turned up little except for stories from nearby islanders that people who briefly occupied the island in the late 1930s had found two skeletons.

Now, two years later, Gillespie has found startling new information. Documents from the British Western Pacific High Commission reveal that a work crew of nearby islanders discovered a skull and some bones on Gardner Island in 1939. The workers told Gerald Gallagher, a British colonial officer on the island Gerald Gallagher, who went back to the site.

Clearly this is a castaway. Somebody has been marooned on the island and has died there.

The new documents, never before published, tell this tale. The British suspected the bones might be Earhart's. The bones were shipped to a Dr. D. W. Hoodless in Suva, Fiji, to see if he could make a basic identification.

Hoodless had 13 bones to work with, including the skull and some long bones from the legs and arms. His conclusion, was that the bones belonged to a European, but a European male, who was about 5'6" — significantly shorter than Earhart, who was 5'9". The documents say nothing about her navigator Fred Noonan.

The British dropped the investigation. Apparently the American government was never told.

The story would have ended there except for one more thing: In his report, Hoodless wrote down the measurements of the skull, two arm bones and one leg bone. Rick Gillespie of TIGHAR sent these numbers to forensic anthropologist Karen Burns at the University of North Carolina in Charlotte. Using a computer program equipped with the latest statistics on what bones reveal about height and sex, Burns came to a very different conclusion.

"[The bones belonged to] a sightly taller person," Burns says, "and definitely a female European."

Hoodless was not a bone specialist and could easily have erred, Burns says. Her findings were confirmed independently by another forensic anthropologist. But Burns warns that the new analysis is only as good as the measurements Hoodless originally made. Without the actual bones to examine, the level of certainty is low.

Still, Burns says there is a "good chance" that there's enough forensic evidence to conclude that the bones belonged to Amelia Earhart.

"Together with the shoe, the sextant box ... I would say this is mighty warm," Burns argues.

But nothing will be certain until the actual bones are found. In 1941, the British ordered the bones kept safely in Fiji. But Gillespie says no one knows where they are now.

"I am hoping that there is a dusty box on a shelf someplace in Fiji," Gillepspie says. "But there may not be. That's very possible that those bones are long gone."