Accessibility links
Ibrahim Ferrer Sings Of 'Loss And Reclamation' The Cuban singer had retired from singing in the early 1990s, until record producers Ry Cooder, Nick Gold and Cuban bandleader Juan de Marco Gonzalez rediscovered him during the making of the 1999 documentary Buena Vista Social Club. Here, he discusses his long and eventful career in music. 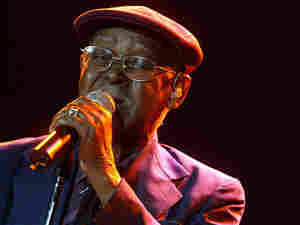 Ferrer and other stars of the film have since become international sensations, and many of them have released their own CDs. Ferrer's first solo CD is, not surprisingly, titled Buena Vista Social Club.