Accessibility links
'Body And Soul' Coleman Hawkins, "The Father of the Tenor Saxophone," revolutionized jazz with "Body and Soul."

As performed by Coleman Hawkins & his Orchestra 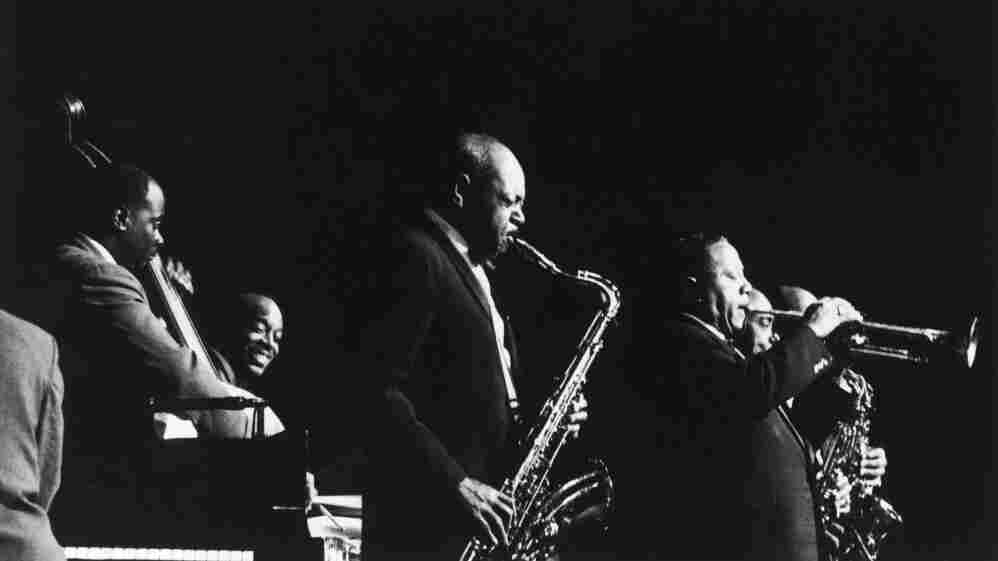 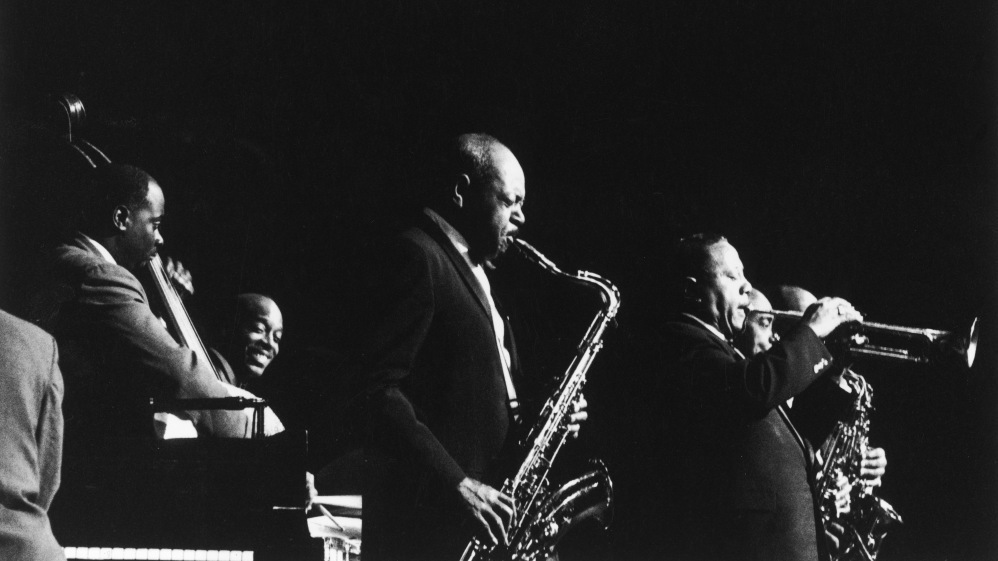 The language of jazz is built on small phrases — riffs that pass like coveted currency from one musician and one generation to the next. But every now and then, there comes a moment when that tried-and-true vocabulary no longer serves, and by rejecting it, an artist arrives at a statement that nudges or catapults the music in new directions.

Coleman Hawkins' 1939 treatment of "Body and Soul" is one of those great evolutionary leaps. Hawkins, who's been called "The Father of the Tenor Saxophone," was by all accounts the first to establish the tenor sax as a jazz instrument. For nearly 50 years, Hawkins was known for his authoritative and sensuous tone.

A Moment Of Transition

That year marked a moment of transition for jazz musicians; swing bands were still king, but the early tremors of bebop, which was to blossom later in the '40s, were already in the air. Hawkins, the Missouri native who'd established himself with bandleader Fletcher Henderson, had been living in Europe since 1934. He returned to the U.S. just before making this recording and was surprised, he recalled in a 1956 interview, to discover that most of his peers were still playing the same repetitive swing-band phrases.

"I thought by the time I came back, I thought the musicians here would be much further advanced," he said. "But they were just like when I left. I didn't see any — nothing. They hadn't advanced; they hadn't done anything. A lot of them used to say I was playing wrong notes. Like the first time I played 'Body and Soul,' when the record first came out, well, everybody said I was playing the wrong notes in it. It was funny to me. They just weren't making these changes in 'Body and Soul.' It's the only changes to make in "Body and Soul." That's what... I couldn't understand why wasn't they making them."

Hawkins' "Body and Soul" replaced blues-based riffing with brisk arpeggios, sharp-cornered phrases and endless lines that were the jazz equivalent of run-on sentences. He danced at the upper extremes of chords, foreshadowing the altered harmonies that later were so important to bebop. But he was hardly academic. His spry, seductive tone gave every phrase an unmistakable passion.

Right away, the Hawkins version of "Body and Soul" became one of the essential documents of jazz. It was not only a hit on jukeboxes until the 1950s, but also a textbook lesson in ballad playing. Its blend of technical mastery and tender lyricism proved that it was possible to modernize well-worn Tin Pan Alley standards.

Despite the enormous popularity of the original recording, Hawkins, who died in 1969, never played it exactly the same way again. He knew that the ideas in that solo had become part of the jazz vernacular. But he was more interested in creating something new than simply repeating himself. He eventually developed a solo piece titled "Picasso," which incorporated some of the melodic ideas from "Body and Soul."

Saxophonist Joe Lovano says that Hawkins' dedication to improvisation is a legacy perhaps even more important than the endlessly studied notes and inflections of the original recording.

"That really taught me a lot about trying to learn how to improvise and to be creative with the material and not be a repeater," Lovano says, "because throughout his whole career, he didn't repeat that solo. That was it. He recorded it once, and then, every time he played that tune, it was a new expression on it, you know? And that's what really separated him from everybody else, because he was so free on his horn and so creative."