Accessibility links
The Story Of 'Dream A Little Dream' As part of NPR's continuing series on the 100 most important American musical works of the 20th century, Elizabeth Blair reports on the enduring popularity of the song Dream a Little Dream of Me.

Listen
The Story Of 'Dream A Little Dream'

Title: Dream a Little Dream of Me

Recordings Used: Dream a Little Dream of Me 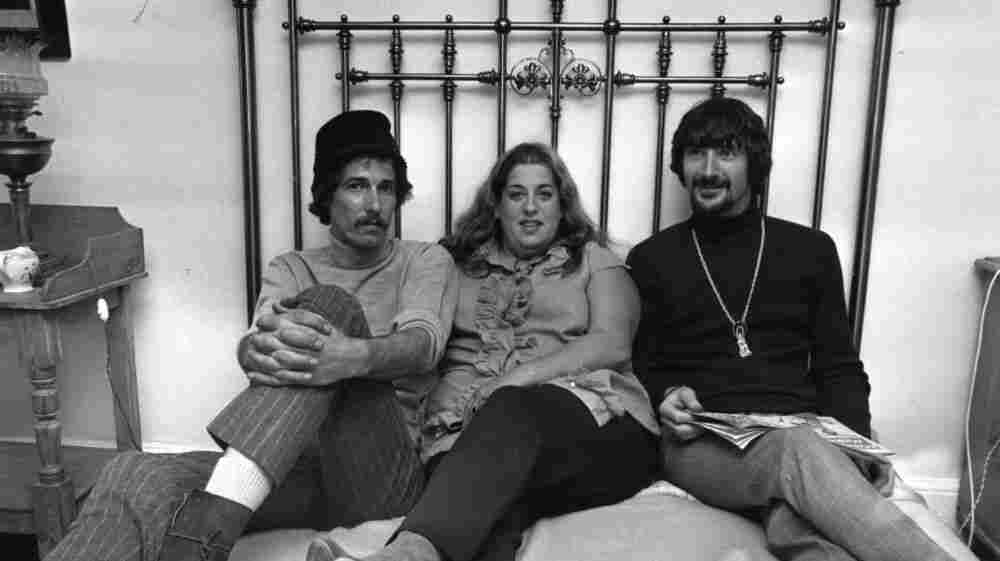 Mama Cass Elliot with her Mamas and the Papas bandmates John Phillips and Denny Doherty in 1966. Express/Getty Images hide caption 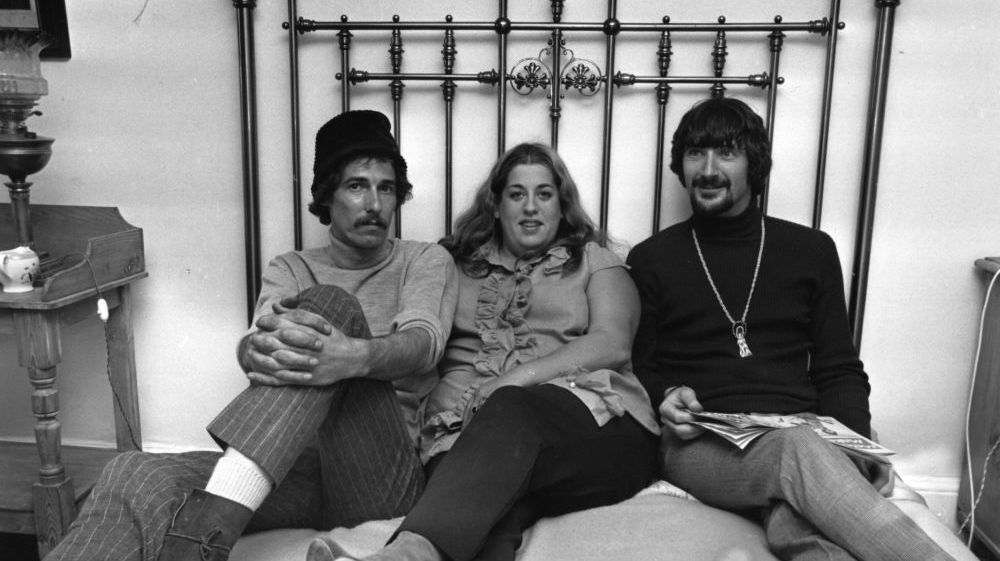 Mama Cass Elliot with her Mamas and the Papas bandmates John Phillips and Denny Doherty in 1966.

For lyricists, dreams have long been the stuff that ballads are made of. In piano bars from the roaring '20s to the present, crooners have offered up a succession of dreamy hits like "I'll See You In My Dreams," "This Time the Dream's On Me," "Dream, Dream, Dream." And though instant popularity doesn't guarantee that a song will endure, ask pedestrians on any city street to sing a few lines of "Dream a Little Dream of Me," and its relevance shows.

Cass Elliott and The Mamas and The Papas' 1968 recording of "Dream a Little Dream of Me" sold nearly seven million copies almost 40 years after the music was composed by two relatively unknown musicians, Fabian Andre and Wilber Schwandt. The words were written by Gus Kahn, one of the most successful lyricists of the 1920s, '30s and '40s, and the same writer who gave us "Ain't We Got Fun," "It Had To Be You" and "Making Whoopie."

Gus Kahn lived in Chicago. He began writing songs professionally at 23. His first song-writing partner was his wife, pianist and composer Grace Laboy. Soon he was writing lyrics to music by some of the biggest names in the business, Walter Donaldson, George Gershwin, Isham Jones, and Naceo Herb Brown.

"Johnny Mercer, who was one of the really other great lyric writers, used to call my father the tune hog," Gus Kahn's son, composer Donald Kahn remembers, "because my dad wrote with everybody and 'Dream a Little Dream' is a sterling example of it. My dad would get tunes from people and my mother would play the tunes for him and he would sit and grumble mostly.

"He always tried to keep his lyrics simple," the younger Kahn explains, "but he also said that young men and women do not know how to say 'I love you' to one another so we say it for them in 32 bars. "

There's considerable confusion as to when and where Fabian Andre and Wilber Schwandt wrote the music for "Dream a Little Dream of Me." They played together in a band that toured the Midwest in 1930. Schwandt once recalled that they wrote the piece during a 10-minute break at a gig in Paw Paw, Michigan. Later he said they wrote it in Milwaukee. Wherever the music was written, Donald Kahn credits the melody and, in particular, its bridge, for making the song work.

"Being a musician myself I am very fond of the change in the bridge in which they go to a whole other very unusual key," Kahn says. "Instead of going the obvious or the simple way it might have gone, it goes to a very interesting and new sounding key.

Over the years, "Dream a Little Dream" has been recorded by Kate Smith, Nat "King" Cole, Louis Armstrong and Ella Fitzgerald. But the definitive version was recorded by Cass Elliott and The Mamas and The Papas for the 1968 album, "The Papas and The Mamas."

The Mamas and The Papas recorded "Dream a Little Dream" by chance. In 1950, in Mexico City, six-year-old Michelle Phillips met Fabian Andre, one of the song's co-writers.

"He was just a fabulous rake," Phillips recalls. "We liked him a lot. He was a big drinker, however. He loved to play the piano. He was--I have this image of Fabian at the piano all the time. I don't have any other image of him, as a matter of fact. Just singing and playing and drinking at the piano."

Almost 20 years later, in 1968, The Mamas and The Papas, Michelle and John Phillips, Denny Doherty and Cass Elliott, were rehearsing one day when Michelle got word that Fabian Andre had died in a fall down an elevator shaft in Mexico City.

"It was very shocking, you know," says Phillips. "I said, can you imagine this guy who wrote this fabulous song--and John had remembered, at that point, that I had told him about Fabian and the song and we had never thought about it again until we were all sitting around that day discussing his death, when we started to pick out the song and--to see if we could remember the lyrics to it. And we said, `Cass, come here. Sing this.' "

"Dream a Little Dream of Me" became Cass Elliott's signature song. This was the kind of music she originally wanted to sing. Elliott's dream was to perform on Broadway. After high school, she landed a part in the touring company of "The Music Man," and once auditioned for a part that went to Barbra Streisand. In fact, Michelle Phillips says Cass Elliott was always somewhat jealous of Streisand, for the kind of singing and acting career she'd created for herself. But, Phillips says, Cass Elliott gave us something that Streisand could not.

"Barbra Streisand may have great pipes, but she could never sing that song in that way," Phillips says. "She doesn't have the absolute sweetness and love in her voice that Cass had. Cass may not be able to hold a note as long as Barbra Streisand, but to me, it's always been more important to capture the meaning of the lyrics and to capture the love in the song. And that's what Cass could do."

Cass Elliott, this 1960s hippie singer, a child of hard anti-war ballads, connected with this gentle Depression-era song like no other. For the six years she performed solo, "Dream a Little Dream of Me" became a mainstay in her concerts and television appearances. On July 27th, 1974, Cass Elliott sang it for the last time at a sold-out concert at London's Paladium. Two days later, she died in her sleep. Cass Elliott was 32 years old.