Accessibility links
'Showboat' Kern and Hammerstein's show is not just a serious opera or musical comedy, but a marriage of both.

Show Boat – Jerry Hadley, Frederica Von Stade, John McGlinn, conductor – complete recording – EMI ("Why Do I Love You?," "Where's the Mate for Me?," "Only Make Believe") 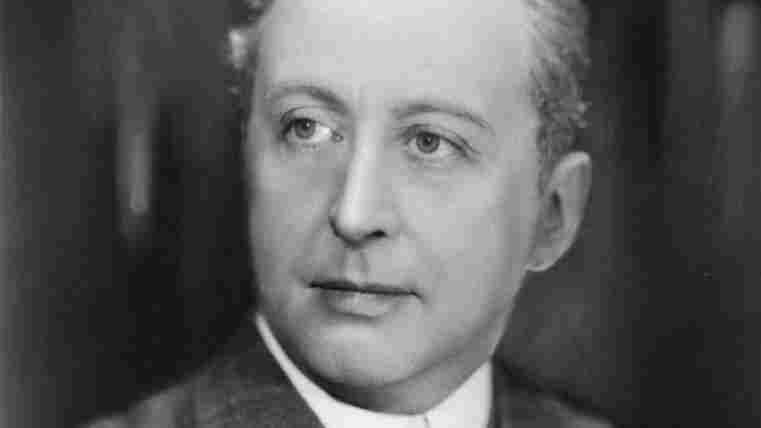 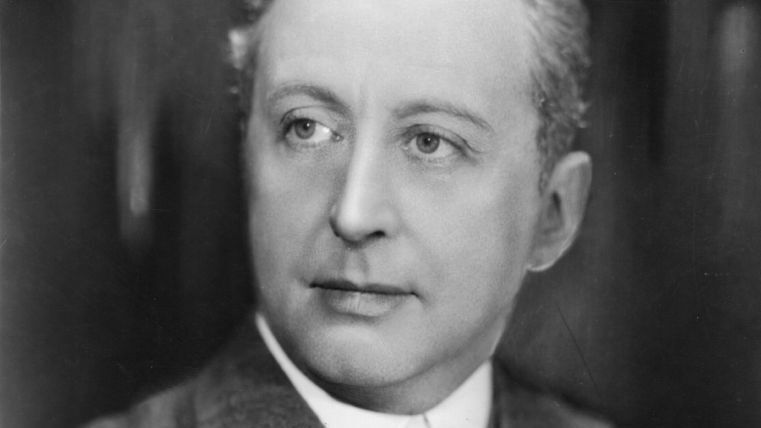 In the early decades of the 20th century, the Broadway musical was in its adolescence. There were two kinds of shows in those days. You had the musical comedies, giddy, glittering entertainments with jazz scores by songwriters like George and Ira Gershwin. And then there were the operettas, set in grand faraway places with lush scenery and serious music by composers like Sigmund Romberg. Then in 1927, a show by Jerome Kern and Oscar Hammerstein opened. It was called "Show Boat," and with it, the Broadway musical took its first step into adulthood.

"Show Boat" was unlike any musical before it. Based on Edna Ferber's novel of the same name, the show unflinchingly dealt with themes like race relations, middle-age disappointment with young love and the ravaging effects of alcoholism. It was also one of the first Broadway shows to feature an integrated cast, all this when the average musical was little more than frivolous entertainment. Musical theater historian Miles Kreuger, who wrote a book about "Show Boat," says that composer Jerome Kern and librettist Oscar Hammerstein broke new ground.

"Like the novel itself, the text of the musical is not just a story about a boy and a girl or a couple of boys and a couple of girls," Kreuger says. "It's the story of an entire vision of a way of life in early America from the late 19th century up to the time of the show, which was 1927. It's a panorama. It's the kind of thing that nobody ever envisioned as a canvas for musical comedy."

By 1927, Jerome Kern and Oscar Hammerstein were well-known authors in the musical theater. Kern had been writing music for shows since 1912, and his series of musical comedies for The Princess Theater were fledgling attempts at integrating song and story. Hammerstein, in the meantime, had been writing fluffy operettas, like "Rose Marie" and "The Desert Song." But he yearned to write shows with stronger stories and greater substance. According to Miles Kreuger, Hammerstein expressed that dream in a magazine article written two years before "Show Boat" opened.

"He talks about a vision of a new kind of musical theater for Broadway that will not be grand opera and it will not be musical comedy," Kreuger says, "but it will be something in which all the songs are introduced in a logical fashion, and it will have beautiful music, and he describes exactly what he then sets out to do."

Ironically, Kern and Hammerstein first worked together in 1925 on the kind of show they both despised. It was a mindless musical called "Sunny," and it turned out to be a big hit.

The two writers became fast friends and vowed to work together in the future on their kind of show. A year later, Kern picked up Edna Ferber's novel about a theater troupe on a barge that travels up and down the Mississippi. Even before he finished the book, he called Hammerstein to tell him he'd found the perfect source material. Hammerstein quickly agreed. Oscar's son, the late James Hammerstein, said that working on "Show Boat" liberated the two men from writing in a formulaic fashion.

"To be able to chuck it must have been an amazing feeling for both Kern and Hammerstein, to say, `Let's not do that anymore.'" Oscar Hammerstein's son James explains.

Shortly after they obtained the rights to Ferber's novel, the legendary producer Florenz Ziegfeld agreed to present it. Kern and Hammerstein wrote much of "Show Boat" very quickly in their new hybrid style. Composer-lyricist Stephen Sondheim studied with Oscar Hammerstein.

"What Oscar clearly did," Sondheim articulates, "not so much as a pioneer but as a synthesizer, was to take operetta principles and wed them to American musical comedy, say, song and dialogue intermixed that would tell a story and tell a story of some emotional truth and reality."

Ferber's novel had a sprawling narrative, and so does Kern and Hammerstein's musical. It takes place over an almost 50-year period, encompassing three generations of show folk with nine principal characters, both black and white. There are scenes on the Cotton Blossom, the showboat, and on the Mississippi docks, at the Chicago World's Fair, in a boarding house, a bar and nightclub, even in a convent. One of the challenges the authors faced was to find a way to tie all these disparate elements together. Oscar Hammerstein discussed this problem in an interview in the 1950s.

"I thought that we lacked something to make it cohesive," Oscar Hammerstein says, "so I wanted to keep the spirit of Edna's book, and the one focal influence I could find was the river, because she had quite consciously brought the river into every important turn in the story, the Mississippi. So I decided to write a theme, a river theme. "

Paul Robeson, who played Joe, the African-American dock worker in the original London production, sang what would become his signature song "Ol' Man River." Oscar Hammerstein said he learned a lot from working with Jerome Kern.

"Jerry was a very painstaking man and he taught me to pay a great deal of attention to detail. Even though the audience might not be completely conscious of the little detail you'd put in, an accumulation of details would make them feel comfortable and feel that the thing was really going on in front of them."

One example of this involves the river theme. The black workers, whose daily life is a struggle, sing "Ol' Man River."

"Show Boat" is filled with many innovative uses of song. One of the best-known numbers, "Can't Help Lovin' Dat Man," seems on the surface like a pleasant ballad. But in context, it cues an important plot twist. In an early scene, Julie, the showboat's star performer, sings the song; Queenie, the Cotton Blossom's African-American cook, observes from the side.

"Julie starts to sing it and then Queenie interrupts and says, `I thought only colored folk know that song,'" Kreuger says. "So that's a kind of a little hint that something dramatic is going to happen involving the role of Julie. And later when we discover that she's, in fact, a mulatto, we already are prepared emotionally for that."

Helen Morgan, who originated the role of Julie.

"All the heroines in "Show Boat" `can't help lovin' their men.' Magnolia, the ingenue, falls for Gaylord Ravenal, a riverboat gambler, in one of Kern and Hammerstein's most beautiful songs. Oscar Hammerstein's son William. "

"'Only Make Believe' is one of the great moments of a boy and a girl meeting and expressing something awkwardly that they feel and hoping that it will grow into something more," William Hammerstein says.

But all is not make believe for the characters in "Show Boat." Hal Prince directed the 1995 Tony-award winning revival. He says he discovered an interesting similarity in all the love relationships.

" I realize that there are five marriages in this show and every one of them has a somewhat weak, idealistic, vaguely ineffectual man and a strong, sometimes humorless powerful woman keeping the family structure together," director Hal Prince says.

"Show Boat" opened at Ziegfeld Theatre on December 27th, 1927, and was a towering success. It ran for 572 performances, has been revived frequently, in film three times. Many of the songs have become standards. But most important, "Show Boat" pointed the way towards a more substantial kind of musical theater, the kind Oscar Hammerstein would later write with Richard Rodgers and the kind of musical theater still being written today. Hal Prince elaborates:

"It influenced all of us who ever wanted to work in musicals in the best conceivable way because it was serious and because it was integrated and it was courageous."