Accessibility links
'Papa's Got a Brand New Bag' The story behind the ground breaking hit from the Godfather of Soul, James Brown.

As perfomed by James Brown 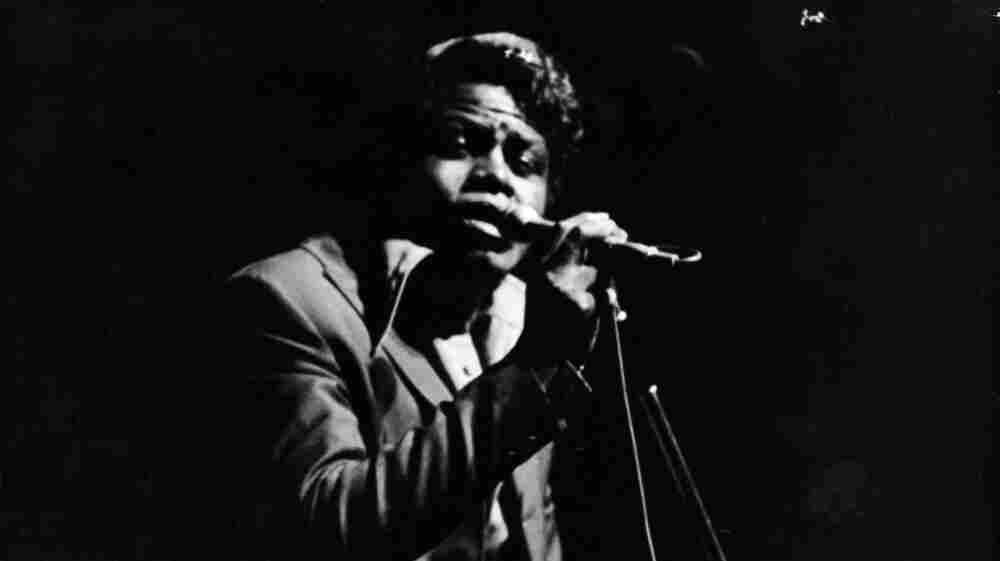 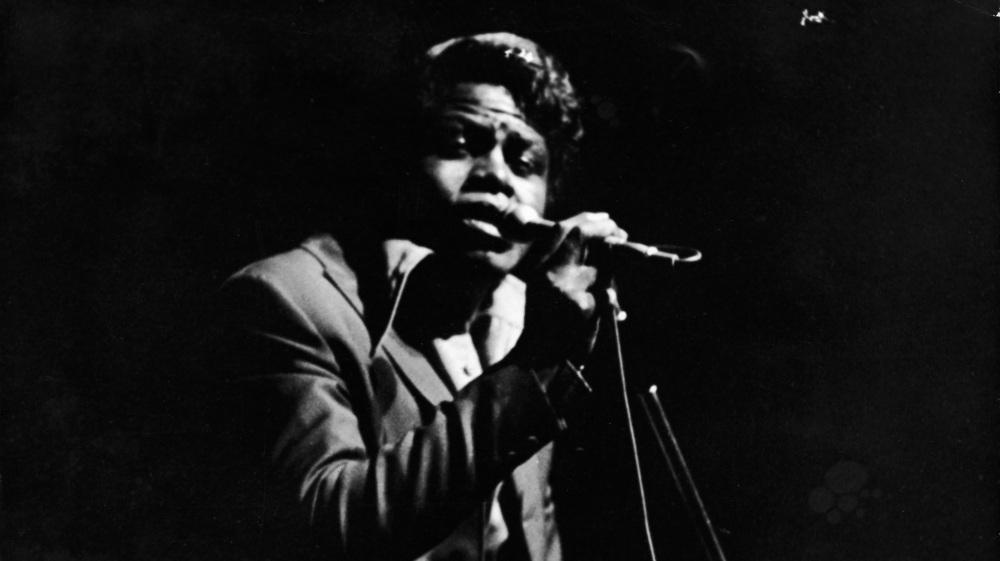 The inimitable James Brown sings on stage at the Olympia theater, Paris, France.

Some people might think he was eccentric, but a far better term might be funky. In the early 1960s, singer James Brown was already hailed by rhythm and blues fans as the hardest-working man in show business, and that was before white America had ever heard of him. By 1965, that would all change when Brown unveiled his innovative new sound and his brand-new bag.

James Brown's career was at a crossroads in 1965. For more than a year, he'd been fighting with his record company for greater artistic independence and more money. His music was moving away from the ballad and gospel-derived style typical of the era's R&B towards a more heavily rhythmic approach. When Brown finally won a better contract, he brought King Records a tape of a song he'd hastily recorded in Arthur Smith's Charlotte, North Carolina, studio.

The original recording of "Papa's Got a Brand New Bag" clocked in at nearly seven minutes. King Records engineer Ron Lenhoff modified it a bit, speeding up the tape and editing it down to just over two minutes. Otherwise, though, it's just as the band played it, with all of the elements of a new style Brown had been developing during live performances, captured in the studio for the first time. Author and journalist Nelson George says with "Papa's Got a Brand New Bag," Brown left the established patterns of soul music behind.

"The way he orchestrated the breaks, the stops in time, the guitar signature strums and the horn interjections were very different. It wasn't totally a smooth-flowing melody like you might find at Motown Records. It wasn't Southern, per se, the way that the stacks records sounded. It had its own kind of universe that it existed in."

George adds that even the song's title was slang for a change in direction.

"So when you said, `You had a brand new bag' or, `What bag am I in?'--when you said, `What bag you were in,' it was slang for, like, `What are you into? What are you thinking about? What motivates you?' So when he said `Papa's got a brand new bag,' he was literally saying, you know, `Something different is motivating me. I'm doing something different.' And he did. It was really quite a departure and, again, a new direction, because he really de-emphasized melody in a way that the other schools of soul music out of Memphis, Chicago, Detroit did not."

Saxophonist Maceo Parker, who soloed on the original recording of "Papa's Got a Brand New Bag," says the key to the song is its simplicity.

"All these kinds of stops and breaks--'cause he would literally make a sound--`Uh'--and then, you know, slip-slide over, do a spin, come back, `Uh.' I mean--so that the dance movements that weren't with the songs or the song structures--it meant by doing songs where there was less extended singing, he could dance more onstage," explains Mr. George. "What his funk--which is it would allow him to move around the stage, still be a vocal presence but not have to overdo the singing at a time when he's also dancing. It changed how me made the records, because the records didn't reflect the stuff that he could do much more easily onstage.

James Brown's songs were constantly evolving into something new as he performed them night after night. "Papa's Got a Brand New Bag" was a case in point, having evolved, at least in part, out of the song "Out of Sight."

By tweaking the groove and adding a new lyric, Brown came up with a whole new song.

In a somewhat surreal scene, Brown glides effortlessly across the floor of a ski lodge while singing an early version of his song "I Got You."

The film was released nationwide in the summer of '65, just week's before "Papa's Got a Brand New Bag" hit the airwaves. In August, the song reached the top 10 on the pop charts. While "Papa's Got a Brand New Bag" was Brown's first crossover hit, the song hinted at the growing sense of black pride James Brown would later express more directly in songs like "Say It Loud" and "Soul Power."

" It's not like one of his ballads," Mr. George says, "where he's pleading for a woman to come back. He's very, very confident, very, very upbeat, very, very bright and excited. And that was a great time for black people. The Civil Rights Act of '65 was passed in that year. Desegregation was happening all across the country in various places, in various ways. There was a real sense of positive energy that we had made a change and were making changes and that we could not be stopped, that we had a righteous cause. And you could also, you know, see the song and the lyric as a metaphor for that sense of, again--in the '60s, you know, slang sense, your bag was who you were, what you thought the world was about, what you believed in, and Papa having a brand new one meant that he--change was happening."