Accessibility links
The Story Of Marvin Gaye's 'What's Going On' Marvin Gaye's classic faced the forces shaping American culture at the beginning of the '70s. 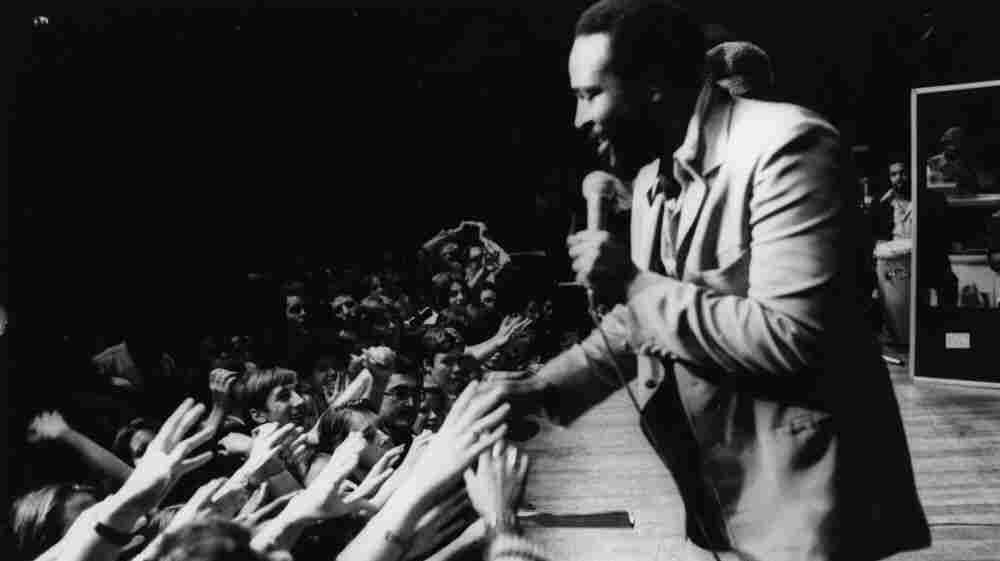 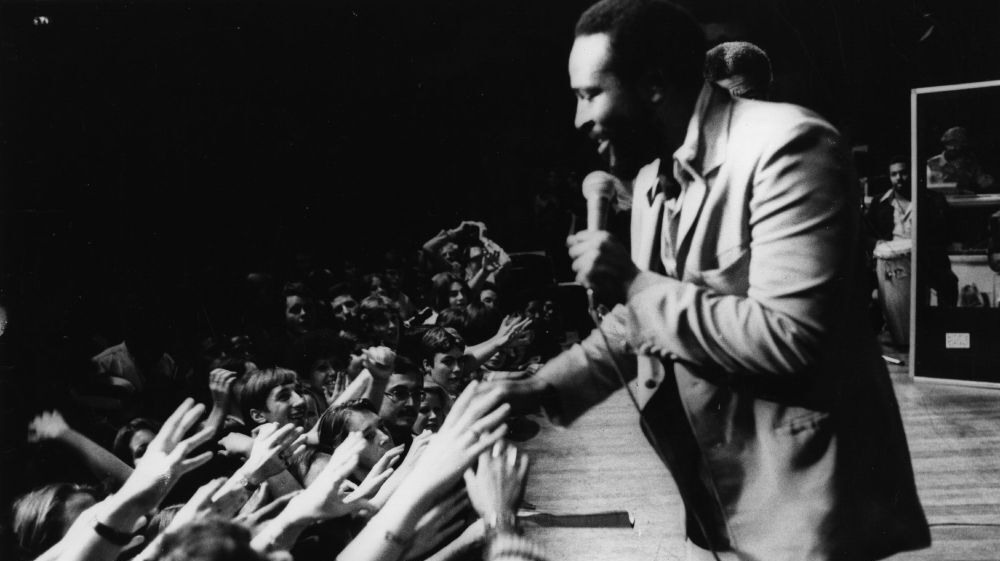 Marvin Gaye in concert at the Royal Albert Hall.

It opens with the ambient noise of a party; it's a homecoming for a Vietnam veteran. Beneath the celebration, there's uneasiness.

The central theme of "What's Going On" and the album of the same name came from Marvin Gaye's own life. When his brother Frankie returned from Vietnam, Gaye noticed that his outlook had changed. He put himself in his brother's shoes and wrote a song that stands among the most tuneful works of consciousness-raising in American music.

"What's Going On" looked at the forces shaping American culture at the beginning of the 1970s, that moment when hippie-era idealism crashed into the realities of poverty, of mystifying war, drug abuse and racial misunderstanding. Gaye didn't shout, didn't demand anything. His approach was cautious: "Father, we don't need to escalate." He might have set out to deliver one of those call-to-action sermons he'd heard growing up, but he veiled it in the sweet butterfly anguish of his voice and all kinds of musical seductions.

The song started as a party but became something else, something much closer to a prayer.

In 1970, Gaye found himself at several crossroads. His marriage to Anna Gordy, sister of Motown founder Berry, was crumbling. He was devastated by the death of one of his duet partners, Tammi Terrell. He stopped performing live and went into seclusion.

When Motown called to see how his new songs were coming, he'd reply with something from the headlines. He'd say, "Have you read about those kids who were killed at Kent State?" he told biographer David Ritz. His world view was expanding and the prospect of singing bright three-minute love songs seemed less appealing.

He'd also outgrown the Motown assembly line, the one that made him a star of the loverman on bended knee variety. He decided to change everything about the way he worked. He produced himself — a radical move at Motown. He used multitracking to layer several lead vocals into a back and forth. His album became an interconnected suite, a gallery of songs reflecting the state of the union as Gaye saw it, from neglected ghettos to the thriving community churches, to the abused environment. It wasn't jazz or pop. It wasn't protest music in the strictest sense. It wasn't pure gospel either, but it sure had that spirit.

Motown, and in particular label head Gordy, didn't understand "What's Going On." The label sat on it for months, until Gaye threatened he'd never record there again. When the single and album finally did reach the marketplace, both exploded. The troubled recluse was reborn as a crusader.

His song helped change the national conversation. And his success forced Motown to give others, notably Stevie Wonder, artistic freedom. Gaye relished the visibility, but hr knew that the real triumph was the way he transformed vexing social problems into an imploring emotional appeal. The song started as a party but became something else, something much closer to a prayer.