Accessibility links
The Story Of Charlie Parker's 'Ko Ko' The players, the chords and the producers behind the breakneck bebop classic.

As performed by Charlie Parker 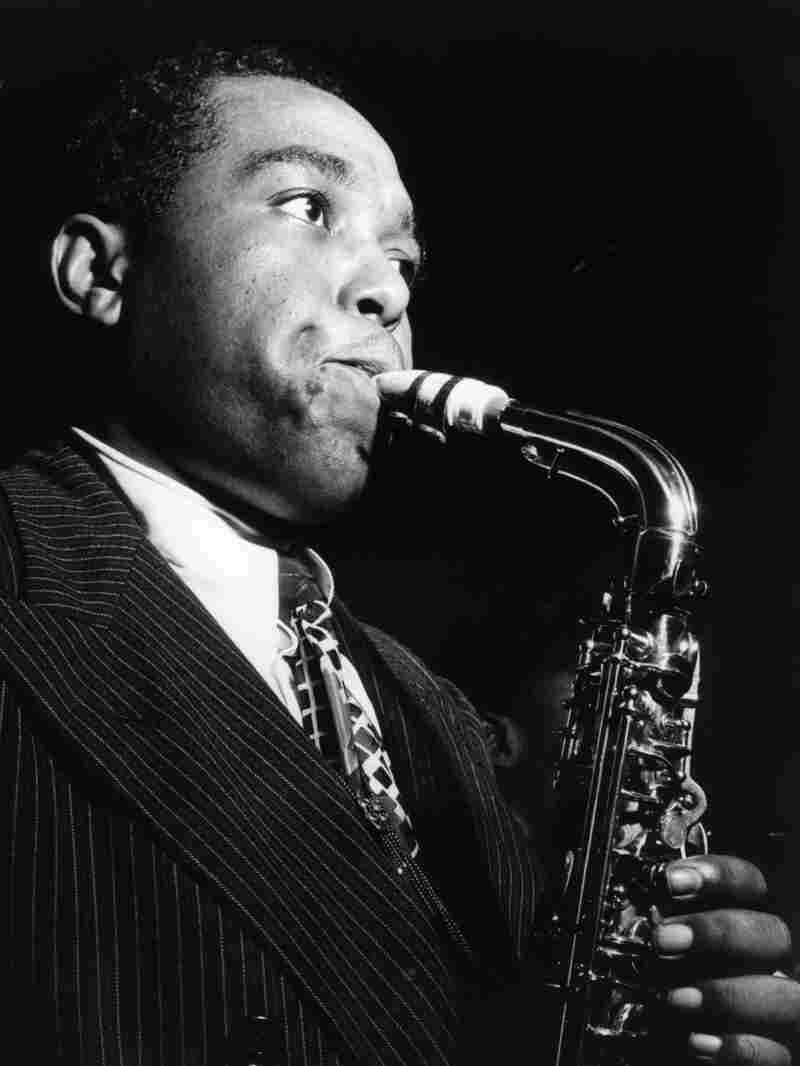 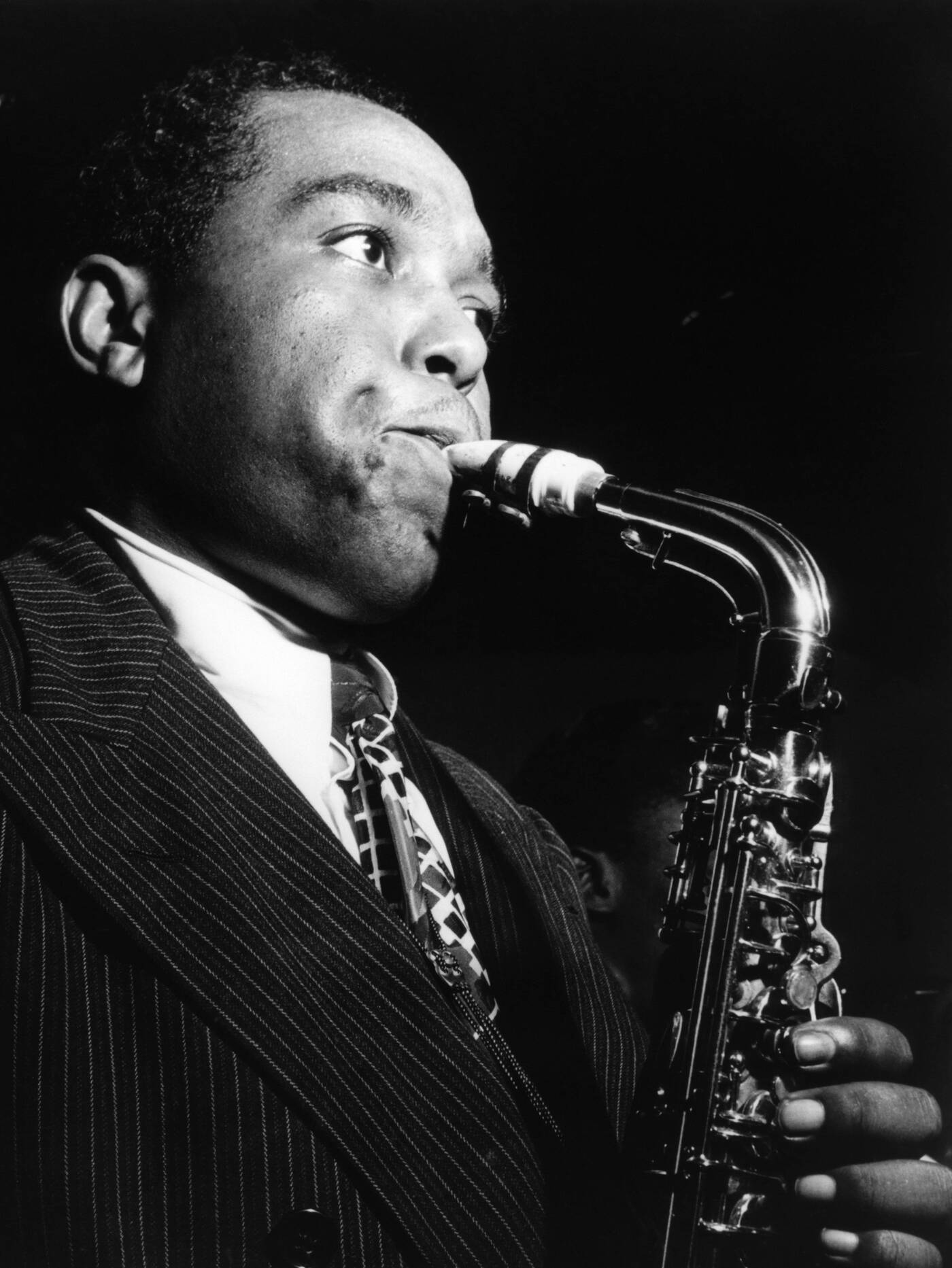 Charlie Parker was born Aug. 29, 1920. On his birthday, we remember the jazz legend with a report that aired on Weekend Edition in August 2000.

The man people called "Bird" was a brilliant improviser on the alto saxophone and a pioneer of the post-war style known as bebop. One his early masterpieces was the tune "Ko Ko." The two-minute and 53-second record has a simple structure. It begins with the alto saxophone and trumpet playing in unison, followed by Parker and trumpeter Dizzy Gillespie trading eight-bar melodic phrases, then another quick unison bridge.

"And then bang — and there literally is a bang, Max Roach plays a bang — and it goes into Charlie Parker's solo," says Gary Giddins, author of Celebrating Bird: The Triumph of Charlie Parker.

This was Parker's first record as a leader — his first opportunity to step out front and state his own case for the high-speed melodic inventiveness and off-beat playing that characterized the new style called bebop.

"This is played at supersonic velocity, where there are no predictable beats," says Giddins. "It's like a ping-pong ball being blown by a fan in a very small room, where he changes the accents on every measure, on every phrase. Some of the phrases are extremely long; some are just short — they're little riffs like 'Do-be-dap, a-do-be-dap' that sound like it's a knife blade going through the music. Then he'll do something like — he quotes at the beginning of the second chorus, he plays the old piccolo obbligato from 'High Society,' a very traditional New Orleans lick, which Parker takes and he makes it fit. And I swear, the first time you hear it it's like somebody dumped a bucket of ice water over your head, because it's not like anything that preceded it."

In a rare 1951 interview conducted by saxophonist Paul Desmond and DJ John McLelland, Parker was asked how his playing managed to break so violently with the alto styles of the day, those of Johnny Hodges and Benny Carter. Parker answered that he just played like he always had.

"Ever since I've ever heard music, I thought it should be very clean, very precise — as clean as possible, anyway, and more or less tuned to people. Something they could understand, something that was beautiful, you know? Because definitely there are stories and stories and stories that can be told."

I swear, the first time you hear it it's like somebody dumped a bucket of ice water over your head.

The story Parker set out to tell in "Ko Ko" was actually not new. Parker wanted to record his version of "Cherokee," a popular dance tune by Ray Noble that was a huge hit for Charlie Barnet in 1939. It was recorded that same year by Parker's idol, tenor player Lester Young, with the Count Basie band.

The difficult chord changes in "Cherokee" provided the template for Parker's new style. He learned how to play bebop improvising on "Cherokee." But when Parker went into the studio to record his version, he ran into a problem, says jazz historian Phil Schaap.

Schaap remastered the original "Ko Ko" tapes for reissue on CD. He says Savoy Records producer Teddy Reig was not about to pay royalties, so we wouldn't let his musicians cover other people's songs, something that Parker and his group didn't know when they launched into their first take of "Cherokee."

"On the outtake, they play the very same arrangement that is 'Ko Ko,' and then they jump into the melody of 'Cherokee' and Teddy would go [whistles], 'Hold it! Hold it! You can't play' — and it cuts like that," says Schaap. "'[Reig's] boss, Herman Lubinsky of Savoy Records, he's making a fortune by using chord structures of pre-existing tunes and placing new melodies on them, or even if there's no melody, calling it a new tune.' That's his gig. That's his scene. And, of course, that is the device of bebop composition, most divinely for Charlie Parker when playing the ambitious changes of Ray Noble's 'Cherokee.'"

So on the next take, Parker played the same arrangement without the "Cherokee" melody, and he called it "Ko Ko." But there were other improvisations on that November day. First, Dizzy Gillespie was never supposed to play on the record.

"Diz was a spectator by initial intent," says Schaap. "The Savoy ledgers state that when this record date was assembled, it was going to be Charlie Parker's first record date as a leader, to distance him from Dizzy and the fact that Dizzy, by the way, had signed with the Musicraft-Guild family of labels, so Dizzy's not going to be there. And Parker wisely had already made his decision to get a more spare style as a foil for the other horn, if it was going to be a bebop quintet. And so he hires Miles Davis — all of 19 [years old] — but he couldn't master playing that intricate arrangement of 'Ko Ko.'"

And then there was the problem with the piano player. Parker had hoped to use Bud Powell, his colleague in pioneering the new bebop style during the war years. But Powell had been arrested after defending Thelonious Monk in a fistfight with the police, and nobody knew where he was. At the last minute, Parker brought along a piano player from Minnesota named Sadik Hakim, who, like Parker, lived in the Dewey Square Hotel.

I put quite a bit of study into the horn, that's true. In fact, the neighbors threatened to ask my mother to move once, when we were living out west. They said I was driving them crazy with the horn.

"Sadik had a style," says Schaap, "but he didn't have a New York City union affiliation. And the 802 delegate said, 'Well, where's your union card?' So Sadik rolls out a Duluth, Minn., American Federation of Musicians membership card with an attached piece of worn-out paper from '44, early '44, that allowed him to work on a Duluth card in Chicago. They said, 'Well, what's this junk, man? You can't play on the date.' And he stood there, so now they didn't have a piano player."

Gillespie ended up playing both the piano and the trumpet parts on "Ko Ko." "He plays the trumpet introduction on Miles' trumpet with his mouthpiece," says Schaap, "puts the horn down, goes over to the piano and in one of the most seamless moments ever, takes over the chording behind Parker's solo."

Despite the last-second personnel changes, Parker nailed a flawless solo on "Ko Ko." But critic Gary Giddins says it takes careful listening to appreciate it.

"But it's played so fast that you as a listener have to train yourself to be able to listen as fast as Charlie Parker plays. And if you listen at the same velocity of his phrasing, then you begin to hear that it's just nothing more than one melodic rhythmic concept after another. Parker's the most spontaneous of musicians, and yet at the same time, he is always coming up with melodic ideas, always. There's a tremendous core of beauty and logic and coherence in everything he does."

The records that came out of the "Ko Ko" sessions introduced Parker to listeners beyond the New York clubs. Soon radio carried him to an even wider audience. Parker became a sensation. Musicians everywhere began to emulate his alto style — and his lifestyle — and jazz began to change from music for dancing to music for listening.

In 1947, Parker played "Ko Ko" at Carnegie Hall as a guest soloist with the Dizzy Gillespie Big Band. Four years later, when Parker was asked how he developed his extraordinary technique, he told his interviewers how he got to Carnegie Hall.

"I put quite a bit of study into the horn, that's true," Parker said. "In fact, the neighbors threatened to ask my mother to move once, when we were living out west. They said I was driving them crazy with the horn. I used to put in at least from 11 to 15 hours a day.

"Definitely, study is absolutely necessary in all forms — it's just like any talent that's born within somebody. It's just like a good pair of shoes when you put a shine on it, you know? Like schooling brings out the polish of any talent. It happens anywhere in the world."

Parker's talent was immense, but fleeting. He was only 25 when he recorded "Ko Ko," but he was already addicted to heroin. Ten years later, ravaged by drugs and alcohol, he died in a New York apartment. But with that record on Nov. 26, 1945, Parker assured his immortality.