Accessibility links
Set The Night On Fire: Behind The Doors' 'Light My Fire' The Doors' 1967 hit "Light My Fire" broke the mold of the conventional hit pop song.

Listen
Set The Night On Fire: Behind The Doors' 'Light My Fire' 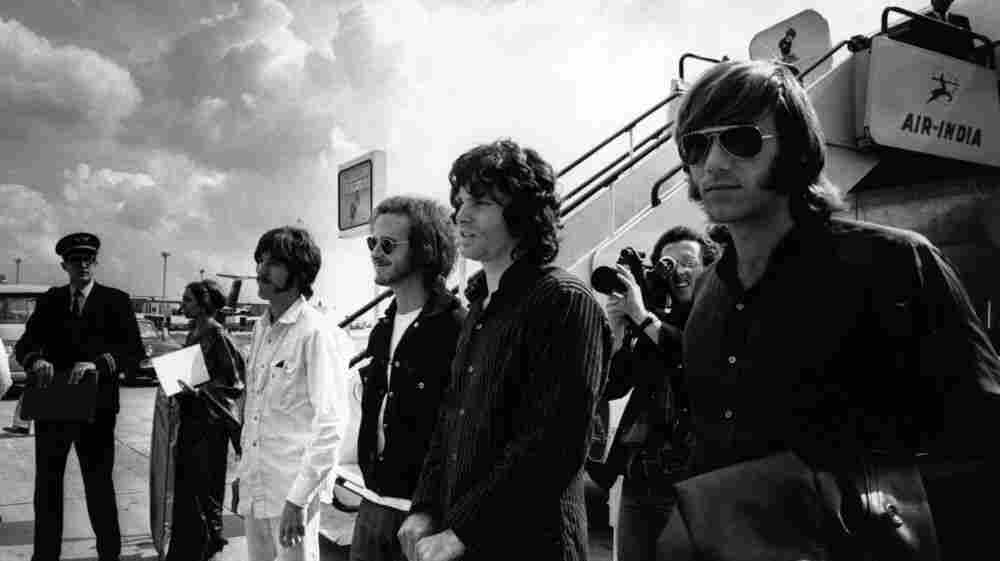 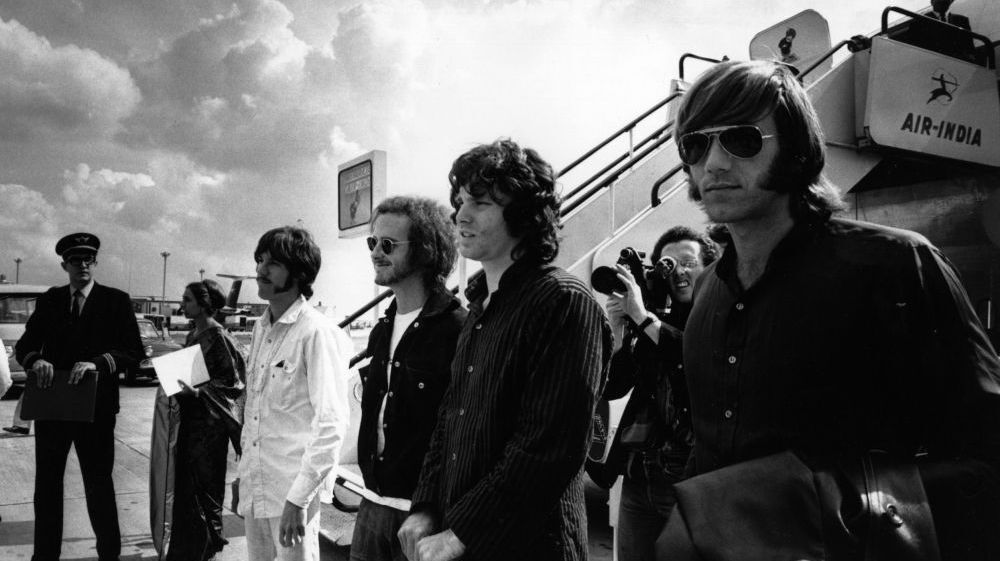 The Doors arrive at London Airport in 1968.

The Doors' 1967 single "Light My Fire" is one of the NPR 100, our list of the most significant American musical works of the last century. Guy Raz has the story.

In 1960, Rodgers and Hammerstein collided with John Coltrane when the saxophonist let loose on the saccharine show tune "My Favorite Things."

It was a pivotal moment in modern jazz, as Coltrane consciously set out to vary his genre's repertoire. Some unintended results were its impact on American rock 'n' roll and on Ray Manzarek, a classically trained organist.

Five years after hearing Coltrane's "My Favorite Things," Manzarek moved to Los Angeles, where he met a poet, Jim Morrison; a guitar player, Robby Krieger; and a drummer, John Densmore, who also happened to be a jazz fan.

For Densmore and Manzarek, the freedom in jazz exposed the rigid parameters of the rock 'n' roll world, where AM radio ruled the airwaves. "In those days, if you wanted to be on AM radio, you had to be at three minutes," Krieger says.

Krieger grew up in Southern California. The fun in the sun sound — surf doo-wop music, Dick Dale, Jan and Dean, and The Beach Boys — provided the background music for kids like Krieger, who grew up near the beach.

Sandwiched between the north and south end of LA surf beaches is Venice. By 1965, long abandoned by the body-worshiping surf set, Venice was poised to become a New World beach of beat poetry. It was a place where Jewish pensioners, gathered in front of synagogues, mingled with the mystical hippies on the boardwalk — and a place where four artists, each one with his own musical sensibility, came together as The Doors to make psychedelic rock the sound of Los Angeles.

Manzarek remembers, "We were aware of Muddy Waters. We were aware of Howlin' Wolf and John Coltrane and Miles Davis. Plus, Jan and Dean and The Beach Boys and the surf sound. Robby Krieger brings in some flamingo guitar. I bring a little bit of classical music along with the blues and jazz, and certainly John Densmore was heavy into jazz. And Jim brings in beatnik poetry and French symbolist poetry, and that's the blend of The Doors as the sun is setting into the Pacific Ocean at the end, the terminus of Western civilization. That's the end of it. Western civilization ends here in California at Venice Beach, so we stood there inventing a new world on psychedelics."

Click the audio link above to hear the full story behind The Doors' "Light My Fire."