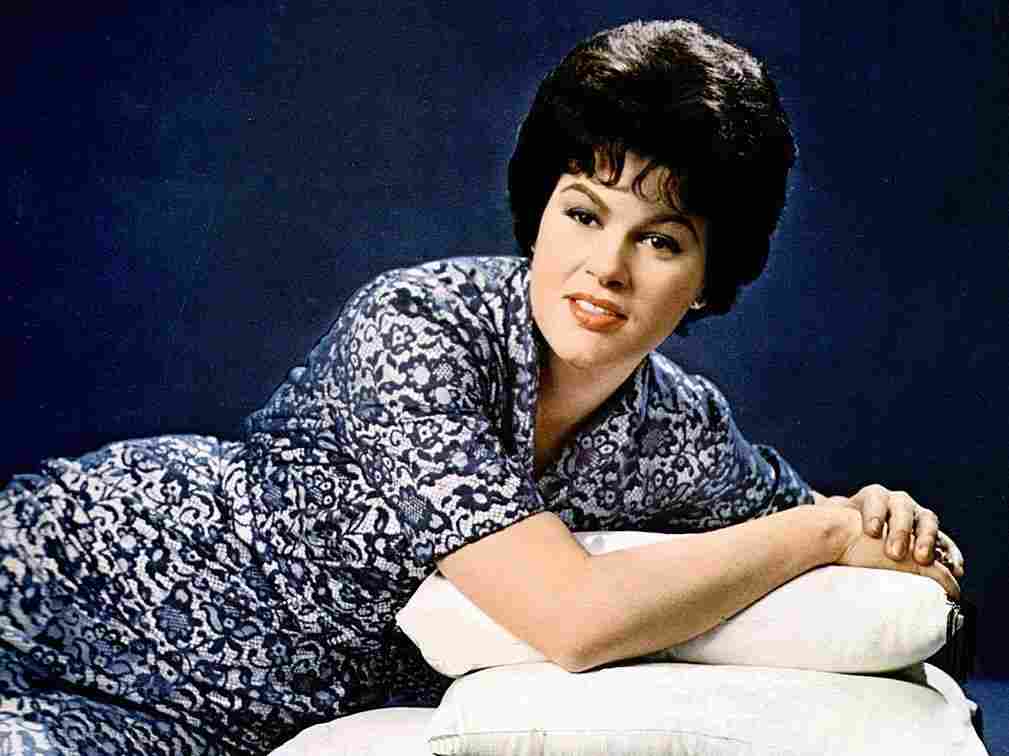 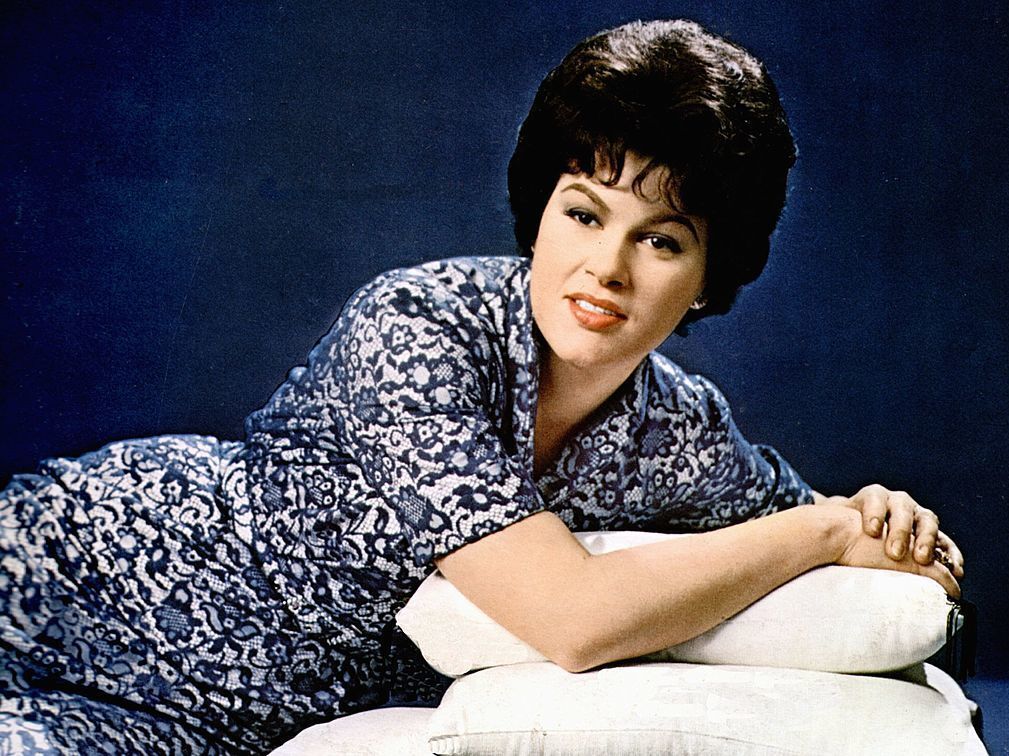 Patsy Cline's husband, Charlie Dick, helped to find "Crazy" for his wife. He says he was waiting for Patsy in a bar, and he found a record on the jukebox he wanted her to hear. It was by Paul Buskirk and His Little Men featuring Hugh Nelson. He then met Hugh Nelson, now known as Willie Nelson.

"Later that week on Saturday night, I was at the Opry, and I tried to buy that record someplace, and they didn't have it because it was on a small label," Dick says. "So he gave me one. And I took it home and listened to it about half the night and kept Patsy up half the night, and she didn't think too much of that. And that's when we finally got the demo on 'Crazy.' She didn't think too much of the song. She just didn't even want to hear Willie Nelson's name mentioned. And then Hank Cochran, who was a song plugger for the publishing company Willie was writing for, when he came over to bring this tape of 'Crazy' that he thought was so good — Willie actually sat in the car; he didn't come in the house, 'cause I'd told him what Patsy said about me keeping her up all night. So he waited outside. He didn't want to lose a sale."

By all accounts, it was not an easy sale. In 1960, when she was 28, Patsy Cline got the job she'd wanted all her life. She was part of the cast of the Grand Ole Opry. She saw herself as a country singer. She didn't particularly like the vulnerable heartbroken sound of songs like "Crazy." But a record producer, Owen Bradley, felt those songs were exactly right for Patsy Cline.

"Patsy had incredible vocal technique," says Paul Kingsbury, a music historian at the Country Music Hall of Fame and Museum. "She was a very powerful singer and very versatile, capable of growling or purring, vaulting octaves with ease. But beyond just the raw technique, Patsy was able to give you a window into her soul. You feel that you're hearing exactly how Patsy feels, almost as if she were a neighbor coming over for a cup of coffee and spilling her heart out to you."

"Crazy" was recorded in the summer of 1961. Patsy Cline had been in a terrible car accident, a head-on collision in which she was thrown through the windshield. She was not quite ready to go back to work when Owen Bradley scheduled the first recording session for "Crazy," but she came in to hear what Bradley had in mind for the record. He had planned a fairly complicated production for Willie Nelson's unusual piece of music.

"Willie wrote and was writing at that time, early '60s, very different songs from typical country music fare," says Kingsbury. "Instead of the usual three or four chords that were just major chords and sevenths, he was writing 'Crazy' with jazzy minor sevenths, major sevenths, minors. If you count the chords, there are about seven chords in 'Crazy,' very different for a country song at the time. And also Willie wrote some great lyrics. There are some wonderful alliteration in that, and Willie was going through his own romantic troubles with his wife, Martha, at the time, and you hear that in his songs like 'Crazy' and 'Hello Walls.'"

Owen Bradley had plans for "Crazy." He wanted to produce a new form of country music. He had a number of innovations in mind. He wanted a background vocal to add richness and sophistication, so he brought in The Jordanaires, who also recorded with Elvis Presley. He hired a young piano player, Floyd Cramer, who provided what the other musicians referred to as "tinkling." He had a bass guitar, which added a kind of jazzy percussion to the mix. And he set aside a whole recording session just to work out the background sound, without Patsy's vocal. That was added a week later. That doesn't sound complex by today's standards, but at a time when four songs were produced in an average afternoon session, it was incredible attention to detail.

We asked three of the session musicians who were on the original recording of "Crazy" to talk to us about it. They are Bob Moore, the bass player, Gordon Stoker, the top voice of The Jordanaires, and guitarist Harold Bradley, whose brother Owen produced the record. As they always did, they worked that day from a demo, a fairly unadorned version of Willie Nelson singing "Crazy." Patsy Cline was there while the musicians and Owen Bradley tried out the song, and, Gordon Stoker told us, she was not impressed.

"I remember when Patsy heard the demo, she said, 'Look, Hoss, there ain't no way I could sing it like that guy's a-singing it,'" Stoker says. "I always got such a kick out of the way she talked. Phrasing. The phrasing of it. The way he cut his words off and choppy. She didn't want to do it like that. She wasn't going to do it that way."

But what about the artistic disagreement — or at least tension — between Owen Bradley and Patsy Cline?

"When they got the hit 'I Fall to Pieces,' they didn't have any
more arguments," Moore says. "But before that, there were some arguments and disagreements. And one of the things, I think, was something Owen did was to make her slow down the songs. And she didn't want to slow them down. And when you slow them down, she'd put a lot of feeling in there, but sometimes I thought she just had a lot of feeling 'cause she was kind of mad at Owen because, you know, she wasn't really thrilled over doing something that slow." 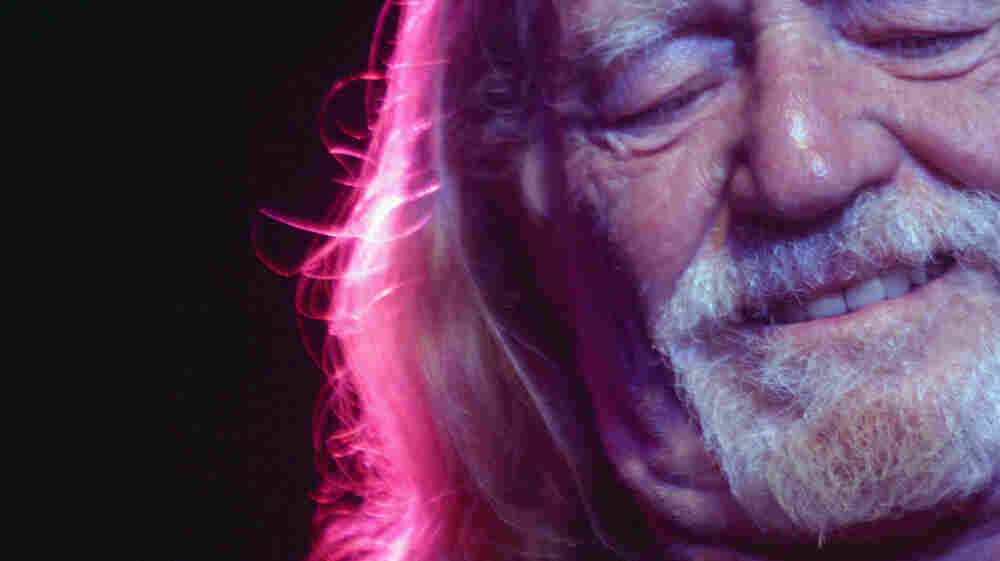 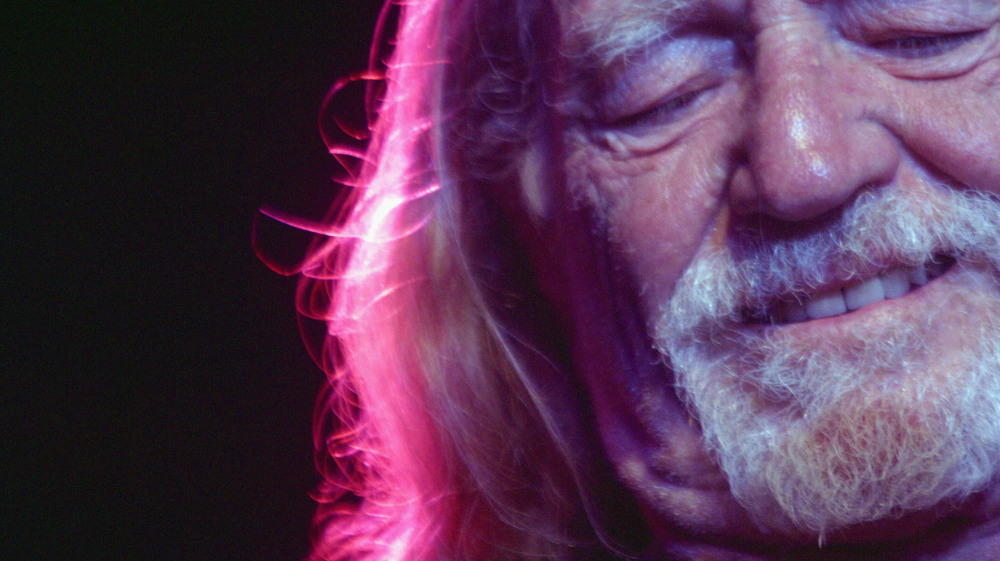 The tick-tack bass — an octave lower than a normal guitar, and it's an octave higher than a bass, in the middle between a percussive instrument and a musical instrument – was important to the unique sound of the recording.

"Right," Mr. Moore confirms. "And Harold could turn that treble on it up to where it was real treble, and it would pick up his pick, and you get a click. If you want to hear a real good example, right at the very end, Patsy says, 'I'm crazy for loving' — right there, the band stops. And when she says, 'you,' we come back in and play just a bar and three beats. And the tick-tack is very predominant right in that place."

"He defined his version of the Nashville sound with the tick-tack bass and the
chink guitar," Bradley adds.

"I remember how much I loved it," Mr. Stoker says. "I know I remember that. I remember I was pleasantly surprised at how great she did it, with how much feeling she did it."

There is a music legend about "Crazy" that it was recorded in one take. That's true and not true. The studio musicians recorded their part after what they felt was a good amount of rehearsing and experimentation. But when Patsy Cline came in a week later to record the vocal of "Crazy," she did sing it only once. That one version is magical, and it's still selling records. Young singers are still measuring their own efforts against hers. Country singer Kathy Mattea treasures the idea that a woman like Patsy Cline could walk into a studio and sing "Crazy" one time from the heart.

"One of the downsides of technology is that it has allowed us not to believe in magic anymore," says Kathy Mattea. "And when music is at its best, it's like throwing up a butterfly net and catching a moment in time. And, you know, when you work it too hard and make it too perfect, you know, it's like you don't see the forest for the trees. Sometimes the flaws in something or the moments where it's not perfect are what makes it special."