Accessibility links
'(Sittin' On) The Dock Of The Bay' Otis Redding's 1967 song was finished by co-writer Steve Cropper after Redding's tragic death.

Title: Sittin' on the Dock of the Bay

As performed by Otis Redding

These Arms of Mine

Sittin' on the Dock of the Bay 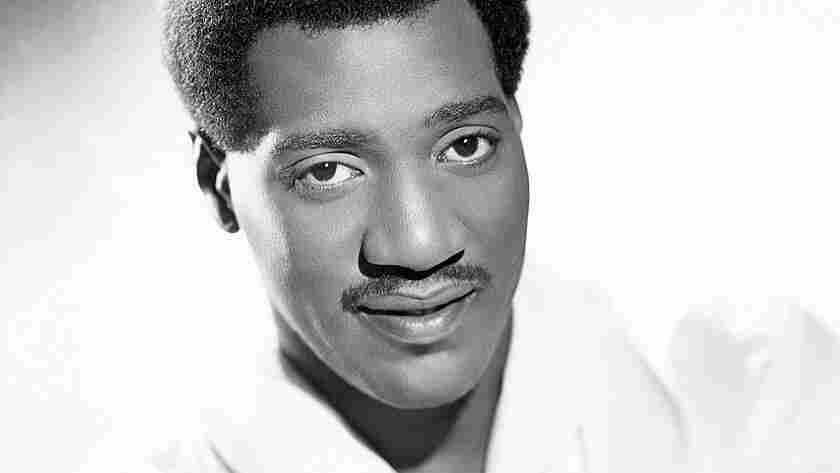 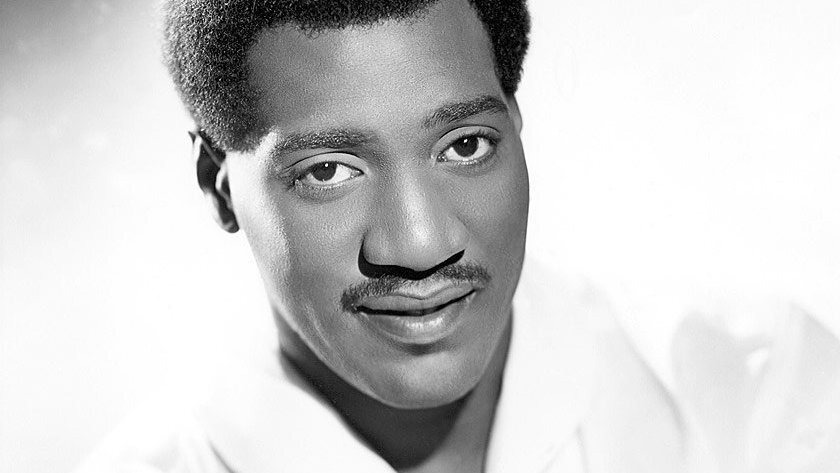 An early promotional photo of Otis Redding, circa 1966.

Although his songs were sometimes self-deprecating, they were fueled by Booker T. & the MGs and the Memphis Horns, a sound that inspired the Blues Brothers, The Commitments, even The Black Crowes. But Redding's life was cut tragically short when his plane went down in December 1967. He left behind an unfinished song. "Sitting On The Dock Of The Bay" became his biggest hit. The song's co-writer, producer and guitarist, Steve Cropper, remembers how he first met Otis Redding while recording a band called Johnny Jenkins and the Pinetoppers.

"There was this big guy driving the car, and he pulls up and then he gets out and unlocks the trunk and starts pulling out amplifiers and microphones and all this stuff. And I thought he was a roadie, you know? He's a big, strong guy. I figured, `Yeah, he's a bodyguard and then roadie and stuff, valet or whatever.' Anyway during that session, Otis Redding, as we know him now, came to our drummer Al Jackson and said, `You know, I'm a singer, and sometime I'd like to get somebody to hear me sing.' And so I was kind of the designated A&R director at Stax at that time and I used to hold auditions on Saturday. And Al came to me and said, `This guy that's with Johnny, he sings with him and he'd like for you to listen to him sing. Can you take two or three minutes and listen to this guy?' And I said, `Well, yeah.' We were just kind of cleaning up after the session. Most of the guys were leaving. They had night gigs in those days."

"So he came down to the piano. And I said, `OK. You know, what do you want to do? 'And he said, `Well, I don't really play anything. I play a little'--he called it--`guitar.' But he said, `If you can just give me some of those'--we call them triplets, you know, dah-dah-dah--`on the piano,' he said, `you know, and I'll sing for you.' So anyway I said, `What key?' And he didn't know. And so I just kind of started him. I think I was playing in B flat. He comes out, (Singing) `These arms of mine,' you know? We all fell on the floor, of course, and that song on one note. It just blew us away, you know? And I just stopped and I grabbed Jim Stewart. And I said, `Jim, you got to come and hear this guy's voice,' you know? And so we sat down, and then Jim couldn't believe it either. And so Al was still there. I think Louis Steinberg had already packed his bass up. He hadn't left yet but it was in the car and Jim hollers--he said, `Grab Louis and get his bass out.'"

"And we went back in the studio with Al Jackson. I wound up playing piano because Booker had already left. Louis Steinberg and Johnny Jenkins played guitar, and we cut "These Arms Of Mine," which was Otis Redding's first hit."

"Otis was one of those guys that had so many ideas. He had so much energy in him and so much music in him. He kind of had these traffic jams basically what it was. And he needed help getting them worked out. Well, he came and he'd sing the first line that he had in `Sitting in the morning sun.' And he said, `You know, what are we going to do with this?' And the way I wrote with Otis, it was a pretty simple formula actually. Otis was just bigger than life. It was real easy to write about Otis, and if you listen to any of the other songs that have Cropper written on them, where I was the co-writer with Otis, usually those songs are about him, you know, "Mr. Pitiful" and all these other songs. And so I just started writing. And he had just left San Francisco where he played at the Filmore."

"I thought he was talking about watching the big ships come in, you know, by the San Francisco Bridge, Golden Gate Bridge. And what he was really referring to were the ferries that ran back and forth to Sausalito there. So the rest of the song where I said, you know, `I left my home in Georgia, headed for the Frisco Bay,' it was just about him going out there to perform at the Filmore."

"I think the difference in "Dock Of The Bay"--just lyrically, it hits the masses. It hit the working man. It hit everybody. You know, `I'm working my can off and it seems like nothing's going to happen, nothing ever comes my way.' It's, you know, `My whole life is about bad luck,' and that sort of thing. And, `I'm just going to take life as it comes.' And I think that's why I think it hit so many people."

"Otis had just recovered real well from a throat operation. We were so excited, and we had so much energy. It was just amazing. I mean, we were just so possessed. We were so happy to be in the studio because we hadn't been in there for a while, and the fact that he sounded so good and we had all these great ideas, you know? And I think that "Dock Of The Bay," the fact that he came in with it and we were able to finish it so quickly, it just set up that whole period of time, that whole week. So in reality, probably it was about Otis and what was going on in his life. It was a very happy time for us."

"When you think about it, you know, `I'm sitting in the morning sun, I'll be sitting when the evening comes,' he's really just kind of whittling his life away. And I don't know how to explain it either. He hadn't really given up, but he's just taking life in stride, you know?"

"`Looks like nothing's going to change. Everything remains the same. I can't do what 10 people tell me to do. You know, I can't deal with all these bosses and all the people yelling at me.' And then he says, `I'm just going to sit here and watch the ships come in, you know, watch the tide, listen to the sea gulls.'"

Were the surf and the birds--were they always part of the conception of the song?

"No, not at all. They were influenced because when we were in the studio in the outtakes and just working the song, Otis was making all these `ca-ca-ca'--you know, making these funny sounds. He was kind of the clown guy and a jokester anyway, you know, keeping everybody laughing in the studio. And even on a serious ballad, he'd come out with something crazy to just kind of knock everybody to their knees."

"A lot of people may not know this, but Otis never heard the waves, he never heard the sea gulls, and he didn't hear the guitar fills that I did. And I actually went over to a local jingle company there, Pepper-Tanner, and got into their sound library and come up with some sea gulls and some waves and I made the tape loop of that, brought them in and out of the holes, you know. Whenever the song took a little breather, I just kind of filled it with a sea gull or a wave."

"It was very difficult, but they called immediately and said, `We've got to get something out. We have to have something out.' And the seriousness of, the sadness of all of that was the fact that they had not even found Otis Redding at that time. I mean, I got this call on a Monday, and, of course, Otis' plane went down on a Sunday morning. And they said, `Get that thing finished and get it to us.' So I went to work on it. And probably the music is the only thing that kept me going. But I got it done. I got it off to New York. I think I put it on the plane, if I remember, probably Tuesday afternoon or Wednesday. I can't remember exactly when I put it on there, but at least by Wednesday. And I don't think they found Otis' body until Friday."

It's not just about a guy and a love affair. Or it's not just about a guy in a situation in his life. It's, sort of, about life itself. I know that Otis and I weren't thinking that way when we wrote it. I think the one thing that comes out of all of it is that every musician in that room was listening to the singer. And more and more what started several years ago and still continues today I find musicians listening less and less to the singer. And it's like they're embellishing in their own solo career and they're getting in the way of the person who's ultimately got to sell that song and that's the singer. We did it very simply, and as time can tell, so far it's still alive in the year 2000."