Accessibility links
'Born To Run' Bruce Springsteen's album Born to Run came out in 1975 to critical and popular acclaim.

from the album "Chimes of Freedom": Born to Run (live acoustic version) 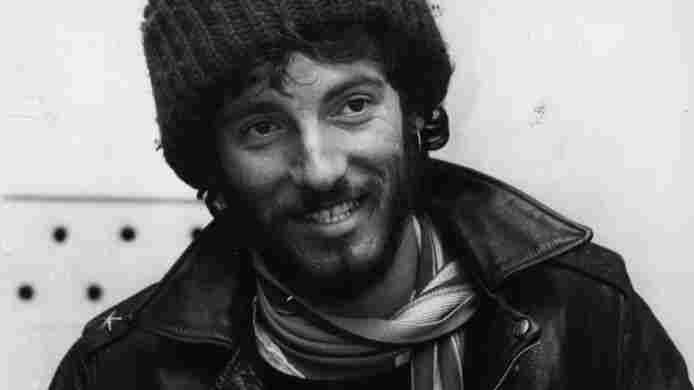 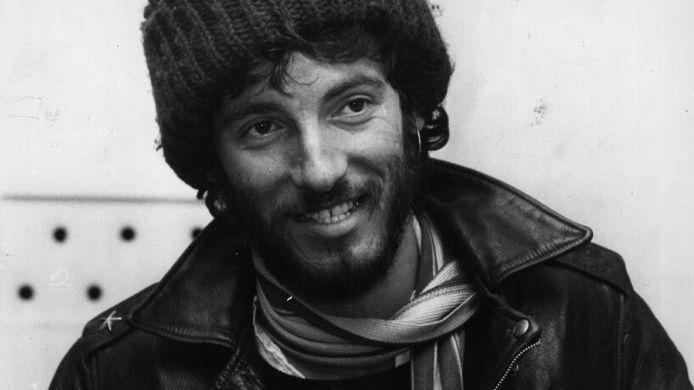 Bruce Springsteen's Born to Run came out in the summer of 1975 to critical and popular acclaim. NPR's Joanne Silberner is one of the many people who listened to it then and keeps coming back to it decades later.

Watch 'Born To Run' Through The Years

Journalists aren't really supposed to have heroes, but Bruce Springsteen is mine.

It's not a rock star or a cult thing. In a TV interview, Springsteen was asked how his songs related to his personal life. He said, "Hey, look, don't confuse the artist with the art. These songs meant one thing to me when I wrote them; they mean something different to me now. And they're going to mean something different to everyone." He said, "People should just enjoy them for what they are."

I bet most people enjoy the song "Born to Run" for the same reason. It takes you right back to high school and that desperate need to go somewhere, anywhere. The song took Springsteen six months to write. He describes it as his shot at the title: a 24-year-old kid aiming to write the greatest rock 'n' roll song ever. The album saved Springsteen's career. His label had been thinking about dropping him after his first two records, but Born to Run landed the scruffy guy from New Jersey on the cover of Newsweek and Time magazine the same week.

More Songs From The Album

Springsteen called Born to Run the dividing line between adolescence and adulthood. The songs on the album are about getting out, and Springsteen had a lot to get away from. He grew up in Freehold, a gritty town near the Jersey Shore. His father held a series of blue-collar jobs and, by all accounts, was a bitter man. Springsteen used to tell stories during his concerts about growing up, about how his mother scrimped to get him his first guitar and how much his father hated hearing him play. He says his father would turn on the gas jets in the kitchen below his bedroom in an attempt to smoke him out. Loneliness is a big theme on Born to Run. Springsteen describes himself as not very popular in high school, and the guy hasn't forgotten.

In every Springsteen song, there's a story or a scene or a character who's fully drawn with just a few words. There's a barefoot girl sitting on the hood of a Dodge drinking warm beer in the soft summer rain. There's a guy talking his friend into doing a little criminal work, reminding him to change his shirt and not to smile. A lot of the characters are in grim circumstances, but there's still hope.

Click the "Listen Now" link above to hear more about Born to Run.