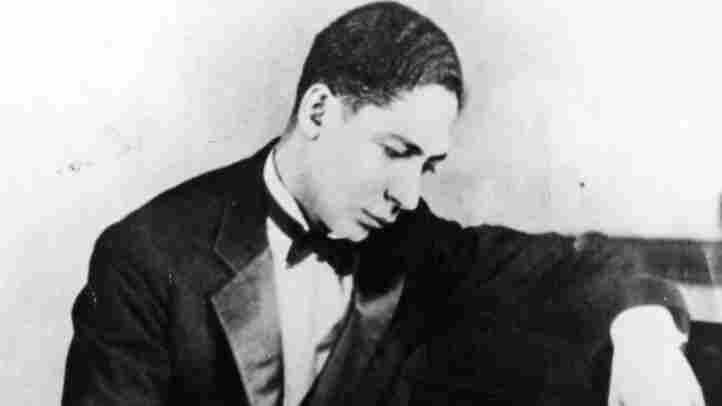 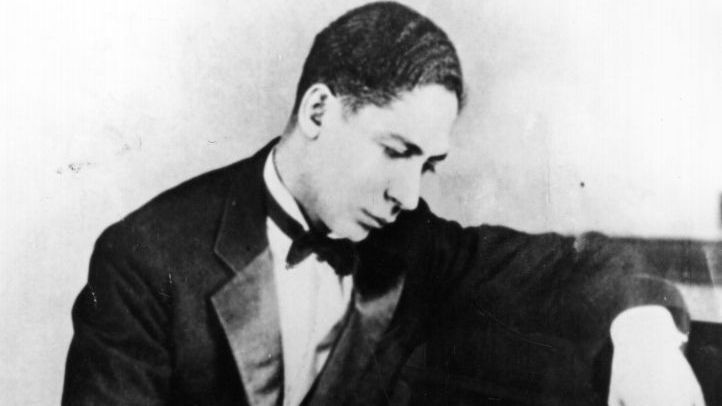 The flamboyant pianist and composer Jelly Roll Morton notably performed his "King Porter Stomp" in 1923 at the Star Piano Company in Richmond, Indiana. Morton titled the song in honor of an admirer of his music, a piano-playing gentleman from Florida named Porter King. It was written around 1905 during Jelly Roll's tenure as a teen-age piano professor in the clubs and brothels of Storyville, the legal red-light district in his native New Orleans. The city's wide range of cultural influences are all there in this composition--African, Mediterranean, Caribbean, and American, simmerings of blues, ragtime, classical, parlor and marching band music.

Morton was born Ferdinand Lamothe in 1890, the son of a bricklayer. He was raised by his grandmother, but he left home at an early age and went off on his own, irresistibly drawn to bawdy houses and playing music. Morton's life was a topsy-turvy affair of recognition and obscurity, riches and poverty, first-class travel and freight hopping that took him to nearly every major city with a vibrant club life. An accomplished pool shark, Jelly Roll was known for flashy suits and hats, bandanas and spats. He sported a diamond in his toothy smile and had the smirking improvisatory wit of a master raconteur. In 1938, in what would be the twilight of his career, Jelly Roll Morton sat down at the piano and vamped, while he talked with Library of Congress folklorist Alan Lomax.

Lomax had found Morton running the Jungle Inn, a ramshackle jazz club on nearby U Street in Washington, DC. Morton began his now legendary narrative talking about his French Creole ancestors.

"As I can understand, my folks were in the city of New Orleans long before the Louisiana Purchase, and all my folks came from France," Jelly Roll Morton said in the interview. "They just crossed the world. I remember so far back as my great grandmother and great grandfather. My great grandfather's name was Emile Peche. That's a French name. And my grandmother was Meme Peche. It seems to be all French. And as long as I can remember those folks, they never was able to speak a word in American or English."

When he talked with Alan Lomax, Jelly Roll elaborated on the differences between his people, the educated French Catholic Creoles descended from antebellum free people, and the English-speaking African-Americans they often disdain socially, but whose musical prowess they emulated in creating a new sound for the 20th century: jazz. Lomax was especially interested in how jazz was constructed, and Morton expounded.

"My theory is to never discard the melody. Always have the melody going some kind of a way. And, of course, your background would always be with perfect harmony with what is known today as riffs, meaning figures, musically speaking as figures. That would be a riff against a melody. In essence, we'd say the melody was, that's what's called a riff."

Jelly Roll was a commanding pianist and an endearing braggart who claimed to have single-handedly created jazz. And most jazz historians would agree. Dan Morgenstern, director of the Institute of Jazz Studies at Rutgers University, says that if Jelly Roll Morton was not the actual inventor of jazz, he was its first great composer and master architect.

"When he talked about music, he said you don't start out with a full glass of water; you start out with half a glass, and then you gradually fill it up. He knew how to build to a climax. And that's what "King Porter Stomp" does so very well. At the climax, he actually starts building what we now call riffs, and it swings like the dickens, you know? You have to stomp your feet to that."

Perhaps because Morton had viewed the piano less as a solo instrument and more like a whole orchestra, "King Porter Stomp" was adapted and performed by many full bands in the 1920s. But it was Fletcher Henderson's 1928 version that put it indelibly on the map.

With the onset of the Depression, Henderson's band fell on hard times, and he turned his talents toward arranging. When Henderson was hired by a young Benny Goodman to arrange "King Porter Stomp" for his touring big band, a new era in jazz was born.

Throughout the '30s and into the war years, big band versions of "King Porter Stomp" came to define the new propulsive, streamlined style called swing. The tune was performed by black bands and white bands alike, from Cab Calloway and Count Basie to Glenn Miller and Tommy Dorsey. But by the late '30s, Morton was passe, or even unknown, to many of the big bands and their new young audiences. Unfortunately, when he had needed money, Morton had sold the publishing rights to many of his works, including "King Porter Stomp." And in his 1938 recordings for the Library of Congress, Morton pointed out that "King Porter Stomp" was not just a part of nearly every big band's repertoire. It also provided the foundation, in its memorable riffs, for many other hits."

"Now this tune become to be the outstanding favorite of every great, hot band throughout the world that had the accomplishments and qualifications of playing it. And until today, this tune has been the cause of many great bands to come to fame. It has caused the outstanding tunes today to use the backgrounds that belong to "King Porter" in order to make great tunes of themselves."
"Jelly had so many people to borrow, take, steal a lot of his musical ideas and not give him credit," says Dr. Michael White, a jazz clarinetist from New Orleans who has long studied and played the music of Jelly Roll Morton.

"He was credited, of course, for 'King Porter Stomp,' but because of his character and personality, he had no bones about letting everybody know that this was his music and that all of it was his music. So I think he was proud, but at the same time, I think he felt like he was being cheated because he didn't reap as much of the financial benefits of the music. And then a lot of musicians did try to discredit him because he, you know, bragged so much about his playing and about his having created jazz and how everyone was stealing his music. But in truth, they were."

A cool post-bebop version of "King Porter Stomp" was made by the Gil Evans orchestra with Cannonball Adderley in 1958. All kinds of interpretations have been recorded over the decades: avant-garde, jazz and pop. Jelly Roll himself recorded a couple of hot retakes, including this one from 1939.

He was encouraged by the impact of the Library of Congress sessions and by the fact that traditional jazz was undergoing a revival. Morton was poised to regain the fame that he had had in the 1920s when he and his band, The Red Hot Peppers, were taking New Orleans-based ensemble jazz to a national audience. But in July, 1941, before he was able to recapture that fame, Jelly Roll Morton passed away from a combination of asthma and heart failure. He was 50 years old.

Jelly Roll Morton has a new popularity today. His ensemble music is played from New York City's Lincoln Center to New Orleans' French Quarter. His autobiography, "Mr. Jelly Roll," is now a classic in oral history. And the "King Porter Stomp" with Morton, the inventor of jazz at the piano, remains a fundamental element in the soundscape of the 20th century.