Accessibility links
'Mack the Knife' This jazz standard has its roots in a song from the 'Three Penny Opera' with decidedly less mainstream pop appeal.

Only Available in Archive Formats.
'Mack the Knife' 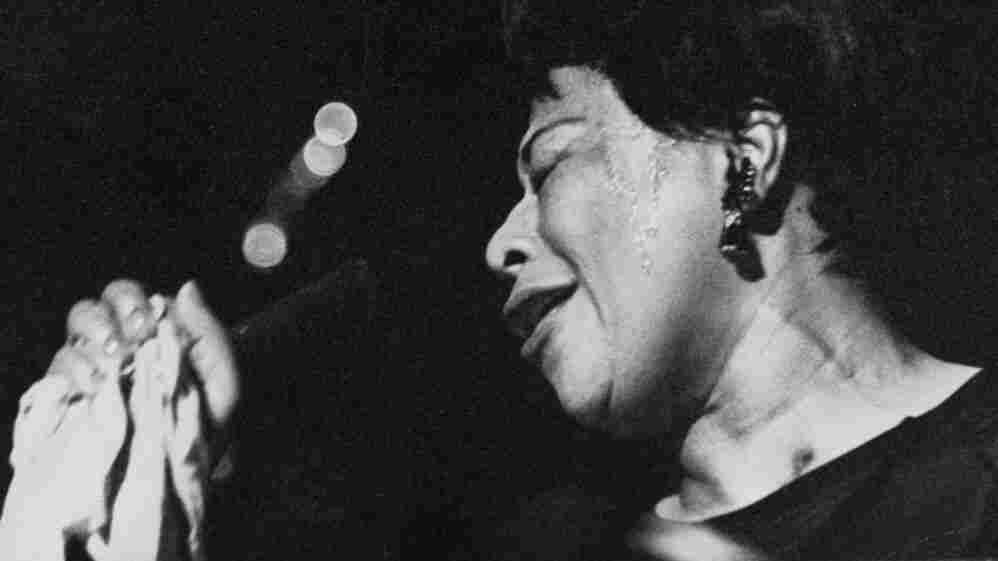 Ella Fitzgerald — one of many artists who popularized 'Mack The Knife — performing at the London Palladium. Keystone/Getty Images hide caption 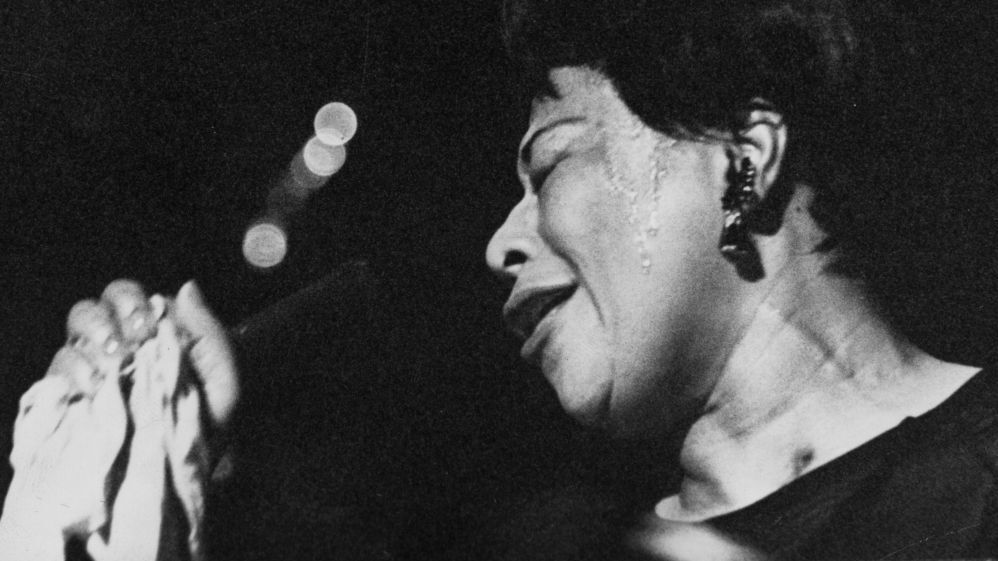 Ella Fitzgerald — one of many artists who popularized 'Mack The Knife — performing at the London Palladium.

"De Moritat vom Mackie Masser" is not American, and neither were Kurt Weill and Bertolt Brecht when they wrote the tune. It was part of a musical, "Die Dreigroschenoper," that opened in Berlin in 1928. Both its authors went on to live in the United States; Brecht briefly, Weill permanently, becoming a citizen in 1943. So what makes this an important American work? Well, it's not. But "Mack The Knife" is.

The difference was not Bobby Darin, although he was a fine singer who popularized the song. The difference was Mark Blitzstein. He was an American, a composer, lyricist and playwright. Lately, he's been celebrated as the author of a piece that owed a lot to Brecht and Weill, "The Cradle Will Rock." Blitzstein had seen "Die Dreigroschenoper" in Berlin and must have recognized in it the American elements of gangster life and blues and jazz. But it wasn't until the '30s, back in the USA, that he became heavily influenced by another Brecht collaborator, the composer Hans Eisler. Eisler was a Communist and an activist. Blitzstein attended his lectures, they became friends and Mark Blitzstein began to look at musical theater as a way of making social change. An English translation of "Die Dreigroschenoper" was a flop on Broadway in the '30s. But in 1954, Blitzstein's version of it opened off Broadway in Greenwich Village for a limited run. The public and the critics cried for more and, thanks in no small measure to its star, Lotte Lenya, Kurt Weill's wife, "The Three Penny Opera" reopened a year later and ran, as they say, forever.

Now in the quarter century since the show's European premier, a lot had happened musically. Jazz had come of age and learned to swing, and that demanded a whole new way of writing lyrics. Mark Blitzstein translated pretty faithfully Brecht's violent, seedy lyric about a murderous thief; so well, in fact, that Bobby Darin's 1959 version was actually banned by some radio stations. But his translation also managed to give the tune a whole new world of rhythmic possibilities. He used one-syllable words to exploit the plaintive style of Kurt Weill's music. Sorry to get technical, but it is remarkable. Of the 26 words in the first chorus, only four have as many as two syllables, and two of them are `jackknife' and `Macheath.' That gives the lyric an edgy quality and allows the singer to challenge the rhythm. It's no wonder that the first vocalist to make a hit of "Mack the Knife" was the master swinger himself, Louis Armstrong.

Suddenly, with all those one-syllable words, singers have terrific freedom to place them wherever they want. You can't really do that in the German. With Blitzstein's lyric, you can swing, you can rock or, if you're Bobby Darin, you can do a little bit of both.

"Mack the Knife" is a hybrid, but it's characteristic of the versatility and flexibility of American popular music. It's been performed by everybody from the The Doors to Duke Ellington to Marvin Gaye. More versions of "Mack the Knife" have appeared on Billboard's Top 40 than any other song. One of those versions is by Ella Fitzgerald.

In 1960, Ms. Fitzgerald sang the song in Berlin, bringing it back to its birthplace. In a way, it was emblematic of the triumph of American music and lyrics in the 20th century. The Germans, Brecht and Weill, may have assimilated American idioms into their work, but when Blitzstein translated Brecht's words into the American language and style, the song conquered the world.