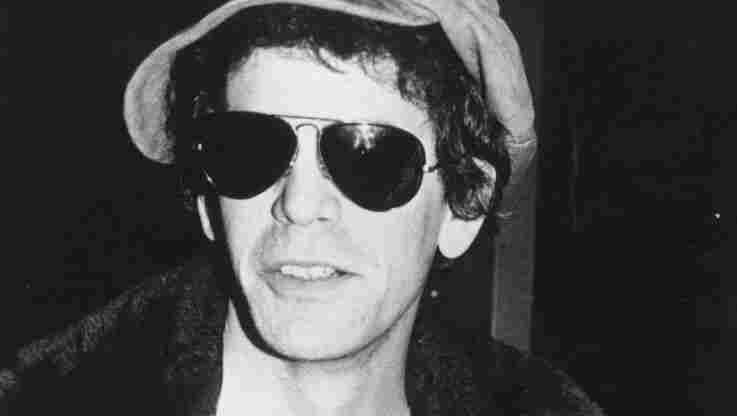 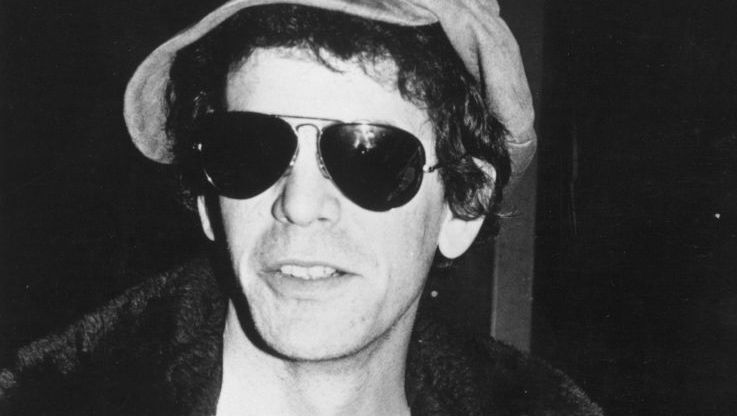 Lou Reed of the Velvet Underground.

Like a lot of people seeing The Velvet Underground for the first time, the kids at Summit High School basically had no idea what hit them.

"Yeah, they didn't like us too much," remembers Maureen Tucker, better known as Moe, was playing her first gig as The Velvet Underground's drummer on the night of November 11th, 1965. She and her three band mates, all dressed in black, had driven from New York City to the New Jersey suburbs to play on a bill with a local band, the Myddle Class.

"So the kids wanted to see them, of course. We just played three songs to open. And there was no booing as I recall, but there was no cheering, either. In fact, probably half the kids didn't even come into the auditorium till the other band came on."

But the ones who ventured in to see The Velvet Underground heard Louis Reed, the front man, literally singing the praises of heroin.

"Heroin" would become one of the most influential songs on the band's debut album. The key elements of The Velvet Underground's sound were in place at Summit High: Tucker's minimal drumming, the screeching guitars of Reed and Sterling Morrison and the bass and electric viola of Welshman John Davis Cale.

"We were not user friendly at all. Anybody listening to a bass guitar and a regular guitar coming out of the same amp, it couldn't have been a really great listening experience. I mean, we went through loudspeakers faster than shoes."

Not everything the Velvets did was confrontational. They opened the set at Summit High with another song that would end up on the first album, a more conventional pop tune called "There She Goes Again."

It's that combination of sonic experimentation and basic rock 'n' roll that most fans cite as the triumph of The Velvet's debut album. Jay Reege is a self-described Velvet Underground obsessive and record collector who lives near Boston.

"The album notes state right there it's a marriage between the Marquis de Sade and Bob Dylan lyrically. Well, I would say the complement of that is The Velvet Underground is the marriage of the John Cage tradition of sound art along with a bunch of Long Island doo-wop from Louis Reed." 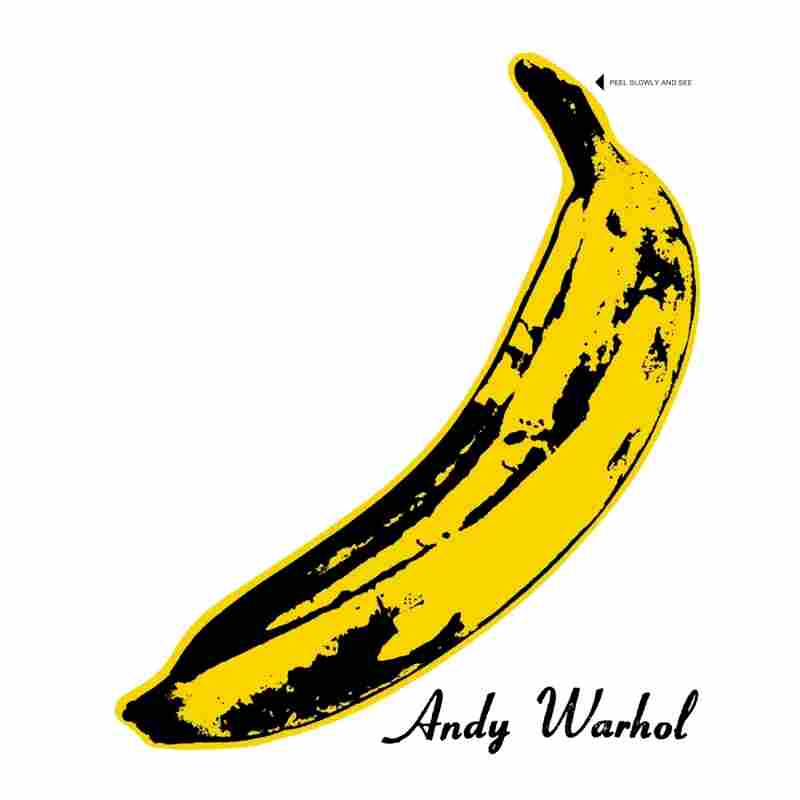 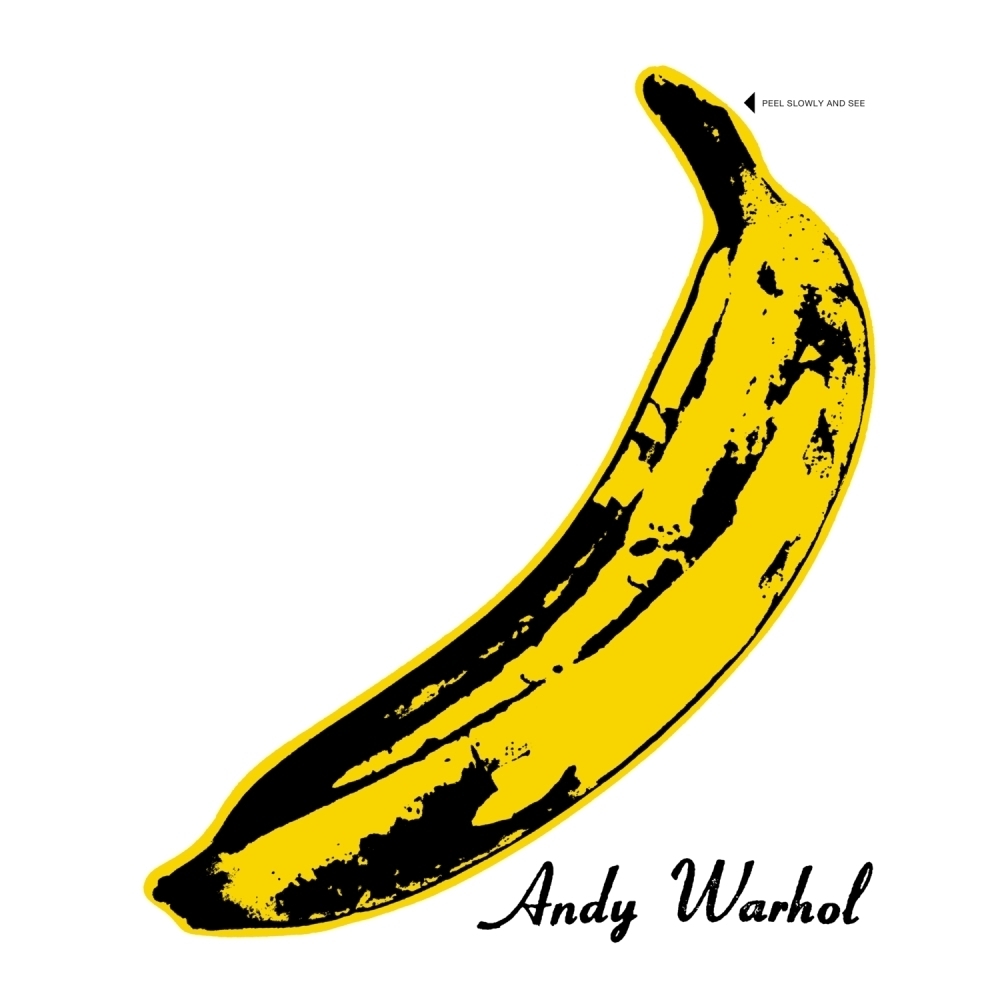 The Velvet Underground And Nico, 1967

In Jay Reege's collection, there are some rare 45s by future Velvets. The oldest is by Louis Reed of Freeport, Long Island. In 1958, he released "Leave Her to Me" with his band The Jades.

A few years later in London, composition student John Cale won a scholarship to study at Tanglewood, the summer home of the Boston Symphony Orchestra.

"Tanglewood was interesting because it was an amalgam of all the foreign artists that were really rising at the time. But I was really interested in unstructured situations and not what Tanglewood represented, anyway."

So not long after getting to Massachusetts, John Cale went on the road.

"The idea in 1963 was to go to New York and really be around the atmosphere of the Beat poets and where the avant-garde was."

Cale fell in with a circle that centered on minimalist composer Lamont Young. He explored micro-tonal music and droning, the power that musicians could generate by playing just a couple of notes for a very long time. They recorded a 24-hour-long drone that included John Cale. Not long after it was recorded, an executive for a small label, Pickwick Records, approached Cale and some other members of Lamont Young's ensemble and asked them if they'd play some concerts to promote a new record. It was a novelty dance number co-written by Lou Reed. John Cale says when he first met the guitarist, Reed was playing an instrument with all six strings tuned to the same note, to B, an innovation that seemed brilliant to Cale. Reed also showed him lyrics to some songs that Pickwick Records wouldn't let Reed record.

"And I suddenly discovered that there was a whole waste of talent behind those records in Pickwick that was going to be ignored and they were not interested in recording 'Waiting For The Man' and 'Heroin.'"

But they were interested in recording something Cale and Reed wrote shortly after they met, a song called "Why Don't You Smile" that pointed the way to The Velvet Underground sound. That sound was captured on an extremely rare single that also comes from Jay Reege's collection.

Not long after that, Sterling Morrison, a college friend of Lou Reed's, joined the new band. Moe Tucker, the younger sister of one of their friends, just happened to have a drum kit. Now all The Velvet Underground needed was for someone to take notice. At the band's next gig, Andy Warhol did just that. Billy Name was a member of the inner circle at Warhol's studio, the Factory, when the pop artist first saw The Velvets playing in a Greenwich Village cafe.

Billy Name says it was instantly clear that The Velvets had struck that same pulse.

"I don't even think he had to say it. We just sort of slid in together in gear. It was sort of like synchronizing because you know where people's heads are at. When you're in the arts world, you know if somebody's on the same plane as you're on, and they were."

The Velvets became the Factory's house band and early on they provided the music for a multimedia show that Marshall McLuhan called `the first '60s happening.' Warhol also grafted a new lead singer onto The Velvets. Christa Paffgen was a European actress who called herself Nico. She'd appeared in Fellini's "La Dolce Vita" and had recorded a song written for her by Bob Dylan. Lou Reed wrote her three songs, including Warhol's favorite and The Velvets' first single, "All Tomorrow's Parties."

Warhol paid for recording sessions and designed an album cover, a banana skin that peeled away to reveal a pink fruit underneath. MGM Records signed The Velvets, stalled for a year before releasing the album, and then did nothing to promote it.

"I guess someone at MGM said, 'Hey, this is cool,' and signed us, and the rest of the MGM people said, `What the hell did you sign them for?'" Moe Tucker remembers. "And we'd always, very often, have people after shows come up to us and say,'Oh, I love your stuff, but we can't get your record.' You know, they did a terrible job of distributing. And so, you know, you can always be as free as you want to artistically and face the consequences.

Nico went solo after The Velvets' first record. She died in 1988 after decades of heroin addiction. Cale was forced out of the band after two albums. He's had a successful career as a producer, performer and film composer. The rest of the band stuck together through 1970. Lou Reed became a rock superstar. Sterling Morrison became a professor of literature at the University of Texas at Austin. He died in 1995. And Moe Tucker had five kids and started her solo career in the late 1980s.