Accessibility links
'Warner Brothers Music' Carl Stalling worked for Warner Brothers during the 30s, 40s, and 50s and borrowed from a variety of genres: classical, pop, folk and jazz.

"There They Go Go" 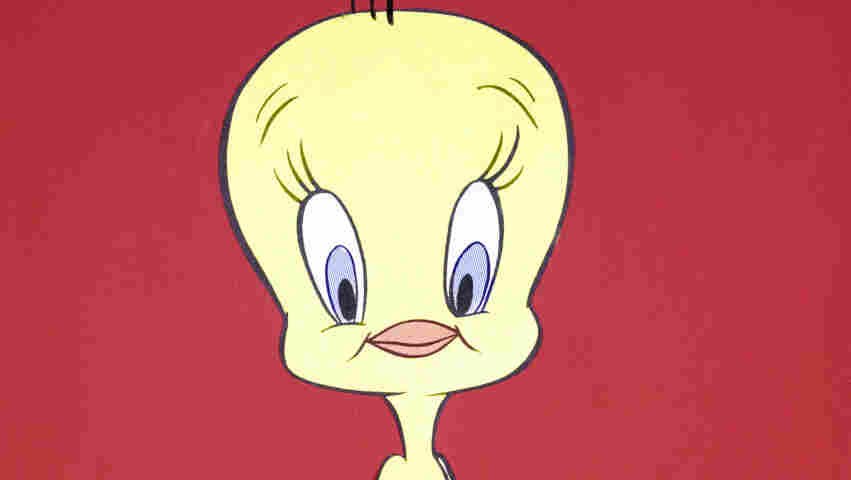 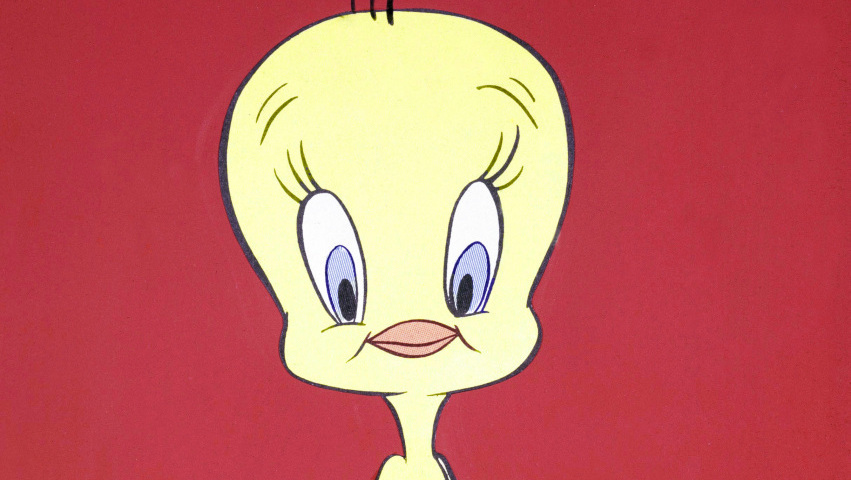 Tweety Bird, one of many characters scored by Carl Stalling.

Warner Bros.' music maestro was Carl Stalling, born in 1888 in Lexington, Missouri. His earliest connection to show business was playing the piano along with silent movies in his hometown. Stalling headed west, working several years for the Disney studios. By 1936, he was at Warner Bros., were he scored more than 600 cartoons for such stars as Bugs Bunny, Porky Pig, Sylvester and Tweety Bird.

Greg Ford has compiled a two-disc collection called the "Carl Stalling Project," an anthology of Stalling's three decades at Warner Bros. Ford is a producer and animator and a collector of Stalling's work. Ford says although Stalling never drew anything for cartoons, he was an essential part of the animating process, choosing musical phrases from anywhere and everywhere, working as the animators did from a storyboard, creating the score on a piano as the artists were creating the cartoons.

"Basically, the action was dictated by something called the exposure sheet, which was lined paper where every single frame--the action that hit on every single frame was spelled out for the animators. Stalling would take the exposure sheet at this point and, with reference to the storyboard drawings, could actually anticipate the exact moment the anvil fell on the character's head or Tweety escaped from Sylvester's grasp or Bugs strolled out of the rabbit hole to calmly say, `What's up, Doc?' while Elmer Fudd is about to shoot him."

"The xylophones that you always hear when the character--just his eye
blinks, you think that somehow the sounds are being generated by the cartoon characters themselves or the movements they're making or their thought processes. It's hard to believe it is music."

In a take a specific score like "Barbary Coast Bunny," Mr. Ford identified bits and pieces as heard it.

"Now this is a scene where Bugs Bunny discovers gold. It's a very jubilant rendition of "We're in the Money," which is the old Harry Warren-Al Dubin song from "Gold Diggers of '33." The same cue ends up being played in a sinister way or a dark way or an anticipatory way, depending on what's happening in the action. In other words, this is a score that's sort of a basic song score. There's nothing spectacular about it, but it's typical of what he did, particularly that year of using individual cues to identify individual characters, sort of like 'Peter and the Wolf.'"

Stalling used all kinds of music. He used pop tunes and show tunes and classical music — a sort of early form of sampling.

When he was picking music, Stalling was looking for some sort of familiar reference, something that would make people smile, a kind of a musical cue.

"It's playing mostly on people's unconscious associations. I don't think he ever wanted to have, like, arrows pointing at the music."

Members of this giant orchestra that he had consider scoring cartoons, even though they were using all these fragments of very serious music, both fun and difficult.

"They thought it was a lot of fun. On the other hand, it was very difficult to play at times 'cause there are so many key changes, sometimes timing changes right in the middle of the cue. So it was very complex and hard to do. But it was a great orchestra. I mean, the Warner's orchestra was, like, beyond belief. But when you hear the unedited rehearsals and whatnot--we were lucky to find all these tapes of the original sessions."

"It's called "The Merry-Go-Round Broke Down." It's by Charles Tobias and Dave Friend. And it was picked by Stalling as the opening theme for the Looney Tunes. I don't think that's unusual, the way he created these pieces. Eighty percent of the stuff is original music. To him there was no distinction between lifts and his own stuff. I mean, he made everything work within the confines of the cartoon."

Carl Stalling lived a long after he left Warner Bros. in 1958, and, as Mr. Ford notes, he hung up his composer h at and retired.

"When he retired, he just retired. You know, that was it. I mean, he was, like, a 9-to-5 guy almost. You know, his work was incredibly difficult if you think about it, what he and Milt Franklyn did, you know, composing one of these sometimes very complex pieces, you know, of seven minutes long on the average of one a week for all those years, you know, so I guess retirement is appropriate."