Accessibility links
'Gone With the Wind' Max Steiner's score is not only instantly recognizable, but emblematic of both art forms - musical scoring and cinema, itself.

Title: Gone With the Wind 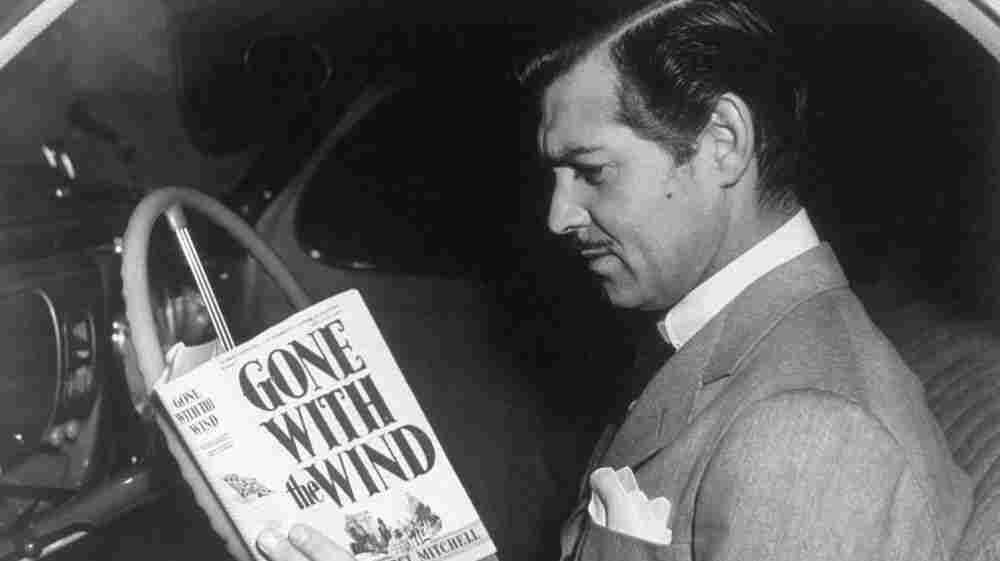 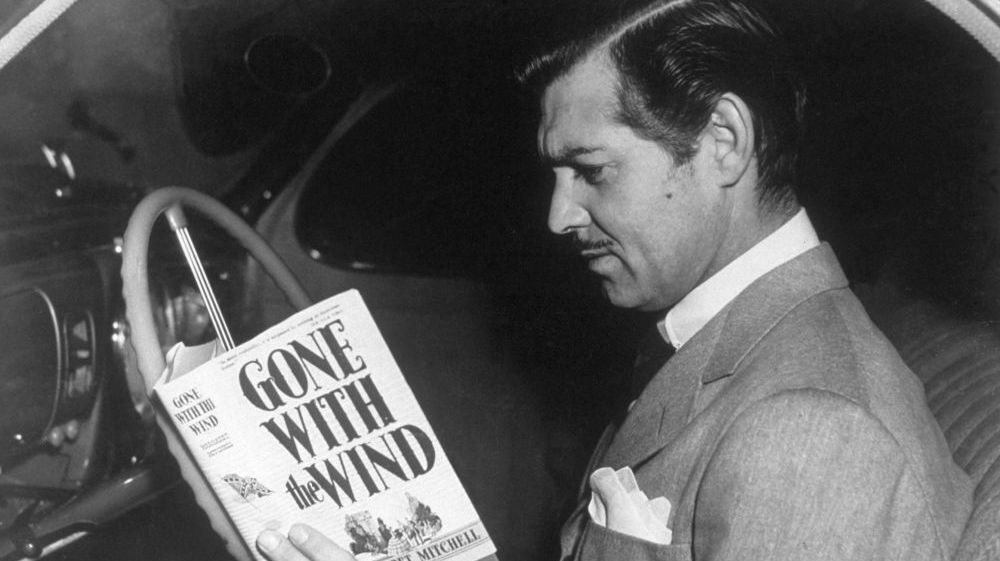 Clark Gable (as Rhett Butler) reading the novel 'Gone With the Wind' by Margaret Mitchell.

Some scores, some pieces of music, are important because they break important new ground. Others are a culmination. They really bring together everything that's come before. They create a model that then becomes imitated by much that comes after. This is what "Gone with the Wind" is. It broke no new ground, but it really did represent the culmination of the classic Hollywood symphonic score. This is an aesthetic that says foreground is as important as background. It's rich in style, it's full of themes and it's unabashedly romantic and emotional in purpose.

Max Steiner, the composer of Gone With The Wind, was one of the breed of European composers who settled in Hollywood and really dominated the film language of that era in the 1930s and '40s. You can also think of Erich Korngold, Franz Waxman, Eric Dimitri Tiomkin. He was born in Vienna, came out of that tradition; his family was in the music business there. He worked through the chain of operettas, musicals, came to Hollywood.

A real important point to make about Max Steiner was that he was truly a pioneer. Max believed that music could sit underneath dialogue, work with the film to enhance and amplify the emotions, the characters, the drama of the moment. This was quite a radical idea, because prior to Max really coming onto the scene, film music was limited to main titles, a little bit of source music in the body of the score and something at the end. Max said, `If I can get underneath some of those scenes, I can really do things.' And he really proved his point with a film called "King Kong."

That was 1933, six years before "Gone with the Wind", and that tells us how new this whole art was. This was revolutionary art being made. For this score, Max wrote themes for certainly four main characters and many of the main supporting characters. The character of Gerald O'Hara, Scarlett O'Hara's father, is played by Thomas Mitchell, it's an Irish character, and I think we're going to hear a little bit of that lilt in this theme that Max wrote for the character of Gerald O'Hara.

In a way I think he's also giving you a character who doesn't go very deep. This is not a profound man. This is a man that lives on the surface. And I think that's the one that's characterized there. Another character is the one that's played by Hattie McDaniel. Here, I think, we're in territory--we're in 1939, if you will, visions of individual society, racial perceptions, very different than they are now. I'm impressed by the way that Max needs to play to that scene, and Mammy is somewhat of a stereotype. But I think you'll find in her theme, the one that he writes--there's a bit of humanity there.

This is how the themes work in this kind of film score. They're there. They express the moment. They lead us somewhere else, but it's not overt minstrel music that is used in here. I think he was really trying to deal with the character, his perception of the character.

Max Steiner used music to develop the perception of a character. Music is such a profoundly emotional art. It really gets right to you in ways that you can't really explain. And in this film he used it to underscore a number of emotional moments, but certainly the key ones are those two love relationships that lie, really, at the center of this story, which is the love between Ashley and Melanie and the love between Ashley and Scarlett. Let's first listen to the--Max Steiner's theme for the love between Ashley and Melanie. There's a bit of formalness in the relationship. And when you're seeing the scene, this is playing subconsciously on you. You're not focusing on the music, you're bringing in the whole scene, and Max has really underlying that.

Now for a difference, let's go to the Max Steiner theme for the love between Ashley and Scarlett. Once again, Max is underlying that moment in the film and in that relationship, and really giving it a subconscious connection with you.

Other things that composers do in this kind of classic romantic score is it really gives them an opportunity to, in a way, stand on the sidelines and make editorial comments. Early in the picture, Scarlett marries--in part of her plan, if you will, she marries Melanie's brother, who marches off to war, full of images of heroism and ironically dies in boot camp, if you will, of complications from measles. When the word comes back, and that moment is on the screen, Max is really making editorial comments here. We're going to hear him quoting "Taps," which is a very mournful tune--he's going to make it pompous, and then he provides a little snide remark where he's going to make a very slight quote of the Stephen Foster tune "Master's in the Cold, Cold Ground."

I was partly saving the best for last with "Scarlett's Theme," and also wanting to make a point in that, in my mind, great film music is not just a great main title. What a composer does within the body of the film, how he utilizes his materials, scores it, organizes it, that's as interesting to me as whether or not the tune at the top happens to be a good one. Now, in this case, it's a great one. There's no doubt about it that this has come to represent Hollywood films of the golden age, I think, for everyone. It's important to know that this theme was not just written to be a pretty tune. Max Steiner, when he wrote it, really was trying to convey a sense of what Tara was all about. And I came across a quote. This is Max talking now about what he tried to put into this theme. This is what he said. `Tara is more than a plantation, more than a fine old house saturated with proud and sad and always-loving memories. Tara is a living thing, giving and demanding life.'