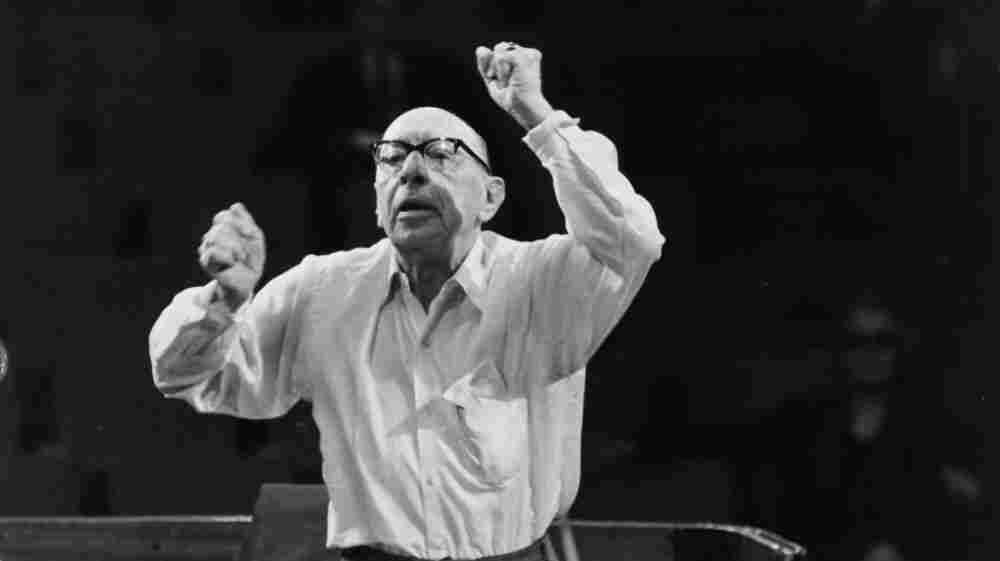 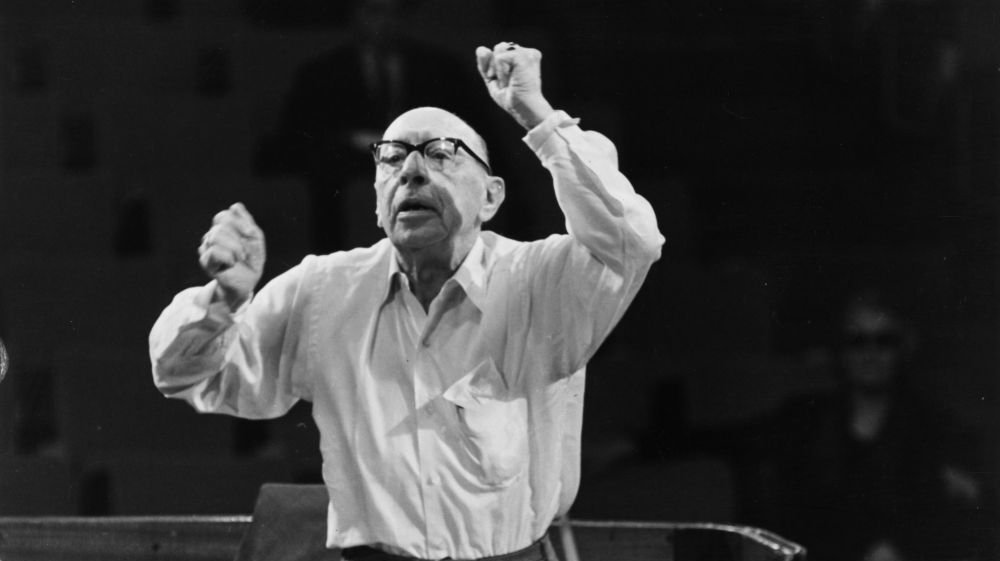 In 1929, the Boston Symphony Orchestra embarked on an ambitious project to celebrate its 50th anniversary. It would commission music from some of the best composers in the world. Among them was Igor Stravinsky. He was asked to contribute something for orchestra, something popular. What Stravinsky delivered would never make it onto a Pops concert, but last year, Time magazine named it the century's best classical piece.

Igor Stravinsky received $6,000 for the commission. He needed the money. He was living in France supporting his wife and children, his longtime mistress and a handful of relatives back in his native Russia. But signing the contract meant he would be working with a man he knew well and professed to despise, another Russian emigre, the Boston Symphony's conductor, Serge Koussevitzky.

The Boston Symphony played it for the first time six days later. But Stravinsky was not in the audience. The critics were reserved but positive about Stravinsky's new piece. One wrote, `Its originality is too great for it to have instant popular appeal.' Another critic liked only the ending and the beginning. 'At the outset Stravinsky's so-called symphony arrested and gripped the listener. There was a semi-barbaric wildness in the opening measures.'

The critics at the first American performance of the "Symphony of Psalms" noted that the musicians on stage had to play a game of musical chairs before they could perform the piece. That's because Stravinsky flouted basic conventions. Imagine an orchestra with no violins, no violas and no clarinets. Stravinsky left them all out. He replaced them with a chorus, added two pianos and pumped up the winds and the brass. Four flutes, four oboes, four horns, five trumpets, three bassoons. The idea of creating a lean sound with so many wind instruments was not new to Stravinsky, says conductor Michael Tilson Thomas.

"Well, writing music involving a sort of wind band seniority was something, of course, that had fascinated him a lot. He had written symphonies of wind instruments, focusing on the ability of the wind instruments to breathe, which Stravinsky says was interesting for him as the notes they played."

In the Catholic Church, it was a tradition to use wind instruments or an organ to play sacred music. There is no organ in the "Symphony of Psalms," but Stravinsky knew how to simulate one. There are moments in the "Symphony of Psalms" when he seems to use the entire orchestra, from the low strings all the way up to the voices, to create the sound of an organ in a great cathedral.

When Stravinsky finished the score of the "Symphony of Psalms," he wrote a double dedication on the front: `To the glory of God and the Boston Symphony.' He told a reporter, `The more you cut yourself off from the canons of the Christian church, the more you cut yourself off from the truth.' Four years before he wrote the piece, Stravinsky had begun to take communion in the Russian Orthodox Church. He started to collect religious objects. He wrote once that he planned to build a chapel at his home. He said that music was the church's greatest ornament. For the backbone of his symphony, Stravinsky chose three Psalms from the Old Testament. Psalms numbers 38, 39 and 150.

Barbara Lachman is the author of books about 11th-century mystic Hildegard Von Bingen, but she's also explored the connection between Igor Stravinsky's faith and his music. She says Stravinsky set the words of the Psalms in an unusual way.
"Composers have tried to set them in a way that highlights the text itself. But in a funny way, Stravinsky did the opposite. That is, he distorted the rhythms. But by doing that, in some ways he emphasized them even more. It brings out that text in a way that sort of, I guess, we'd say in your face now. You just can't possibly ignore how powerful it is."

Igor Stravinsky wrote once that Psalms are poems of exaltation but also of anger and judgment and even of curses. The "Symphony of Psalms" was written in a time of great tension between the two world wars and it was also a time of great tension in Stravinsky's life. His infidelity was straining his marriage. One of the most important men in his life, the great impresario Serge Diaghilev, who made "The Rite of Spring" possible, had died alone in a Venice hotel. Time magazine critic Terry Teachout says it's possible to hear those tensions in the music

"Those horns, that staccato passage for the horns--if that doesn't make you sit up and feel anxious, feel what Auden called the age of anxiety outside your window, I don't know what does."

For all the anxiety in "Symphony of Psalms," there are also moments of surprising tenderness.

"I know what made the hair stand up on the back of my neck the first time I heard it years and years ago. And that was coming out of absolutely nowhere at the beginning of the third movement, the hallelujahs from the choir. It's like a shaft of sunlight suddenly breaking through the stained-glass windows of a great cathedral that--it illumines the whole scene and tears came to my eyes the first time I heard that movement. And it's not the last time that that's happened to me either."

That kind of reaction to Stravinsky's "Symphony of Psalms" is not unusual. But it's ironic because Igor Stravinsky himself despised music that was too expressive or sentimental. He hated the way Serge Koussevitzky conducted because he emoted too much. He didn't consider the "Symphony of Psalms" an expression of his own feelings. He thought of an imaginary church choir singing at arm's length struggling in the distance. That's why he had them sing in Latin.

But in spite of that, composer Peter Schickele says Stravinsky achieved here
what he rarely did elsewhere.

"A lot of Stravinsky's music is--you know, people have begun to write about this. How he's a great composer but not often a moving one. There's something so removed about him emotionally, his music. But I find the ending, for instance, really moving. And I have to say I'm faking this last section. The chords in the right hand are much more complicated than the one I'm playing, but it certainly has the feel. The last section of... It's as though you've moved into this seemingly endless moment of rotation and stasis. The whole world slows down and you see--in your mind's ear, you see the censers of the priests and the incense. If you're at a performance of the "Symphony of Psalms" and there isn't awestruck silence after that, there was something wrong with the performance."

The great dance impresario Serge Diaghilev said that Igor Stravinsky was always leaving himself behind and moving on. Stravinsky didn't stick with the lush textures of his early ballet "Firebird" and he didn't keep dropping bombs like "The Rite of Spring" and he did not stay in the Ecclesiastical sound world of the "Symphony of Psalms." But this piece stands as a snapshot in time of one of this century's most dynamic, mercurial musicians, a composer who lived through the seismic changes of the 20th century and the upheavals of his own personal life; a man who built a sanctuary in sound with modern architecture and timeless faith.