As performed by Bing Crosby 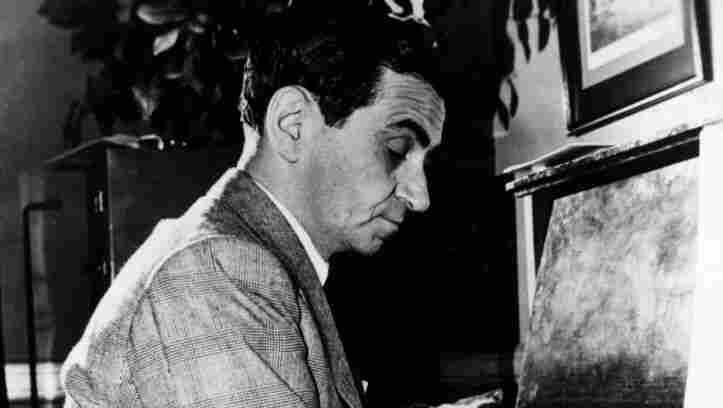 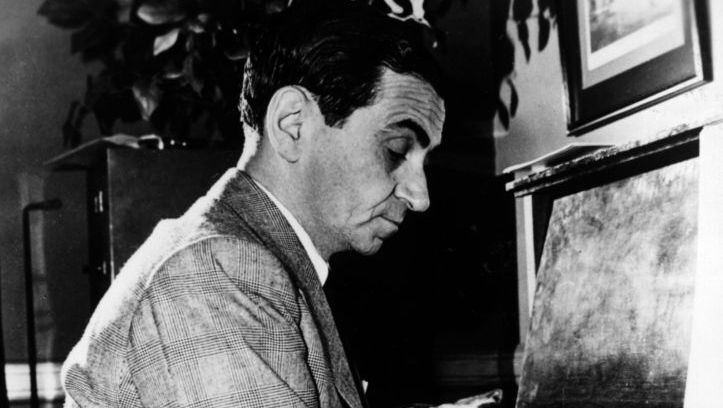 In the 101 years that Irving Berlin lived, he wrote nearly a thousand songs, including the standards "God Bless America" and "There's No Business Like Show Business," but his "White Christmas," recorded by Bing Crosby and others, has proved to be his most popular song.

Jody Rosen, author of a book about "White Christmas," says that Berlin had a knack for composing songs with themes familiar to audiences.

" 'White Christmas' draws on bedrock traditions in American culture," Rosen says. "This New England snowy setting is something that feels to us like something that we all sort of know and has always been."

Linda Emmet, one of Irving Berlin's daughters and co-editor of The Complete Lyrics of Irving Berlin, says the songs suggest a feeling of the holiday season without any religious context.

Christmas was not exactly a holiday that Irving Berlin grew up celebrating. He was born in Russia, the son of a cantor, and his first language was Yiddish.

Emmet says that her father's experience as an immigrant in America led him to conclude that Christmas was not as much a religious holiday as a cultural one.

"As a Russian Jewish immigrant, when he came to the United States, Christmas was an American holiday to him," she says. "It was like every American holiday. It was a fresh, new experience for him."

For a song as immensely popular as "White Christmas," surprisingly little is known about its genesis. Berlin's own daughter says she doesn't know when or where her father wrote it.

"I believe it was written in either 1938 or '39, possibly in Arizona, possibly in New York or perhaps in both places," Emmet says.

Rosen has his theories as well: "Possibly over Christmas 1937," he says, "when he was separated from his family for the first time in Beverly Hills, making a movie called Alexander's Ragtime Band."

But both Rosen and Emmett agree that "White Christmas" was originally written for a Broadway musical revue about American holidays that was never produced.

Paramount Pictures picked up the idea and turned it into Holiday Inn, starring Bing Crosby and Fred Astaire.

As Irving Berlin told the BBC, when the film was released in 1942, he thought another tune would be the hit.

Bing Crosby's single was released in October 1942 and steadily rose up the charts.

What really made "White Christmas" a success was its inclusion in the playlist of Armed Forces Radio. American GIs spending their first Christmas overseas during WWII wholeheartedly embraced the song's homespun sentiments.

"I sang it many times in Europe in the field for soldiers, and they'd holler for it. They'd demand it. When I'd sing it, they'd all cry," Bing Crosby said. "It's nostalgic, and it's kind of poignant, you know, particularly during the war years; you know, so many young people were away and they'd hear this song. And it would happen to be that time of the year, it would really affect them."

Jody Rosen says that one of the more surprising aspects of the popularity of "White Christmas" is that in spirit, if not in form, it's a blues song.

"It's very melancholy," Rosen says. "And I think this really makes it stand out amongst kind of chirpy seasonal standards: 'Rudolph the Red-Nosed Reindeer,' 'Let It Snow.' And I think that's one of the reasons why people keep responding to it, because our feelings over the holiday season are ambivalent."

Berlin's own feelings about the holiday were certainly ambivalent. He suffered a tragedy on Christmas Day in 1928 when his 3-week-old son, Irving Berlin Jr., died. Every Christmas thereafter, he and his wife visited his son's grave.

"The kind of deep secret of the song may be that it was Berlin responding in some way to his melancholy about the death of his son," Rosen says.

There have been hundreds of versions of "White Christmas" recorded over the years, but Crosby's single has outsold every one of them.

Rosen says that the success of the record and the power of the performance add up to a watershed event in the history of American pop culture.

"It marks the moment, I think, when performers supplant songwriters as the central creative forces in at least mainstream American pop music, and the emphasis shifts to charismatic performances recorded for all time and preserved on records," Rosen says. "So I think, in a way, 'White Christmas' is both the pinnacle of the Tin Pan Alley era and its swan song. Because shortly after 'White Christmas,' you have Frank Sinatra and then very quickly you have Elvis Presley and Chuck Berry and Little Richard, and we're getting into the rock era."

In 1957, Elvis Presley recorded a Christmas album. On it, he performed a song called "Blue Christmas," in addition to Berlin's "White Christmas."

"Berlin couldn't stand Presley, and Presley recorded a cover version of 'White Christmas' for his Christmas album, which Berlin took as kind of sacrilege," Rosen says. "He really thought it was degrading to his song. So he and members of his staff launched a furious campaign to try and get radio stations to ban the Presley record."

Despite Berlin's efforts to keep the record off the air, Presley's single topped the Billboard charts, and the royalty checks kept on coming. "White Christmas" has been recorded by all sorts of artists, from Alvin and the Chipmunks to Zamfir, from the Three Tenors to Michael Bolton, from Tammy Wynette to The Drifters.

"The Army used 'White Christmas' as the secret signal instructing American soldiers to evacuate Saigon.," Rosen says. "It was played several times in a row over Armed Forces Radio. So what's interesting is this song, which during WWII was really the song of American soldiers' homesickness, became somewhat ironically in 1975 the 'Let's go home and get the hell out of here' song for the American Army in Vietnam."

" 'White Christmas' has taken a place along with Christmas carols and classical Christmas songs, which to me is quite remarkable," Emmet says. "And the nicest thing is to think that it is played in many different parts of the world and places where there are many different ideas about Christmas, and very different political ideas or cultural ideas. But the song transcends that."