Accessibility links
The Story Of Stevie Wonder's 'Talking Book' One of the biggest hits from Talking Book was actually intended for someone else. 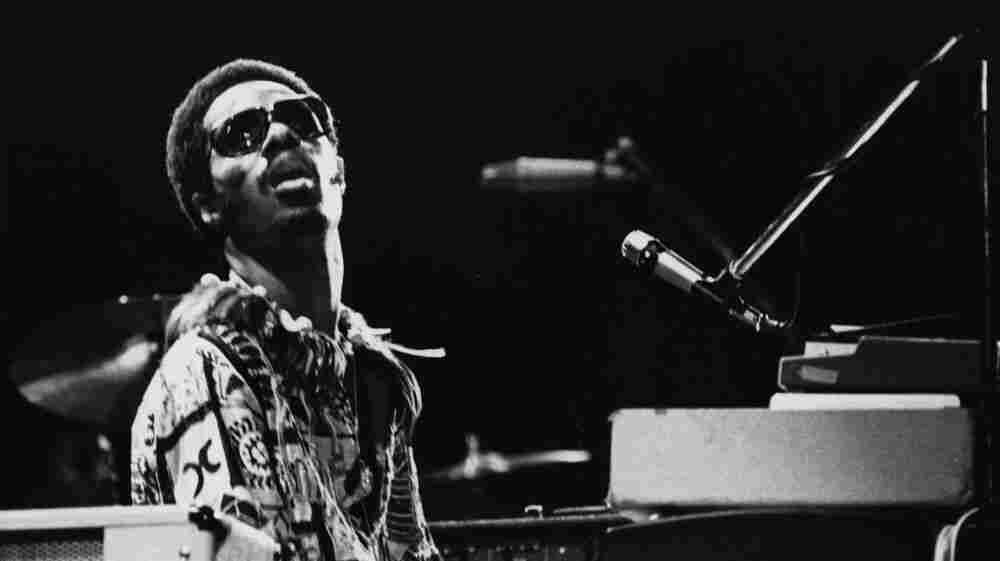 Stevie Wonder at his keyboard during a concert in 1973. Evening Standard/Getty Images hide caption 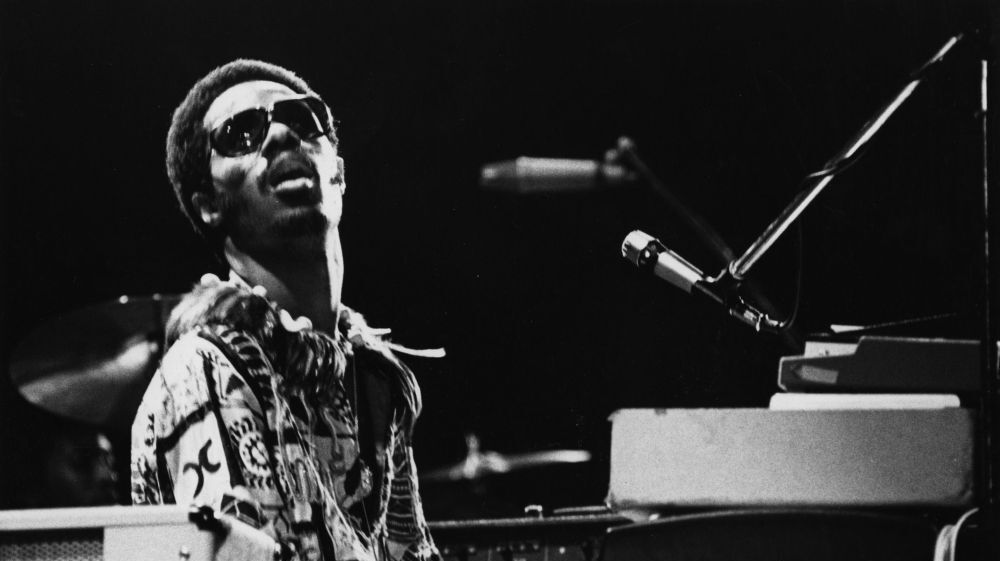 Stevie Wonder at his keyboard during a concert in 1973.

By the early 1970s, Stevie Wonder had already spent nearly a decade churning out hits for Motown Records as Little Stevie. But at age 22 he no longer wanted to follow the Motown formula, a formula designed to produce hit singles rather than innovation. So Wonder struck out on his own. Over the next decade, he experimented with a variety of instruments and developed a sound that we still identify as uniquely his own. He recorded a series of albums that proved he was a master of lush ballads as well as gritty funk.

One of those albums was 1972's Talking Book. The album crystallized Wonder's talent as a singer, writer and producer. He proved he could write grooves to keep you on the dance floor and, at the same time, make you think about social problems. And on the other side, he could melt your heart.

In 2000, the songwriter discussed the making of Talking Book with NPR for a series titled The NPR 100, which explored important musical works from the 20th century. Hear more of the conversation via the audio link on this page.

"Superstition" was one of the biggest hits from Talking Book, but it was originally intended for someone else. Wonder wrote it for his friend guitarist Jeff Beck in the early 1970s. But Motown had Berry Gordy convince Wonder to record it himself. And when he did, he created a sound people had never heard before

According to music critic Tom Moon, it was the first time audiences heard a lot of Clavinet, a five-octave electronic instrument similar to an electric piano. "When you hear that Clavinet intro to 'Superstition,' he says, "what you're hearing is someone who is interacting with an instrument and figuring out how to make it sound like him. No one else plays the Clavinet like Stevie Wonder does. He made it speak."

Wonder says he imagined the whole song in a flash while on tour with The Rolling Stones. "I was sitting on the drums," he says, "and the first thing that I put down were the drums and then after that I put the Clavinet down, and really, I just starting singing the melody. Probably the first thing--the only thing I can remember that I said that I remember keeping was the line 'Wash your face and hands.' I think that was from when I was real little, I remember hearing this song saying 'Get out of that bed, wash your face and hands.' [It was the song] 'Shake, Rattle & Roll.'"

He continues, "I think that the reason that I talked about being superstitious is because I really didn't believe in it. I didn't believe in the different things that people say about breaking glasses or the number 13 is bad luck, and all those various things. And to those, I said, 'When you believe in things you don't understand, then you suffer.'"

Ever since he was a kid, Stevie Wonder says he's been fascinated by sound. He taught himself how to play the drums at age three, the harmonica at six, and by the time he was 10, he was playing piano. He says he listens to the radio constantly, and whenever he travels, he picks up new sounds.

In the song "Big Brother," like James Brown and Sly Stone before him, Wonder combined socially aware lyrics with music to create a brand-new funk. And for the first time, he used an instrument from West Africa. 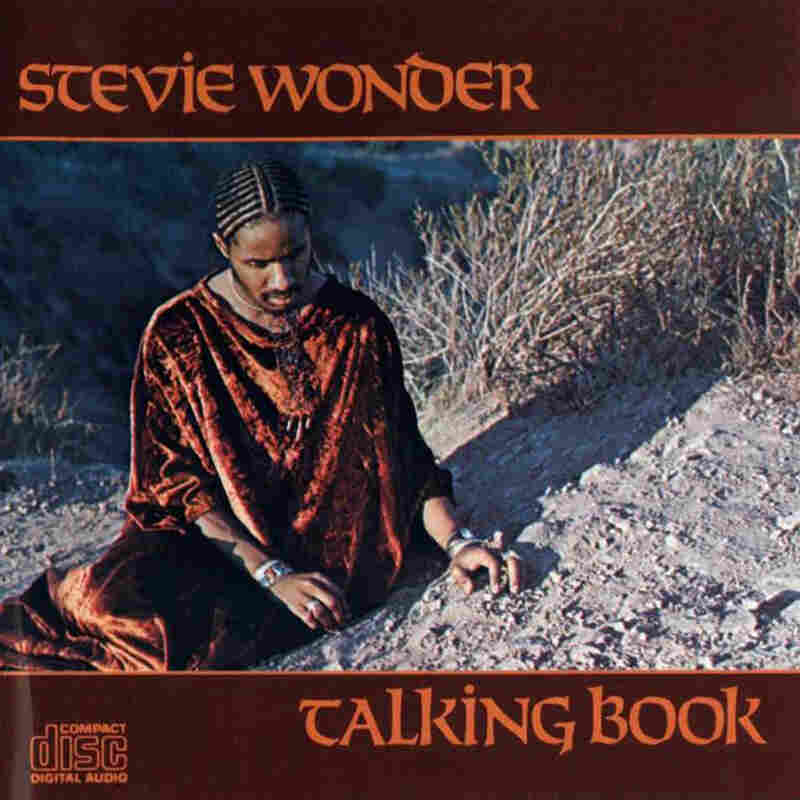 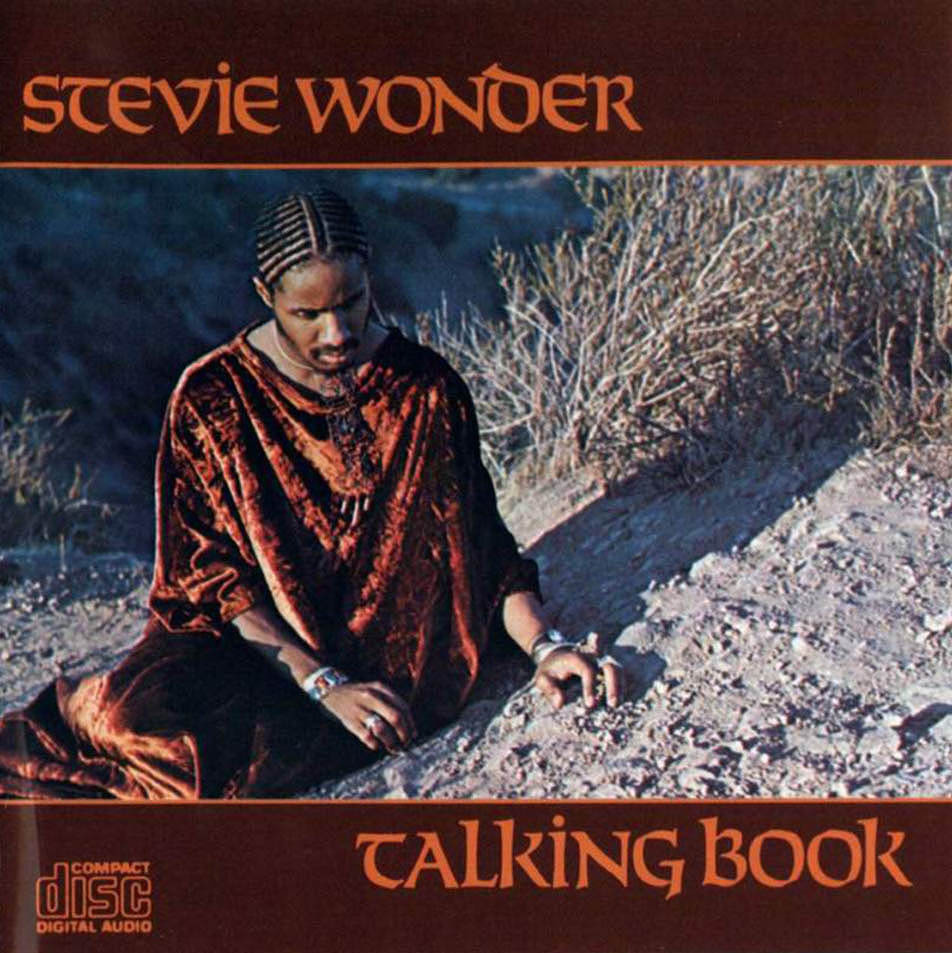 Talking Book marked the arrival of artist as one-man band in popular music. But Stevie Wonder got a little help from a new electronic device called a Moog synthesizer, an electric device designed to emulate almost any musical sound. Invented by Robert Moog in 1964, Wonder had heard the Moog synthesizer on the revolutionary album Switch-On Bach by Walter Carlos.

He says, "I felt that the Moog synthesizer enabled me to reshape the oscillator, having control of the ataxias and sustained release. I was able to really create various sounds, bass sounds and was able to bend notes the way that I heard them being bent, create different sounds of horns, string sounds and string lines and really arrange them in the way that I felt I wanted them to sound."

A Collaborator And Inspiration

While Talking Book is entirely self-produced, some of the songs were co-written with singer and songwriter Syreeta Wright, Wonder's wife from 1970-1972. "We loved each other," says Wonder, "but we were better friends when we weren't married than when we were. And when I was younger, maybe I fell in love a lot."

Surprisingly, Wright's honeyed voice is heard nowhere on Talking Book. Perhaps her greatest contribution to the album is as a sweet inspiration for the perennial wedding classic, "You and I."

Stevie Wonder says Talking Book was a turning point, his first real growth as a boy becoming a man. And making all of the artistic decisions himself and relying less on Motown head Berry Gordy for direction, Stevie Wonder proved his independence as an artist.

"I think he was very careful production-wise to sort of maintain a little thread, whether it was just the electric piano or whatever, sort of running through the record," Moon says. "And I think also as a singer, you finally sense that he's singing things he really believes in. Part of the problem with the early Motown work was that it was designed to get on the radio. It wasn't necessarily—some of it was great, but it wasn't necessarily him being himself, the way all these other records did. And I think that, as a result, as a singer, you really felt him sort of putting himself on the line in a way that he maybe hadn't before."

Wonder says that he goes back and listens to Talking Book, as he listens to various albums that he's done. "The one thing that I do to check myself," he says" is to really listen and to see if I really feel the same way; if I really can get to the emotion that I had back then. I think that's a good way as a person, not only as an artist or a musician or songwriter, of just rechecking our lives."

And decades later, Stevie Wonder's Talking Book still has a lot to say.