Accessibility links
Famous First Words You can't judge a book by its cover, but librarian Nancy Pearl thinks the first line can tell you a lot. Pearl shares some of her favorite literary opening lines with NPR's Steve Inskeep. 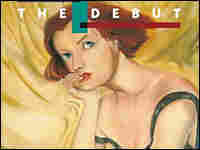 You can't judge a book by its cover, but librarian Nancy Pearl thinks the first line can tell you a lot. "I think when you read a good first line it's like falling in love with somebody," Pearl tells NPR's Steve Inskeep. "Your heart starts pounding... it opens up all the possibilities." And while a good first line doesn't always make a good book, Pearl says the chances are better with a strong opener.

Below are some notable opening lines that have made Pearl's heart pound:

Towers of Trebizond by Rose Macaulay: "'Take my camel, dear,' said my Aunt Dot, as she climbed down from this animal on her return from High Mass."

The Last Good Kiss by James Crumley: "When I finally caught up with Abraham Trahearne, he was drinking beer with an alcoholic bulldog named Fireball Roberts in a ramshackle joint just outside of Sonoma, California, drinking the heart right out of a fine spring afternoon."

The Debut by Anita Brookner: "Dr. Weiss, at forty, knew that her life had been ruined by literature."

Uncivil Seasons by Michael Malone: "We don't get much snow, and we hardly ever murder one another. Suicide is more our style..."

Nervous Conditions by Tsitsi Dangarembga: "I was not sorry when my brother died."

The Go-Between by L.P. Hartley: "The past is a foreign country. They do things differently there."

The Autumn of the Patriarch by Gabriel Garcia Marquez: "Over the weekend the vultures got into the presidential palace by pecking through the screens on the balcony windows and the flapping of their wings stirred up the stagnant time inside, and at dawn on Monday the city awoke out of its lethargy of centuries with the warm, soft breeze of a great man dead and rotting grandeur."

One Hundred Years of Solitude, also by Gabriel Garcia Marquez: "Many years later, as he faced the firing squad, Colonel Aureliano Buendia was to remember that distant afternoon when his father took him to discover ice."

Ahab's Wife by Sena Jeter Naslund: "Captain Ahab was neither my first husband nor my last."

The Key to Rebecca by Ken Follett: "The last camel collapsed at noon."

The Miracle Life of Edgar Mint by Brady Udall: "If I could tell you one thing about my life it would be this: when I was seven years old the mailman ran over my head."

The Paperboy by Pete Dexter: "My brother Ward was once a famous man."

After Life by Rhian Ellis: "First I had to get his body into the boat."

I Capture the Castle by Dodie Smith: "I write this sitting in the kitchen sink."

A Primate's Memoir by Robert Sapolsky: "I joined the baboon troop during my twenty-first year. I had never planned to become a savanna baboon when I grew up; instead I had always assumed I would become a mountain gorilla."

The Man in the Window Jon Cohen: "Atlas Malone saw the angel again, this time down by the horse chestnut tree."

No One Thinks of Greenland by John Griesemer: "'You'll want to scratch,' said the nurse. 'Don't,' said the orderly."