The Library of Congress is preserving the stories of war through the voices of the men and women who served. Interviews, memoirs, letters and photos are being compiled for the Veterans History Project. It follows servicemen from enlistment and service to the trip home.

For Rhona Knox Prescott, her arrival in Vietnam as an Army nurse was a rude awakening.

"Vietnam from the air is gorgeous," she recalls. "It is all green like Ireland, all shades of green. You can see the divisions of the rice paddies separated by handmade dikes. It is very hilly and fertile and of course it has sea all around it...."

But when she landed, things were radically different. "We were told to put on our helmets and to run single file to a site on the tarmac — to go as quickly as possible and not to look back," Prescott says. "When the doors opened the heat just kind of hit us in the face. We were being fired at."

Paul Alexander Steppe Jr. was a Marine in Korea. On Christmas Eve 1951, he was wounded by a grenade that hit his bunker.

"Our bunk was hit and every officer in there was either killed or injured. The sound of every shot jars you, but you thank God for every one you hear. You don't hear the one that hits you." 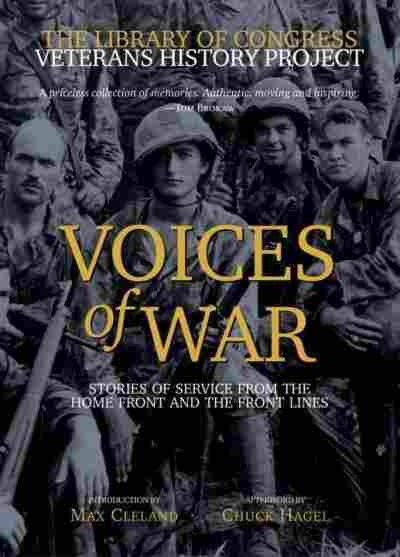 Stories of Service from the Home Front and the Front Lines