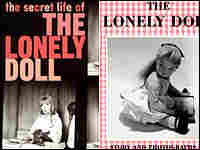 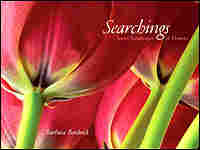 Dan Brown's The Da Vinci Code and America by Jon Stewart and his Daily Show cohorts are topping best-seller lists right now. But for holiday gift ideas, NPR's Susan Stamberg asked independent booksellers around the country to suggest some hidden gems from their shelves.

Rona Brinlee says the protagonist in Australian Elliot Perlman's Seven Types of Ambiguity hasn't been in touch with his ex-girlfriend for nearly a decade. But his obsession with her leads him to kidnap her son. The interwoven story that follows is told from six points of view.

Another Brinlee pick concerns one of history's best-known lovers, Casanova. The story springs from historical fact, Casanova's 1756 escape from prison. In the novel, he then flees to the small Italian village of Bolzano in pursuit of Francesca — the only woman he's ever really loved.

In the Land of Second Chances by George Shaffner (Algonquin Books)

This is Shaffner's first novel. Brinlee calls it "the most Southern story set in Nebraska." A colorful group of great characters are explored when a salesman comes to town selling games of chance. Everyone in the small town is made better by his visit, but nobody has any idea who the man was.

This novel set in Wyoming deals with themes of hope and redemption. The main characters — a girl and her mother — flee an abusive man by heading to Wyoming to live with an estranged grandfather. As the family's history is related, the unlikely relationships of those involved are shown to have real strength. Brinlee calls it the kind of book you don't want it to end.

This children's book provides answers to such questions as "Who helps Santa?" and "How does Santa deliver all of those presents in one night?" It tells the story of the elves and how they become Santa's trusty helpers. Intended for ages 3-8, Brinlee says older readers will appreciate it as well.

Laura Hansen likes a first novel that's all about a love of music. Robert Ford's The Student Conductor tells the story of a 30-year-old named Barrow who studied conducting at Julliard before abruptly giving it up. When Barrow decides to take up the baton again, he travels to Germany to study with a demanding, maniacal maestro named Ziegler.

Searchings, Volume II: Secret Landscapes of Flowers, Hansen's other pick, features the work of photographer Barbara Bordnick, who captures luscious, close-up views of flowers that have been compared to the work of Georgia O'Keefe.

About Grace by Anthony Doerr (Scribner)

The main character is a young man in Alaska. He's a loner with two notable traits: a fanatic love for snow and a faith that the things he dreams about will come true. He eventually falls in love, gets married and moves to Ohio. What follows is a stream of attempts to change the future for the better — or perhaps merely not to be responsible for it.

This story — usually part of Dubliners — is printed on its own for the first time. It's the story of a music teacher and the students whose lives he's touched. The group regularly meets in Dublin after the New Year. Hansen says its' like going to a family reunion every year, an old-fashioned party where everyone entertains themselves with readings and performances.

Hansen says this 150th anniversary edition of the classic is "gorgeous," with photographs of Walden Pond. The books list price is $28.12, half a cent less than it cost Thoreau to build his cabin in the woods.

Lucia Silva of Portrait of a Bookstore, Studio City, Calif.

James And Other Apes by photographer James Mollison (Chris Boot)

Another coffee table book heads Silva's list. But these photographs are a bit less flowery. It features portraits of gorillas, chimpanzees and a range of primates from around the world. The book is James And Other Apes. James Mollison is the photographer.

Finally, Silva recommends poetry for readers who say they are either afraid of poetry or are sure they won't enjoy it. Silva says Sharon Olds, a longtime favorite of hers, offers an antidote to those fears, with work that drives to the heart of family relationships. Silva says that in in Strike Sparks, Olds deals with subjects familiar to many, but with a depth that goes far beyond the everyday.

and The Secret Life of The Lonely Doll — The Search for Dare Wright by Jean Nathan (Henry Holt and Co.)

This reissue of Dare Wright's 1957 children's picture book comes as Jean Nathan, a journalist, relays her detective story of tracking down the author.

The original book's story features a doll named Edith who is left alone all day and is very lonely until Mr. Bear and Little Bear appear on her terrace. The images are by turns reassuring and surreal. The look into Wright's life is no less revealing — or disturbing.

NPR would like to thank all our very independent booksellers for their holiday reading suggestions.