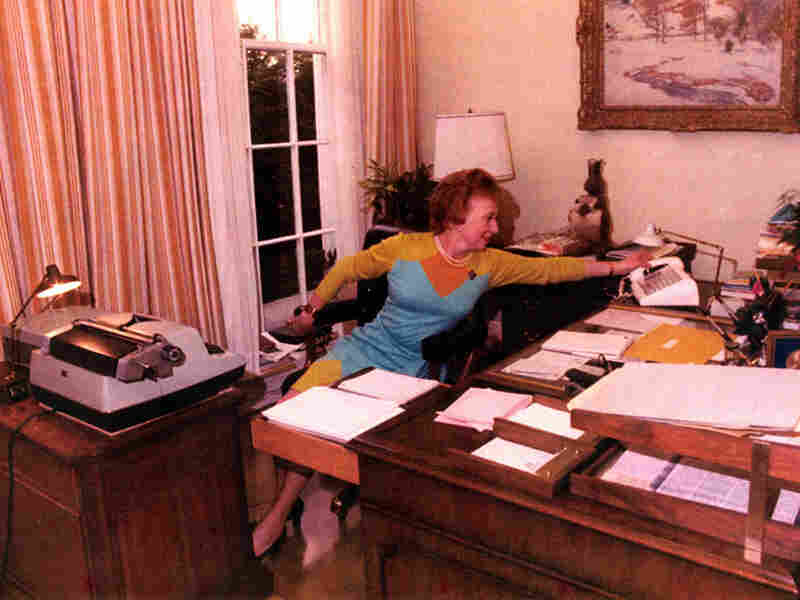 Woods demonstrates how she might have erased 18.5 minutes of tape. (U.S. National Archives and Records Administration) hide caption 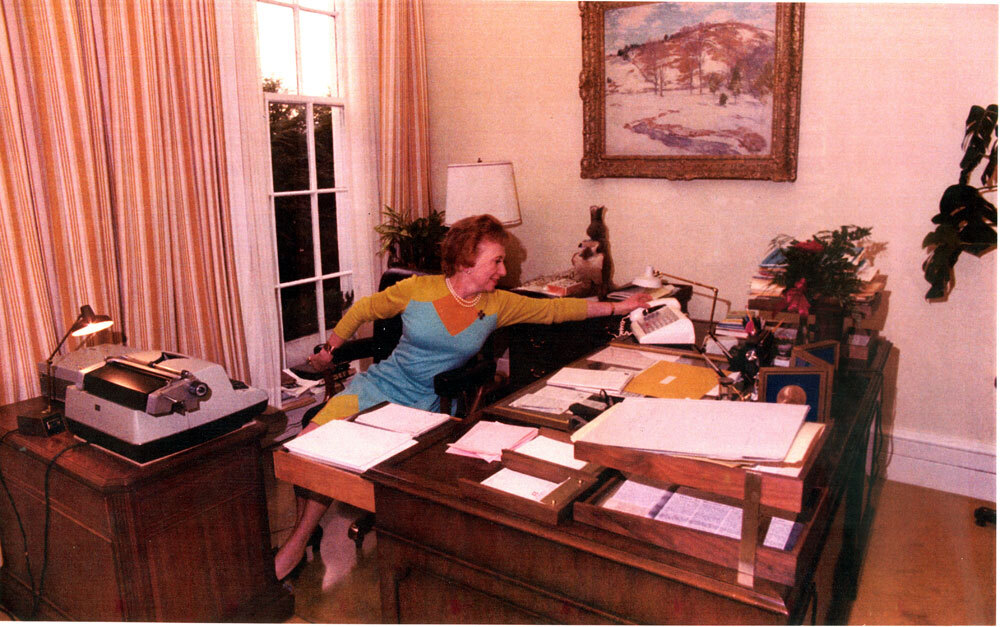 Woods demonstrates how she might have erased 18.5 minutes of tape.

Rose Mary Woods, the loyal secretary and friend of President Richard Nixon, has died at age 87.

No matter where the truth lies, Woods will be remembered for the infamous 18.5-minute gap in one of the Watergate tapes, not because she erased it, but because she said she had erased only part of it by mistake.

There's that famous photo of her trying to demonstrate how she could have accidentally erased it — it's known as the "Rose Mary Stretch."

Woods was a stand-up woman and an ideal secretary, says John Dean, former White House counsel. She could decipher Nixon's handwriting, she was very discreet, and she was a formidable gatekeeper who knew who should get access to the president, and who shouldn't.

The tape incident, Dean says, showed that Woods had intimate knowledge about the Watergate scandal. Dean remembers the day he warned Nixon about the cancer on the presidency and told Nixon the Watergate burglars wanted hush money:

"The president said, 'Well, how much will it cost?' and I said, 'It's gonna cost $1 million.' And the president said to me, 'Well, John, I know where we can get that.' As soon as I left the office, he went in to see Rose Mary and ask her if she had any money. It got picked up on the taping machine."

William Safire was in the Nixon White House as a speechwriter at the time and remembers Woods as a secret poet who could turn his prose into phrasing that painted a picture on the page.

"You would read it and it was like reading e.e. cummings," Safire recalls.

Safire says it's unfortunate Woods will be remembered for those 18.5 minutes of missing tape.

"She wasn't involved in the cover-up," he says. "She was involved in being loyal and fighting for her boss."

After she left the White House, Woods moved back to Ohio, where she had been born, and lived an intensely private life. In a statement, Nixon's daughters, Julie Nixon Eisenhower and Tricia Nixon Cox, said Woods was a cherished friend. They said they would not forget how she served her country with unswerving loyalty and dedication.