Accessibility links
Jazz Musicians, After The Spotlight Fades When saxophonist Frank Foster played with the Count Basie Orchestra in the 1950s, the band took out deductions for Social Security and a union pension. But the retirement benefits don't cover his expenses and a debilitating stroke left him unable to earn a living. 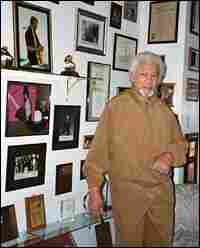 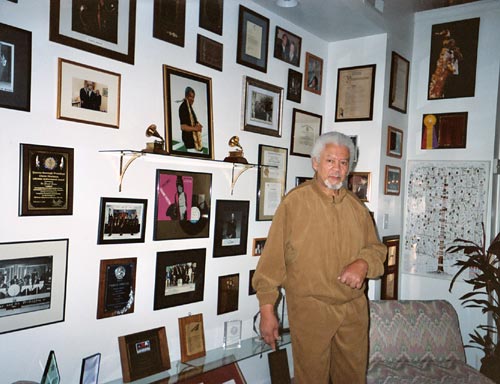 A stroke left tenor saxophonist Frank Foster, 76, partially paralyzed. He now has to walk with a cane and can't play his horn. 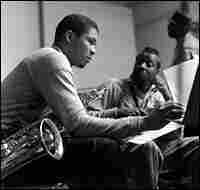 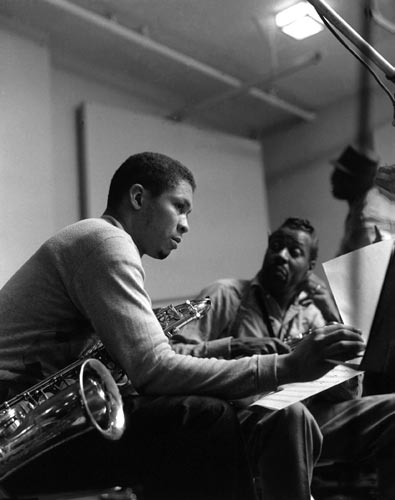 Frank Foster Discusses His Failure to Plan for Retirement

Hear music by artists featured in this report.

Just as many baby boomers face the prospect of caring for aging parents, the jazz world is faced with caring for a generation of aging musicians like Frank Foster. Now 76, the tenor saxophonist, who played with the Count Basie Orchestra, has suffered a stroke and can no longer perform, leaving him with an uncertain financial future.

Although collectively these jazz greats are revered for being the principal architects of a sound that revolutionized jazz after World War II, many now face low wages, little or no health insurance, and often no royalty payments for the recordings that made history.

Foster recalls his stint with the Basie Orchestra in the 1950s and '60s as a gig where musicians could find steady pay. Basie's band manager even took deductions for Social Security and a union pension.

"I wasn't thinking anything about my future the way I should have been," Foster says. "The way I was living, I thought I'd just have fun while I'm here.... I had no idea that I would live beyond 50.

After his stroke three years ago, "I knew I was finished playing for the time being but I didn't know for how long. But it seems like my playing career is permanently over."

Foster can't earn a living and his monthly Social Security check and the musician's union pension don't cover his expenses. But most elderly jazz musicians don't even have that.

Pianist Danny Mixon says it's still common practice to be paid in cash, with no deductions for Social Security, Medicare, pensions or unemployment insurance. "That's the musician's life — cash money," he says.

Many older musicians who can still perform have no choice but to keep on playing. But they have to compete with younger musicians eager to get experience in a dwindling number of jazz clubs.

"Many guys have found club dates to do on a one-time basis, but it's hard," says pianist Dr. Billy Taylor. Taylor has done better financially than most jazz musicians because of his 20 years on television and radio as a performer and jazz commentator.

But he knows from a lot of his friends that their problems are not just financial. "The mental strain is there," Taylor says. "Here's a person who can't really get a job that he desperately needs.... It's embarrassing."

Felix Contreras begins a four-part series on the plight of aging jazz musicians.