Accessibility links
Royalties Elusive For Many Jazz Greats Reissues are the bread and butter of the jazz record business, but the artists whose talents made the records possible often miss out on the royalties that could help sustain them in old age. 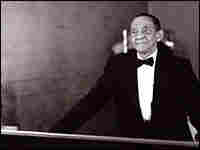 So even as he nears the age of 80, singer Jimmy Scott says he performs at least once a month to pay his bills. From ' If You Only Knew' Cover hide caption

toggle caption
From ' If You Only Knew' Cover 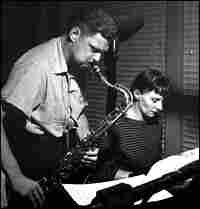 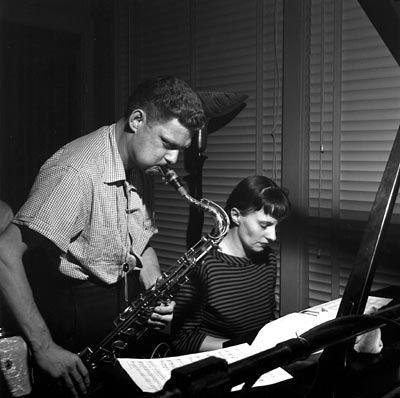 Hear music by artists featured in this report.

'Everybody Is Somebody's Fool' - Jimmy Scott

Reissues are the bread and butter of the jazz record business, but the artists whose talents made the records possible often miss out on the royalties that could help sustain them in old age.

Singer Jimmy Scott was a star in the years following World War II. In 1950, he had a top 10 R&B hit with "Everybody Is Somebody's Fool." But he only got a flat fee for the song. And even though he was a featured artist, Scott says he never got any royalties for records he made for a variety of small and medium-sized labels in the 1940s and '50s.

In the early 1940s, jazz was recorded mostly on small independent labels for producers and label owners who heard both an artistic and commercial potential in the music. Unscrupulous ones would pay the band leaders an advance only to maintain later that their records never sold enough to cover the advance, much less provide royalties.

Some musicians are now turning to Dean Pratt to help them recoup some of what they feel is owed them. Pratt tracks down payments owed to musicians or their heirs. If he's unsuccessful he doesn't get his 15 percent fee.

Pratt says pianist Wynton Kelly, who performed on Miles Davis' landmark Kind of Blue album, died penniless. "I thought to myself, how can that be?" Pratt says.

It's a common tale in jazz. Sidemen were paid a flat fee for each session — no royalties. When royalty agreements were offered, they went to the band leaders. A common royalty rate was 1-4 percent of retail sales.

In 1992, the royalty landscape was shaken up when EMI, one of the four largest record labels, updated its royalty policy. It increased rates for all musicians who recorded for EMI-owned labels prior to 1970 to 10 percent, a contemporary standard.

EMI's holdings include the venerable Blue Note Records. In 2001, a secretary at Blue Note met Jutta Hipp, an obscure pianist who had played with Zoot Sims. Hipp asked whether she had any royalty payments coming for recordings she made for the label in the 1950s. A search of the label's books found more than $40,000 in an escrow account for Hipp.

Once Jimmy Scott's old recordings came out on CD, his lawyer was able to get the labels that were reissuing them to commit to future royalties but no back pay. Scott now gets periodic checks for $300 or $400 — hardly enough to live on. So even as he nears the age of 80, Scott says he performs at least once a month to pay his bills.

"It ain't easy, but you have to be a fighter and keep going," Scott says. "I love the business. It wasn't hard for me to continue, but I have to."