Accessibility links
A Fresh Start For Jazzman Henry Grimes Henry Grimes was an A-list jazz musician in the 1950s and '60s. But then he dropped out of the music scene and fell into emotional isolation. Now at 69, the bass player is making a comeback. His story concludes a series on the plight of aging jazz musicians. 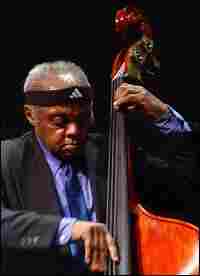 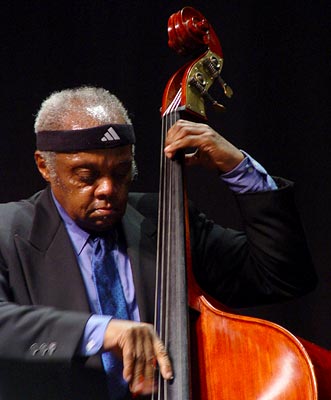 Henry Grimes was an A-list jazz musician in the 1950s and '60s. He played with everyone from swing master Benny Goodman to free jazz saxophonist Albert Ayler.

Then Grimes disappeared. For almost 40 years he lived a life of homeless shelters, day labor and emotional isolation. Grimes had a hard time coping with the competitive jazz scene in New York.

Grimes performed in pianist Billy Taylor's trio in the late 1950s. Taylor says Grimes' talent was not in question. "Here's a guy who whenever he had an opportunity to really express something in the context of the trio... he did it. No trio that I had, before or after that, sounded like that."

Grimes says he's surprised to hear such praise. "I didn't think that I was liked that much."

Margaret Davis, Grimes' companion and manager, says he stopped talking to people during the decades he had dropped out of sight. "He couldn't really get anyone to understand what he was trying to say, or they weren't interested or they didn't care," she says.

Grimes is better off financially than many of his peers who stayed in music. Working as a day laborer, he was careful to submit his Social Security number to employers. Now the 69-year-old can count on 38 years of Social Security and Medicare contributions.

Many jazz musicians his age lack that kind of financial security. For decades they've been paid in cash for performances and recording sessions, with little or no deductions taken out. His monthly checks don't pay all the bills. But now Grimes is adding income from performances.

Three years ago he was rediscovered in Los Angeles by a jazz fan and social worker, and soon he started getting job offers. Grimes has a new contract with a small Swedish label that will release some recordings he made in Europe last summer.

Henry Grimes on the Web