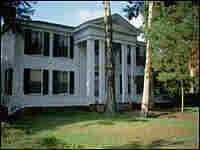 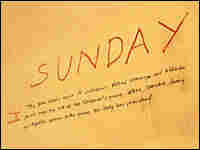 Notes detailing the plot of A Fable cover the wall at Rowan Oak. hide caption 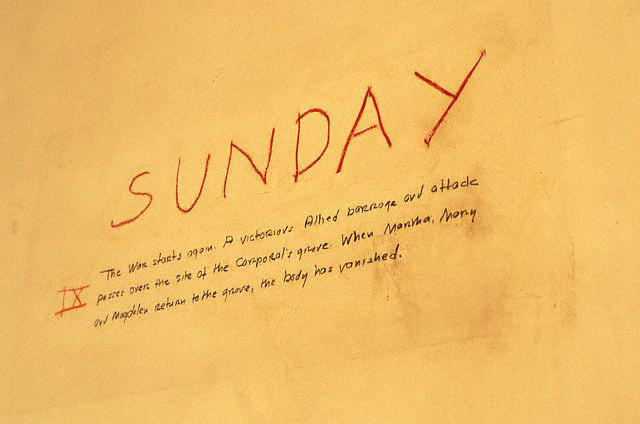 Notes detailing the plot of A Fable cover the wall at Rowan Oak.

The home of Nobel Prize-winning author William Faulkner was rededicated this weekend in Oxford, Miss. Rowan Oak, which underwent a $1.3 million restoration, draws more than 20,000 literary pilgrims each year.

Visitors to Rowan Oak can see the celebrated author's office, complete with his writing desk and Underwood typewriter, where he wrote such works as A Fable.

Built in 1848, the Greek Revival house was in disrepair when Faulkner bought it in 1930.

He spent the rest of his life restoring the property and trying to pay for it by writing what many believe to be the greatest novels of American literature — mythical stories that told the truth about the real South.

Faulkner on the Web