Kings of Leon in Concert

Kings of Leon in Concert 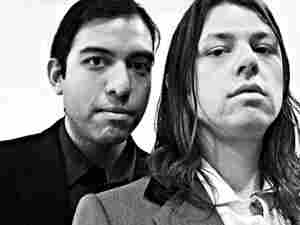 Kings of Leon are a southern rock group based in Nashville featuring three brothers: Nathan, Jared and Caleb Followill along with their cousin, Matthew Followill. The name Leon comes from their paternal grandfather. Some have called the band Lynyrd Skynyrd for the 21st century. They've also drawn comparisons to Creedence Clearwater Revival.

Kings of Leon are on tour to promote their latest CD Aha Shake Heartbreak.

Daddy's in the Doldrums

The Road Leads to Where It's Led

King of the Rodeo