Listen
A Life of Justice: 'Hugo Black of Alabama' 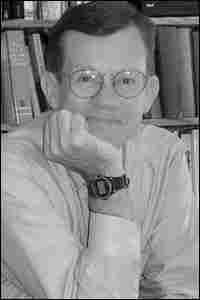 Debbie Elliott talks with biographer Steve Suitts about his new book, Hugo Black Of Alabama. A Supreme Court justice and onetime member of the Ku Klux Klan, Black helped create more uniform laws to protect civil rights after he took a seat on the bench in 1937.

In the book, Suitts recounts the 1970 homecoming speech by Justice Black at the Alabama Bar Association's annual convention. It was Black's first public appearance in his home state in many years.

"I do want to just say this," Black stated after promising to be brief, "It is a great pleasure to be back in Alabama." Like a lost survivor unable to realize that he had returned to the Promised Land, Black dwelled on what was obvious to everyone around him.

"I love Alabama. I love the South... So far as I know not a single ancestor that I ever had settled north of the Mason & Dixon line. They were all Southerners. And so, I am a Southerner."

It was, of course, this very fact that had unleashed the deep, widespread hatred of Judge Black. Many white Southerners believed Black had betrayed his own people, his own friends by forcing the South to dismantle its social customs and, in the words of innumerable Alabama politicians, by destroying "the very foundation of Southern civilization."

In truth, he had done a great deal more. Hugo Black stands among a small number of Southerners who had a profound influence in shaping America and American government in the twentieth century. Beginning in the 1930s in Washington as a U.S. senator, he helped the nation out of the Great Depression, prompted a vast reorganization of the nation's airline and utility industries, developed the first federal statute limiting Congressional lobbying, and authored America's first minimum wage law.

As a member of the U.S. Supreme Court, Black was the earliest prophet of America's judicial revolution that radically transformed the nation's governing system, requiring by the 1960s that all agents of government respect an individual citizen's basic liberties regardless of race, religion, region, or income. Because of Justice Black's rulings, American citizens on both sides of the Mason & Dixon line, for the first time in the nation's history, enjoyed entitlements of the Bill of Rights' individual freedoms specifically mentioned in the Constitution that no government official at any level, in any county or hamlet, could lawfully ignore. Judge Black had written hundreds of opinions — many now the law of the land --expanding the rights of free speech to those whom society considered unpopular, weak, poor, zealous, or hated. During the bleak years of McCarthyism, few, if any, Americans provided a steadier moral force to fight against the nation's self-consuming hysteria about disloyalty and communism than Judge Black.

In the 1960s he authored the Court's decree giving every poor American facing serious imprisonment a right to a lawyer. He joined his brethren in forcing the South to grant the right to vote to black citizens and in requiring all state legislatures to reapportion fairly. In addition, he wrote the Court's opinion that banned religious prayers from the nation's public schools.

These contributions to American life and law were unique for a white Southerner and prompted people of good will throughout the nation (primarily outside the South) to admire and honor him. But, no less impressive and fascinating was Hugo Black's own mysterious, personal journey from obscure, rural Alabama in the nineteenth century to a rare national prominence in the late twentieth century. Indeed, few public figures in modern American history and among the South's own in national political life appear by modern standards to embody so many contradictions and ironies, as rich and poignant as any cultivated in Southern literature. Some of Black's contradictions were known by legal scholars, critics, and many of the people before whom Black now stood. Some were within memory of only a few friends who, like Black, had survived from another century. Others Hugo Black had kept to himself or his family out of shame.

Together, these incongruities seemed legion: between Black's early days in Alabama and later years on the Supreme Court; between his national, judicial pronouncements and his Southern, political role; between his public persona and his actual person. Often they arose as a natural, innocent consequence of his having endured with a strong, vivid personality through the different fashions and fickleness of several eras, but in other cases the differences appeared on their face as products of purely opportunistic or morally indefensible conduct.

Here, for example, stood a man who never completed high school, never attended a liberal arts college, but who became one of the leading intellectuals of American jurisprudence. The son of a deeply conservative, rural merchant who opposed the Populist movement in the nineteenth century, Hugo Black became one of the first U.S. senators from the South in the twentieth century to propose radical economic reform in America. As a practicing lawyer, Black never wanted to try a case in federal court, although once on the federal bench he became one of the nation's earliest advocates for the federal courts' duty to protect any and all citizens from violations of fundamental Constitutional rights.

In Washington, Black was the author of the U.S. Supreme Court's opinion banning Christian prayers in America's public schools, and in Birmingham he was for twenty years a Baptist Sunday school teacher whose Bible classes in the 1920s were larger than most preachers' congregations. In the course of one lifetime, few people seemingly exceeded Hugo Black in his distrust of most newspapers and news media. And no one outranked him in America as the judicial defender of the press to print whatever they pleased, without restraint whatsoever. A man of strict, prudish morals — a genuine 'juris-prude' — Black stood virtually alone in the history of the American judiciary in his constitutional belief that pornography could never be censored.

On the Court, Hugo Black made it particularly more difficult to arrest and convict people of crimes, while in Alabama he worked tirelessly as an aggressive prosecutor who complained often about too many rights for criminal defendants. One of the U.S. Senate's most aggressive and successful investigators, often accused of overriding sacred liberties in the 1930s, Justice Black became the century's foremost judicial critic of unchecked, damaging Senate investigations in the 1950s.

On the Supreme Court, Black was the steady advocate for equal rights and an opponent of racial injustice, but as a lawyer in Alabama he was a card-carrying member of the Ku Klux Klan. And, finally, no one loved the South and its white people more deeply and was hated by them more vehemently than Hugo Black. 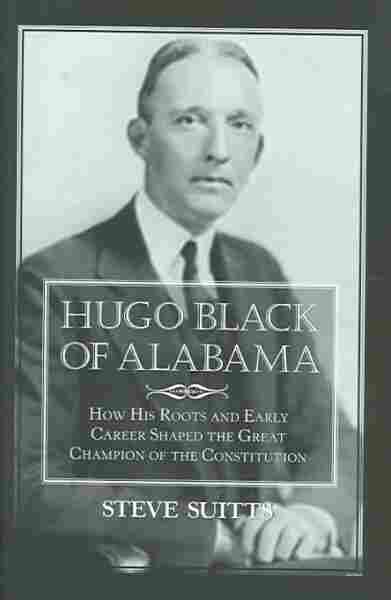