Death Cab for Cutie in Concert on All Songs Considered

Death Cab For Cutie In Concert

Death Cab For Cutie In Concert

Death Cab for Cutie in Concert on All Songs Considered 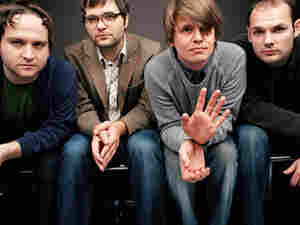 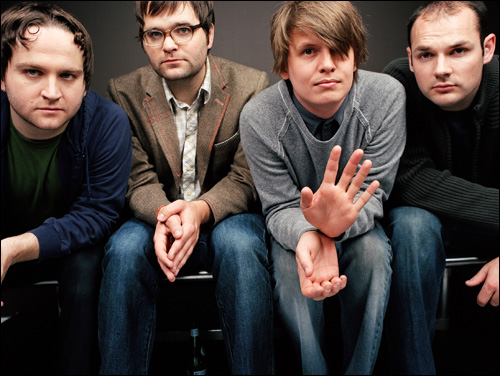 Before signing to a major label for their latest CD, Death Cab for Cutie was arguably the most popular and critically successful independent rock band in the country. The group brought its offbeat rhythms and melodies, intimate themes, and frontman Ben Gibbard's simple but affecting lyrics to Washington, D.C.'s 9:30 Club for this performance, originally webcast live on NPR.org Oct. 24.

Some music critics and long-time fans were puzzled by Death Cab for Cutie's move earlier this year from the indie label Barsuk to Atlantic Records. But with their latest CD Plans, the band proves it's maintained full creative control with its core sound intact. Many are calling it the group's most mature collection of songs to date.

Death Cab for Cutie started as a solo project for principal songwriter and singer Ben Gibbard in 1997. Within a year he'd recruited guitarist/organist Chris Walla, bassist Nick Harmer and drummer Nathan Good. They released their debut LP in 1998 titled Something About Airplanes.

Their sophomore CD was We Have the Facts and We're Voting Yes, released in 2000, followed by The Photo Album in 2001. In 2003 Death Cab for Cutie reached its biggest audience to date with the acclaimed Transatlanticism. The CD, which was the first to feature current drummer Jason McGerr, was some critics' pick for album of the year.