Accessibility links
Ariel Sharon Timeline Ariel Sharon has been a towering figure in Israeli politics and military affairs for decades. Read a chronology of major events in the life of Israel's former prime minister.

Sharon says a large Jewish settlement in the West Bank will be part of Israel. (April 11, 2005)

Sharon explains why he decided to confine Palestinian leader Yasser Arafat to his compound in Ramallah. (March 2002)

Sharon visits the Temple Mount, a site in Jerusalem holy to Arabs and Jews, sparking a Palestinian uprising. (Sept. 28, 2000)

Sharon expresses regret for the massacre of hundreds of Palestinians in Lebanon at the hands of Lebanese Christian forces. (Speaking in 1983) 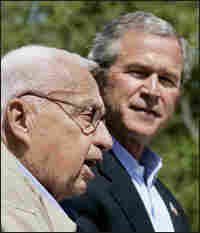 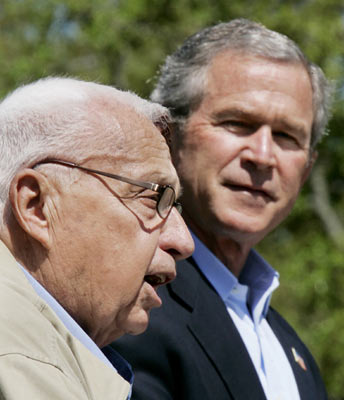 The Mideast in Depth 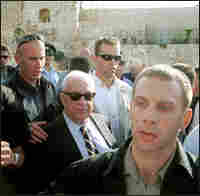 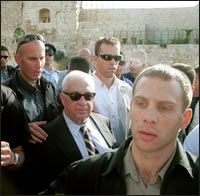 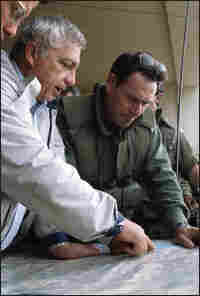 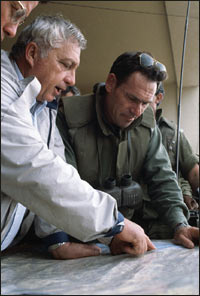 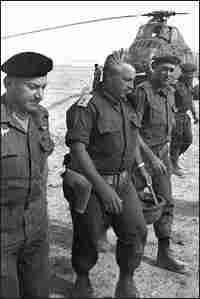 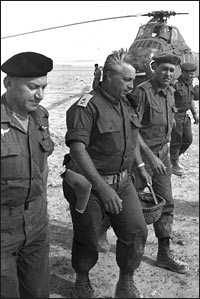 Israeli Gen. Ariel Sharon arrives at an army base shortly before the Six-Day War.

Ariel Sharon has been a towering figure in Israeli politics and military affairs for decades. Read a chronology of major events in the life of Israel's former prime minister.

1928: Born to Russian immigrants in the farming community of Kfar Malal north of Tel Aviv.

1948: After fighting in a Jewish militia opposed to British control, serves with distinction in Israel's War of Independence with Arab states. Sharon was severely wounded in a battle to break the siege of Jerusalem and carried the effects all his life, including near blindness in one eye.

1953: Heads Unit 101, a force carrying out reprisals for the slaying of Israeli woman and her two children. In October, Sharon's troops blow up more than 40 houses in Qibya, a village in the West Bank, then ruled by Jordan. Sixty-nine Arabs die, about half of them women and children. Sharon later says he thought the houses were empty.

1956: Rebuked after engaging his troops in what his commanders regard as unnecessary and unplanned battle with Egyptian forces at Mitla Pass in Sinai Peninsula.

1967: Receives broad praise for his command of an armored division in the Six-Day War, in which Israel captures the West Bank, the Gaza Strip and the Sinai Peninsula.

1971: Placed in charge of curbing terrorism in Gaza Strip. More than 100 suspected militants killed and hundreds detained. Attacks by Palestinians go from 34 in June to one in December.

1973: Commands drive by Israeli troops across the Suez Canal into Egypt during Mideast war. The assault cuts off Egypt's 3rd Army and helps turn the tide in fighting, establishing his reputation as war hero to many. His head is grazed by a bullet during the fighting.

1975: Premier Yitzhak Rabin appoints him to the post of special adviser security affairs.

1977: After gaining only two seats in May 1977 elections, Sharon opts to merge with victorious Likud bloc.

1977-81: Minister of agriculture under Menachem Begin.

1970s, '80s, early '90s: As government minister, leads push to build dozens of Jewish settlements in West Bank and Gaza Strip, despite Palestinian and international protest. Settlements are one of the most contentious issues in current peace negotiations. However, when Israel has to return the Sinai desert to Egypt in 1982, Sharon overrides resistance from Jewish settlers and has their homes bulldozed to rubble.

1982: As defense minister (1981-83), engineers Israel's invasion of Lebanon. It is portrayed as quick, limited strike to drive Palestinian fighters from Israel's northern border. However, Israeli troops advance to outskirts of Beirut, and war escalates. Israeli-allied Christian militia kill hundreds of Palestinians at refugee camps in west Beirut, sparking international outrage. Sharon is forced to resign after an Israeli inquiry (the Kahane Report) finds him indirectly responsible for the massacre that occurred at Sabra and Chatila. Fighting in Lebanon lasts 18 years, until Prime Minister Ehud Barak unilaterally withdraws Israeli troops in May 2000.

2000: Sharon visits the disputed Temple Mount on Sept. 28 to emphasize Israel's claim of sovereignty. Muslims, who call the site the Noble Sanctuary, are outraged, and widespread violence breaks out a day later. The bloodshed sparks a political crisis in Israel, leading to Barak's resignation. Sharon wins a landslide victory over Barak in Feb. 6, 2001, election for prime minister.

2003: Sharon wins early elections he was forced to call and remains prime minister. Later in the year, Sharon begins construction of Israel's separation barrier along and in the West Bank.

Aug. 17, 2005: Israel begins unilateral withdrawal from Gaza and part of the West Bank. Sharon had earlier reversed his course of decades of support for Jewish settlement construction and expansion in the West Bank and Gaza. The last Israeli soldiers leave Gaza on Sept. 12.

November 2005: Amid growing dissent within the Likud Party over the withdrawal from Gaza, Sharon leaves the party with many of his key allies to found Kadima. New elections are set for March 28, 2006.