Accessibility links
The Lessons of the Buddha Three experts on Tibetan Buddhism — a scholar, an anthropologist, and a former monk and translator for the Dalai Lama — talk to Bill McQuay about the finer points of some of the religion's core concepts.

The Lessons of the Buddha

The Lessons of the Buddha

Three experts on Buddhism — a scholar, and anthropologist, and a former monk and translator for the Dalai Lama — talk to Bill McQuay about the finer points of some of the religion's core concepts, such as reincarnation and karma. Learn more about each expert, and hear them address how making pilgrimages like the journey around Kawakarpo are central to the faith: 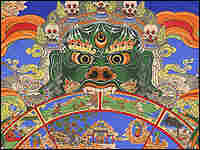 Multimedia Slideshow: Take a tour of Buddha's Wheel of Life with Robert Thurman.

French anthropologist and photographer Katia Buffetrille has traveled widely throughout Tibet over the past two decades, and the focus of her research is on one of the most important forms of Tibetan religious practice: pilgrimages around sacred mountains. 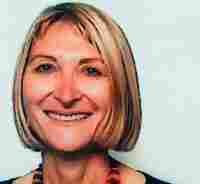 Buddhism and Yula in Tibet

Walking alongside Tibetan pilgrims, she is the first Western scholar to complete the week-long pilgrimage to Amnye Machen mountain (Amdo) on three different occasions, in 1990, 1992 and again in 2002. She did three circumambulations around Kawakarpo, two around Kailash and one around Tsibri in central Tibet. She also participated in pilgrimages at many other sites in central and western Tibet, Amdo, Khams, Nepal and India.

Buffetrille has published a book and numerous articles on pilgrimages, and works as anthropologist at the Ecole pratique des Hautes-Etudes (Sorbonne) in Paris.

Robert A.F. Thurman is the Jey Tsong Khapa Professor of Indo-Tibetan Buddhist Studies in the Department of Religion at Columbia University. He is also president of the Tibet House U.S., a non-profit organization dedicated to the preservation and promotion of Tibetan civilization, and president of the American Institute of Buddhist Studies, dedicated to the publication of translations of important texts from the Tibetan Tanjur.

Thurman's writings focus on the "inner revolution" of both individuals and societies to discover the true nature of reality, and on Western culture's progression toward a "second Renaissance" -- the merging of the scientific method and empirical truths with the "inner science" of ancient Indian culture.

Thurman believes America is uniquely poised to realize the Buddha's vision -- that the happiness guaranteed by America's founders "should be ours, and that there are methods for discovering which happiness is really reliable and satisfying and then securing that in an enduring way without depriving others."

Thurman is the author of many books on Tibet, Buddhism, art, politics and culture, and has collaborated on several important traveling art exhibitions.

Thurman has a B.A., A.M. and Ph.D. from Harvard and has studied in Tibetan Buddhist monasteries in India and the United States. In 1962, Thurman became the first American ordained as a Tibetan Buddhist monk. He gave up his robes after several years, however, when he discovered he could be most effective in the American equivalent of the monastery -- the university. Thurman has five children and five grandchildren.

The legend of the Wheel of Life

Mountain passes and the weight of sin

Buddhism as a science of the mind

This life is an evolutionary step

Tibet's shift from militaristic to monastic

Touring the Buddha in northern India

How to attain the status of Buddha

Afterlife vs. 'the between' life 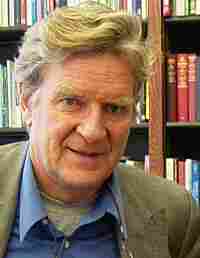 Thupten Jinpa was born in Tibet in 1958 and trained as a monk at Zongkar Chode Monastery in southern India. He later joined the monastic university at Shartse College of Ganden and taught Buddhist epistemology, metaphysics, Middle Way philosophy and psychology. Jinpa also holds at Bachelor's Degree in Western Philosophy and a PhD in Religious Studies from Cambridge University.

Since 1985 he has been the principal English translator to His Holiness the Dalai Lama, and has traveled extensively with him. Jinpa has translated and edited more than 10 books by the Dalai Lama. 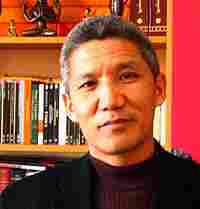 Values at the core of Buddhism

Acting in a 'least harmful' way

The moment of Buddhist death

Buddha is not a single person

The higher goal of rebirth

From 1996 to 1999, Jinpa was the Margaret Smith Research Fellow in Eastern Religion at Girton College, Cambridge University. He currently is president of the Institute of Tibetan Classics in Montreal, Canada, and the editor-in-chief of the translation project The Library of Tibetan Classics, being developed by the institute.

Jinpa is also on the advisory board of various educational and cultural organizations, such as the Mind and Life Institute, the Orient Foundation, the Meridien Trust, Global Ethics and Religion and the Manjushri Buddhist Online Community. He is currently an adjunct professor at McGill University. Thupten Jinpa lives in Montreal with his wife and two young daughters.