Belle and Sebastian, The New Pornographers In Concert

Belle and Sebastian, The New Pornographers In Concert 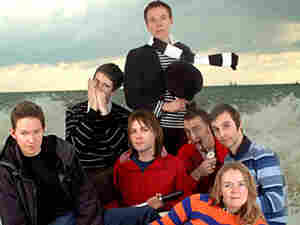 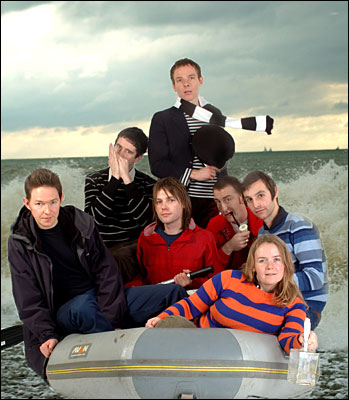 Both bands are on tour for critically acclaimed new albums: Belle and Sebastian's The Life Pursuit and The New Pornographers' Twin Cinema.

Known primarily as a chamber pop group with precious lyrics and whimsical melodies, Belle and Sebastian show their brawnier side on the new album. The Life Pursuit is filled with songs inspired in part by the glam rock of T. Rex and David Bowie, the funk of Sly and the Family Stone and classic rock by the Kinks and Rolling Stones.

Writing in his online diary, Murdoch says he feels the band's latest album is a decisive move, similar to the moment the Rolling Stones recorded "You Cant Always Get What You Want." "It struck me that I felt some parallels with the Stones around that time (of the recording)," says Murdoch. "Now this may seem extremely presumptuous and all that, but a boy has to dream. It seems to me that they started making some of their best records around that time... ...Stevie (Jackson) and I talked about it and realized that now matter how much we chased the prize, we would still follow our hearts before anything. And our hearts just love music, recorded music, music of the soul, smash hits, transcendent singles, trippy albums that take you by the hand and lead you to the Promised Land."

The New Pornographers are considered an indie-rock super-group in Vancouver, with members from several other popular Canadian bands. Singer A.C. Newman is from the group Zumpano, while bassist John Collins is from the band Thee Evaporators and guitarist Dan Bejar is from the group Destroyer. Keyboardist Blaine Thurier is a well-known cartoonist and filmmaker. Singer Neko Case has an established career as a solo artist. The New Pornographers also features Kurt Dahle on percussion, Todd Fancey on guitar, Kathryn Calder on vocals and piano and singer Nora OConnor.

"We consciously wanted to change it up a little," says Newman. "Retain what made the first two albums (we did) great, but move in new directions. I wanted it to be more sweeping and sprawling, to have the songs move dynamically, both internally and from song to song. We wanted to see if we could make a record that isn't referred to as 'the windows down, car-stereo-blasting summer album of the year', if only once."

Newman says the new album's sound was informed by a number of other groups. "Various unintentional influences have crept into our work, some of which were quickly removed: The Moody Blues, Tubeway Army, Wings, always Wings, never The Beatles, Eno of course, you can't play ebow (a bow for electric guitars) without sounding like Eno, Modern English, middle period post-Gabriel Genesis, The Stranglers, 10CC. We're still trying to find a way to insert some dub/white reggae in the mix, just as an intellectual exercise, to see if we can do it without being dropped from the label. I know it sounds awful but it will all work out."