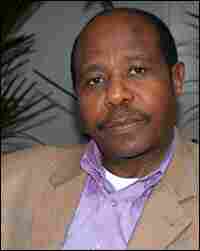 Web Extra: In an excerpt from 'An Ordinary Man,' Paul Rusesabagina describes the economics of luxury hotels in poor African nations.

Rwandan President Juvenal Habyarimana, a member of the Hutu clan, and Burundian President Cyprien Ntaryamira were killed when their plane was shot down as it was about to land in the capital of Kigali. The response was swift: The presidential guard murdered Habyarimana's political opponents and put into motion a preplanned campaign to slaughter rival Tutsi clan members.

The international community did little to stop the bloodshed, and it ended only when a Tutsi rebel group defeated the Hutu-backed government.

Amid the stories of unthinkable, pitiless bloodshed, there were faint voices of hope.

Paul Rusesabagina, dubbed by some the "Oskar Schindler of Africa," resisted the madness that surrounded him and quietly sheltered more than 1,200 Tutsis and moderate Hutus within the walls of the luxury hotel he managed. Outside those hotel walls, mobs hunted down their victims and hacked them to death with machetes.

Rusesabagina's story became the basis of the Oscar-nominated film Hotel Rwanda. His memoir goes further, charting his extraordinary career and never-before-reported details of Rwanda's 100 days of horror — and the betrayal he still feels toward the U.N. peacekeepers who refused to help him. His book also takes a wider look at colonialism, tribal identity and conflict resolution.

Excerpt: 'An Ordinary Man: An Autobiography' 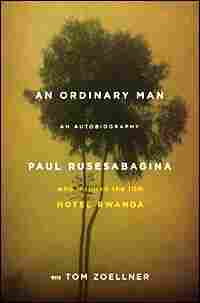 So it did not stop.

The guards opened the gate for me at my house, and I walked through my front door to the sound of a ringing telephone. It was Bik Cornelis, the general manager of the Hotel Mille Collines -- my counterpart at Sabena's other luxury hotel. He was a colleague and a friend, and not one to waste time when something was pressing.

"Paul," he said, "your president and the president of Burundi have been murdered!

"Their plane was shot down with a rocket just a few minutes ago and they are both dead!"

My wife and I stared at one another from across the living room while I tried to digest the meaning of these words. The only clear thought I could manage was that Tatiana must have heard the sounds of a plane exploding. I had no idea what that must have sounded like.

"Whatever you think is best," he said. "I will be in touch."

We hung up and I told my wife the news while I dug in my pants pocket for a phone number. Tatiana looked as if she might faint. There was no need for us to discuss the gravity of the situation. We both knew Rwanda's history. Murders at the top are usually followed by slaughters of everyday people. And since I was such a political moderate and she was a Tutsi we were both in trouble. How much time would we have before-there was a knock at the door?

I picked up the phone.

The leaders of the UN troops had always been cordial to me on their frequent visits to the hotel, and they often said things like, "If there's anything you need, please call the compound and we'll see what we can do for you." This seemed like a good time to play that card. I was put on the line with the commander of the Bangladeshi troops that made up the largest contingent of the United Nations' mission in Rwanda. I had heard rumors about their poor training and lack of equipment, but they were wearing the uniform of the UN, which carried a kind of magical protection for them. Unlike nearly everybody else, they could pass roadblocks without harassment by the militia.

"I need a military escort to the Diplomates Hotel," I told him. "Can you help me?"

His voice sounded very far away, as if he was speaking from down a long hallway.

"People have already started killing other people," the major told me. "They are stopping people at roadblocks and asking them for identification. Tutsis and those in the opposition are being killed with knives. It is very dangerous to go outside. I don't think I can help you."

"Well, what am I supposed to do if they come here looking for me?" I asked.

"Does your house have two doors?"

"Does your house have more than one way to get inside?"

"Yes, of course. There is a front door and a backdoor. Why?"

"It is very simple. If the killers come looking for you through the front door, just leave through the backdoor."

I thanked him for this advice and hung up.

It seemed that this was going to be all the help we would get from the United Nations tonight. I resigned myself to staying at home that night and hoping that nobody would come through either door.

Excerpted from An Ordinary Man: An Autobiography. Copyright © Penguin USA. All rights reserved. 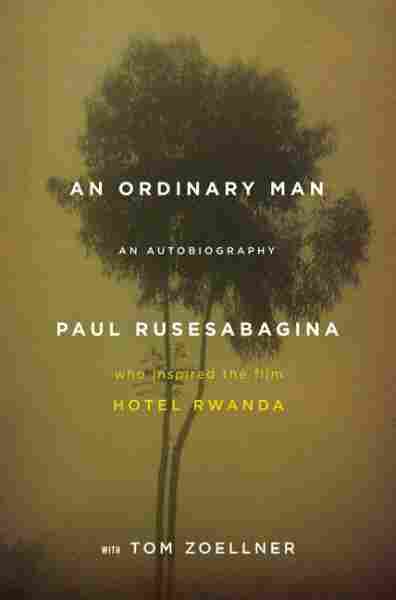