Accessibility links
Neko Case In Concert On her latest CD, singer Neko Case swings somewhere between the worlds of heavy art rock and bittersweet country. Hear her perform cuts from Fox Confessor Brings the Flood and more in a full concert recorded live from Washington, D.C. 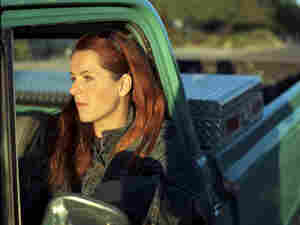 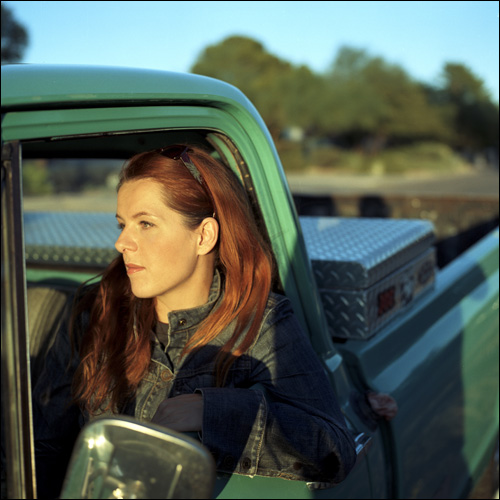 Though she defies most conventional genre labels, singer Neko Case swings somewhere between the worlds of heavy art rock and bittersweet country. Currently on tour for her latest CD, Fox Confessor Brings the Flood, Case visits Washington, D.C.'s 9:30 Club for a night of music, originally webcast live in its entirety on NPR.org April 9.

When she isn't singing for the Canadian power-pop group New Pornographers, Neko Case works as a solo artist, crafting gospel and country-inspired songs. For her latest CD, she collaborates with artists like The Sadies, Giant Sand leader Howe Gelb, vocalist Kelly Hogan, Calexico's Joey Burns and John Convertino, and others.

Early in her music career, Case played drums in punk bands. But her views on music changed when she heard an obscure spiritual album by Bessie Griffin & Her Gospel Pearls.

"I was 19," Case says. "I was heavily into punk rock, and punk rock was really dogmatic and macho. But this record made me feel like, you know what, these people are singing about something they really care about. These ladies aren't kidding. And they sing about religion with more passion than anybody sings about anything — not about love or sex or violence or anything. It's like their voices are these crazy cannons or something. I wanted to be able to sing like that, because I thought that must've felt really good."

Case has since released a half a dozen solo albums. Fox Confessor Brings the Flood is her most critically acclaimed CD to date.

Case is joined on the tour by singer Martha Wainwright. Wainwright recently released a self-titled debut CD after previously appearing on albums by her father, Loudon, and her brother, Rufus, both established and relatively well-known musicians. Martha's mother and aunt are folk singers Kate and Anna McGarrigle.

Uncut magazine says Martha's songwriting "combines something of her mother's grace, her father's wit and her brother's artful, cabaret-pop sophistication, delivered with a rock 'n' roll passion that is all her own."

"I was insecure and fearful of making the leap because the bar is set so high with the McGarrigles and Rufus and Loudon that I didn't want to fall flat on my face," Martha says. "I also think I needed to go through a certain amount of life experience to know for sure that this is what I wanted."