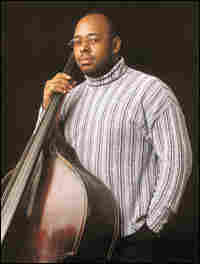 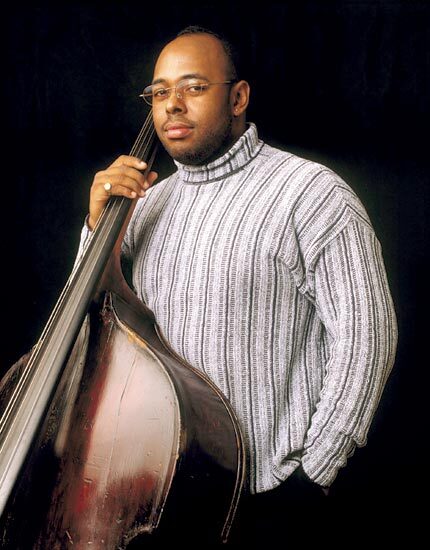 Christian McBride says the acoustic bass is "probably just the most beautiful-sounding instrument."

Walking on the Moon

Sitting on a Cloud

Nobody's ever going to groove harder playing straight ahead than Ray Brown. No one's going to groove any funkier ever than Bootsy Collins or Larry Graham (Sly & the Family Stone). You start thinking, 'Man, what's left?'

Christian McBride, a protégé of the late jazz great Ray Brown, compares playing the bass to being an offensive lineman in football: "You're kind of not noticed until you're not there."

But he can't see himself playing anything else.

The acoustic bass is "probably just the most beautiful-sounding instrument," the Philadelphian says. "Just something that low and that resonant, you see this huge instrument and this wood — this house — on stage. You feel it more than you hear it."

As a young man, McBride hauled his double bass up to New York City. He started at the Juilliard School but by 19, he was recording with the likes of Wynton Marsalis and Joe Henderson. He since has played with jazz icons including McCoy Tyner and has toured with Sting.

Growing up, McBride remembers his mother showing him dance steps by the Temptations and seeing his father, bassist Lee Smith, performing with Cuban-born percussionist Mongo Santamaria.

During the recording of his first CD, 1995's Gettin' To It, McBride was joined by legendary jazz bassists Brown and Milt Hinton. During one session, Brown told Hinton not to go easy on the young McBride.

"They had no mercy on me whatsoever, and I loved every minute of it," McBride says.

As one of a generation of "young lions" who came of age in the 1990s, McBride crosses easily from more traditional jazz forms into the fusion sounds of Weather Report, and pop — touring and recording with Sting and Diana Krall.

McBride says he encourages his own band members to bring their own styles to the music.

McBride often wonders how he could build upon his predecessors' works on the bass.

"Nobody's ever going to groove harder playing straight ahead than Ray Brown," he says. "No one's going to groove any funkier ever than Bootsy Collins or Larry Graham (Sly & the Family Stone). You start thinking,' Man, what's left?'

"But if I'm going to make some kind of contribution to the world of music, I have a feeling it's going to be rooted in the groove underneath — the bottom."