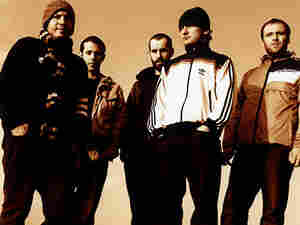 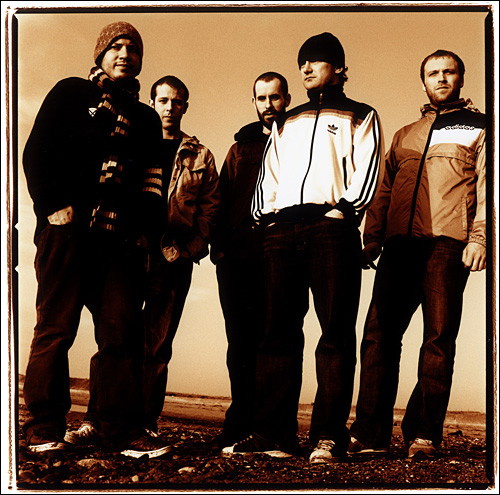 A presentation of NPR Music and the 9:30 Club in Washington, D.C.

The Scottish quintet Mogwai serves up its own distinctive style of sprawling, sometimes hypnotic space rock in a full concert recorded live from Washington, D.C.'s 9:30 Club. Hear the band showcase selections from its latest CD, Mr. Beast, in a performance originally webcast live on NPR.org May 10.

"We consciously tried to have some louder music on this album," says singer Stuart Braithwaite. "We had begun to realize that there was a big difference between our live shows and our records, and there was no real reason for that. We wanted to make a record that we were going to enjoy playing live, because when we're on stage, we like the songs where we're really going for it more than the ones where we're just kind of plinking away.

"The quiet-loud/quiet-loud formula that was our trademark became pretty cliched," Braithwaite adds. "Also a lot of other people started doing it, so we consciously tried to stop. Not that we invented it, but it got to the point where people thought that was all we did, plus we were getting tired of it ourselves.

"What we ended up doing then was being really quiet and minimal, but later we realized we really missed making a lot of noise. Now felt like a good time to get back to that. Although only about 25 percent of the new album is actually noise, that's the one thing we consciously had in mind when we set out."