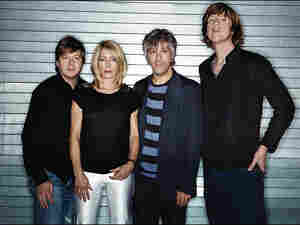 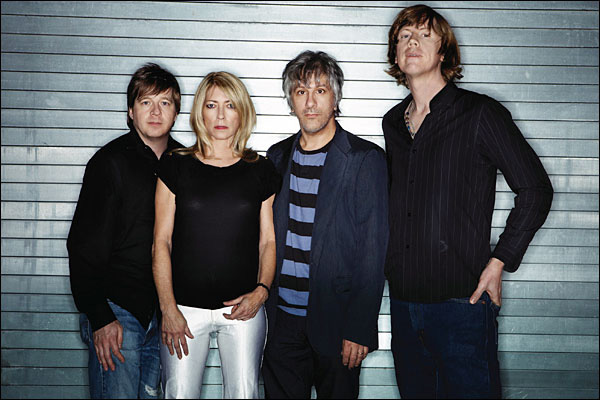 A quarter century after the group first formed in New York, Sonic Youth remains one of rock's more inspired, creative bands. Now on tour for their 20th album, Rather Ripped, the trio visits Washington, D.C.'s 9:30 Club for a full concert, originally webcast live on NPR.org June 15. The show included an opening performance by Be Your Own Pet.

When guitarists Thurston Moore and Lee Ranaldo formed Sonic Youth with bassist Kim Gordon and drummer Richard Edson in 1981, they could never have imagined the band would go on to inspire and influence a generation of other artists. From the beginning, they mixed experimental noise rock with New Yorks post-punk, avant-garde aesthetic and came to create a new sound — one that redefined what rock guitars could do, with dissonant feedback and alternate tunings.

By the '90s, Sonic Youth had become a fixture of college radio stations and achieved cult status with legions of other bands emulating their sound. In time, the groups songs became more focused and less free-form, but remained rooted in noise, with each album ranking consistently in the Top 100.

After several line-up and label changes, Sonic Youth entered the 21st century with Chicago producer and musician Jim O'Rourke joining the group. Together they released three albums: NYC Ghost and Flowers in 2000, Murray Street in 2002 and Sonic Nurse in 2004. In 2005, O'Rourke left the band and Sonic Youth continued with its mostly original lineup, featuring Kim Gordon, Thurston Moore, and Lee Ranaldo with drummer Steve Shelley.

Sonic Youth's latest album, Rather Ripped features shorter, more conventionally structured and melodic songs with less guitar-based, improvised noise. With two-decades of releasing records behind them, some critics are calling the groups latest CD one if its strongest to date.

Be Your Own Pet is a Nashville, TN garage rock band making catchy, manic music. Their self-titled CD has been called a stampede of songs. Already a critical and cult favorite in the U.K., Be Your Own Pet hopes to reach a wider U.S. audience as the opening act for Sonic Youths current tour.