Hear part 1 of the story

'Still Hungry in America': A Return to Mississippi

Hear part 1 of the story

Hear Part 2 of the Story 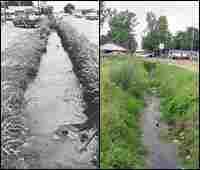 In Belzoni, many things have changed -- yet some things have stayed the same. Al Clayton/Alison MacAdam, NPR hide caption 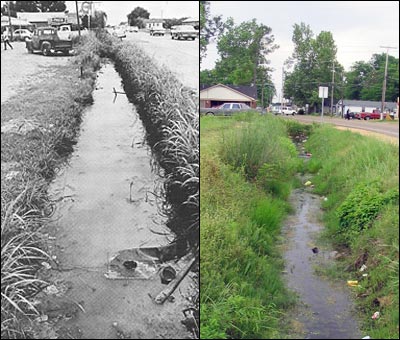 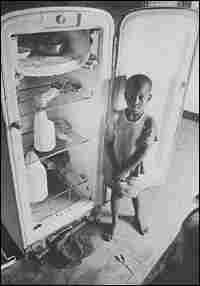 This is one of Al Clayton's powerful photographs in the 1969 book Still Hungry in America, which chronicled poverty and hunger in the American South. Al Clayton hide caption 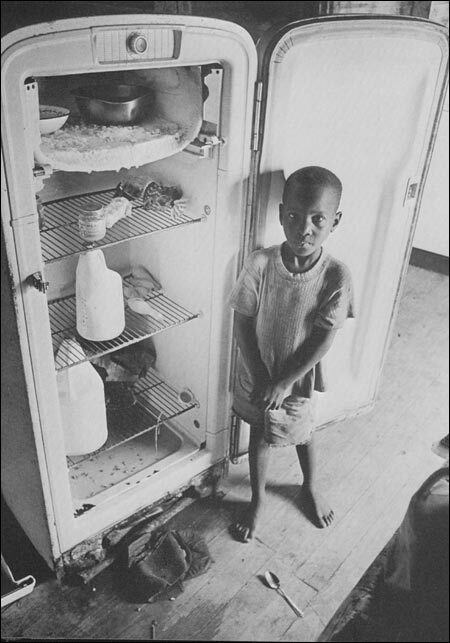 This is one of Al Clayton's powerful photographs in the 1969 book Still Hungry in America, which chronicled poverty and hunger in the American South.

Al Clayton
Listen to an Interview with Al Clayton and See More of His Photos June 19, 2006

If you are of a certain age, you may well remember your parents urging you to eat all the food on your plate with the following admonishment: "Don't you know there are starving children in Africa or somewhere in the world?"

In our household, my parents made a point of reminding their three kids that there were starving children here in America. And occasionally they would pick up a book to prove the point. 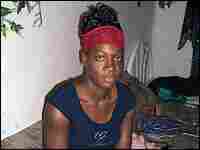 That book is called Still Hungry in America. In the spirit of Walker Evans' Depression-era photographs, it chronicled poverty in the American South during the 1960s, a time when the mass mechanization of farming had pushing thousands of sharecroppers out of work.

The book — with photographs by Al Clayton and text by the eminent psychiatrist Robert Coles — challenged the notion that the United States was a land of plenty, with its grim portrait of malnourished children and families crowded in tarpaper shacks.

My students are all very smart, writes Anderson Heston, a teacher at Humphreys County High School in Belzoni, Miss.

That said, he continues, they have been denied access to an equal education. He says most of his ninth-graders probably read on a seventh-grade level, and their cultural literacy is somewhere around the level of a somewhat sophisticated 10-year-old.

Ultimately, he writes, his students are cheated: They work hard, and their teachers work hard, but there is no compensation for an upbringing in an environment that is, to put it politely, starving for literacy. There is not a single bookstore in Humphreys County.

'Still Hungry in America': A Return to Mississippi

"It was so graphic with the small folks," recalls Clayton. "The face of a hungry child or their demeanor just really prints on me. It's unforgettable."

For years now, that book has been sitting on a shelf in my office.

And, over time, when I glanced up and saw that title — Still Hungry in America — it seemed more like a question than a statement of historical fact.

Are people still hungry in America? What happened in the places where those photographs were taken? To find out, we had to go back to where this story begins, back to the spring of 1967, when fierce debate was under way in the Senate over funding for anti-poverty programs.

Our story starts with those historic hearings — and ends in Belzoni, Miss. It's the seat of Humphreys County, still one of the poorest counties in one of the poorest states in the United States. The median household income is around $20,000, and about one-third of the residents receive food stamps.

It's also one of the places where, nearly 40 years ago, Clayton and his guide, Kenneth Dean — then a young civil rights activist — went to chronicle the people who were "still hungry in America."

We return to Belzoni, with Kenneth Dean as our guide as well. Not surprisingly, the Mississippi Delta town continues to struggle with poverty.

But instead of hunger, poor nutrition — and an obesity epidemic — now pose the greatest food-related threats to the town's poorest residents.