Sangam (SAHN-gahm) is a Hindi word that means confluence. It represents a meeting of rivers and a melding of waters. 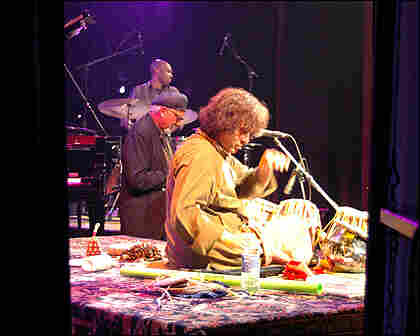 Their music is not unlike a river: sometimes a trickle, sometimes a torrent, but always improvisational. The Sangam trio made its New York debut this past week, and Charles Lloyd and Zakir Hussain discussed their music.