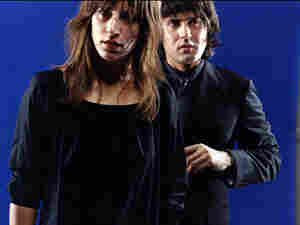 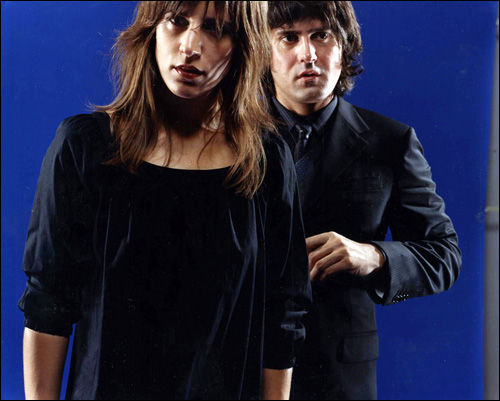 The brother-sister duo Fiery Furnaces make wildly experimental music that's as playful as it is unpredictable. Matthew and Eleanor Friedberger, on tour for their latest CD Bitter Tea, visit Washington, D.C. for a full concert, originally webcast live on NPR.org June 30, with an opening performance by the Philadelphia art-rock group Man Man.

The Friedbergers are products of a musical family. Their grandmother was a choir director; their mother played piano, guitar and sang. After graduating from college and traveling abroad, Matthew and Eleanor returned home to Oak Pak, Ill. and started collaborating on songs. Drawing on diverse influences from show tunes to Bob Dylan and honky tonk, they crafted sonically adventurous, twisted and distinctive tunes.

After relocating to New York, they began recording and performing as the Fiery Furnaces. Their 2003 debut, Gallowsbird's Bark was hailed by critics as "an oddball masterpiece" (Mojo) and "a joy from start to finish" (Q Magazine).

Blueberry Boat followed in 2004. The following year produced Rehearsing My Choir — a family portraits of sorts set to music, a family portrait they recorded with their 82-year-old grandmother. The Fiery Furnaces' latest CD is Bitter Tea, released in April 2006. Its the bands first release for the Fat Possum label.

In describing their sometimes strange, sonically adventurous sound, Matthew Friedberger tells NPR's Fresh Air with Terry Gross, "I know I like to think of our music as being real genre specific. I'm always uncomfortable with people in bands, rock bands, saying 'I'm inspired by the three-penny opera,' or something like that.

"There are all sorts of weird, strange precedents in rock music. But I try to come up with a scenario for what the record is supposed to be and that excuses how the record sounds. Like on the record with my grandmother, it's her talking and this sort of broken keyboard parlor music, because that suggests the musical world of our grandmother pretty successfully. And I think for me to try to think about specific things and then, however I've set that up in my own head, I use that to excuse any nonsense I want to do."

The members of Man Man have been called "spaz-rock freaks" (Pitchfork) who give "circus-of-insanity live shows" (All Music). Drawing heavily on Tom Waits, Man Man makes quirky and mischievous music, often with old-world instrumentation and plenty of theatrics. Their latest CD is Six Demon Bag on Ace Fu Records.