Accessibility links
Do What You Love Tony Hawk has turned what many consider a childhood activity into a professional career. For Hawk, skateboarding is not only a job, it's a means of expression and a foundation for personal belief.

Listen
Do What You Love 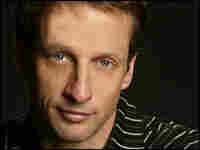 Tony Hawk got his first skateboard when he was 9 years old. Five years later, he turned pro. Hawk's autobiography and video games have been best sellers, while his foundation has funded skate-park construction in low-income communities across America. hide caption

I believe that people should take pride in what they do, even if it is scorned or misunderstood by the public at large.

I have been a professional skateboarder for 24 years. For much of that time, the activity that paid my rent and gave me my greatest joy was tagged with many labels, most of which were ugly. It was a kids' fad, a waste of time, a dangerous pursuit, a crime.

When I was about 17, three years after I turned pro, my high school "careers" teacher scolded me in front of the entire class about jumping ahead in my workbook. He told me that I would never make it in the workplace if I didn't follow directions explicitly. He said I'd never make a living as a skateboarder, so it seemed to him that my future was bleak.

Even during those dark years, I never stopped riding my skateboard and never stopped progressing as a skater. There have been many, many times when I've been frustrated because I can't land a maneuver. I've come to realize that the only way to master something is to keep at it — despite the bloody knees, despite the twisted ankles, despite the mocking crowds.

Skateboarding has gained mainstream recognition in recent years, but it still has negative stereotypes. The pro skaters I know are responsible members of society. Many of them are fathers, homeowners, world travelers and successful entrepreneurs. Their hairdos and tattoos are simply part of our culture, even when they raise eyebrows during PTA meetings.

So here I am, 38 years old, a husband and father of three, with a lengthy list of responsibilities and obligations. And although I have many job titles — CEO, executive producer, senior consultant, foundation chairman, bad actor — the one I am most proud of is "professional skateboarder." It's the one I write on surveys and customs forms, even though I often end up in a secondary security checkpoint.

My youngest son's preschool class was recently asked what their dads do for work. The responses were things like, "My dad sells money" and "My dad figures stuff out." My son said, "I've never seen my dad do work."

It's true. Skateboarding doesn't seem like real work, but I'm proud of what I do. My parents never once questioned the practicality behind my passion, even when I had to scrape together gas money and regarded dinner at Taco Bell as a big night out.

I hope to pass on the same lesson to my children someday. Find the thing you love. My oldest son is an avid skater and he's really gifted for a 13-year-old, but there's a lot of pressure on him. He used to skate for endorsements, but now he brushes all that stuff aside. He just skates for fun and that's good enough for me.

You might not make it to the top, but if you are doing what you love, there is much more happiness there than being rich or famous.