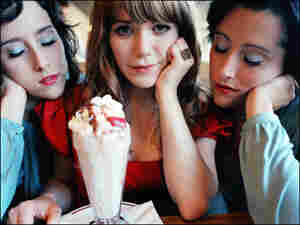 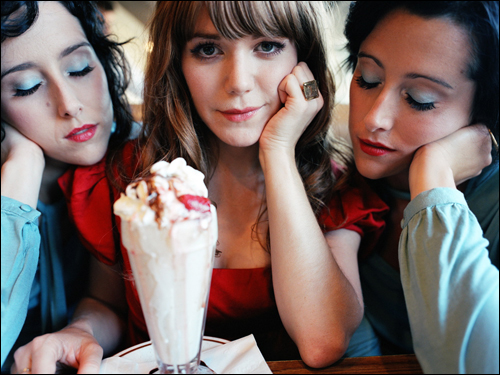 Jenny Lewis with The Watson Twins

This live webcast is a presentation of NPR Music and the 9:30 Club in Washington, D.C.

Singer-songwriter Jenny Lewis has a hauntingly soulful voice. Her latest CD, Rabbit Fur Coat is inspired by her lifelong love for folk, country and Southern gospel, with beautifully crafted story songs. Hear Lewis in a full concert recorded live from the 9:30 Club in Washington, D.C. The performance originally webcast live on NPR.org Oct. 15.

Lewis got her start in the late '90s as the co-songwriter and singer for the Los Angeles art-pop band Rilo Kiley. She also appeared on recordings by Cursive and Postal Service. Originally from Las Vegas, Lewis sings with a voice critics have compared to Loretta Lynn, Petula Clark and Neko Case.

For her debut solo release, Lewis says she was inspired by the 1971 Laura Nyro and LaBelle classic blue-eyed soul album Gonna Take a Miracle. "That album was always in the back of my mind," says Lewis. "If I could just make something that captured the feeling of that record."

Lewis says she was reluctant to record a solo album, saying it's taken her "some years to feel confident writing alone." But she decided to commit to the project after talking with Bright Eyes singer-songwriter Connor Oberst. "I didn't even consider making a solo record until Conor asked me a couple of years ago. He said he was starting a label, Team Love, and he'd love for me to make a record for it."

Oberst appears with Lewis on Rabbit Fur Coat. She also got help from M. Ward, Death Cab for Cutie's Ben Gibbard and producer Mike Mogis. The Kentucky-born gospel duo The Watson Twins (Chandra and Leigh Watson) provide magnificent backup harmonies. "I'm just so impressed with their instincts as singers and their relationship to my songs," says Lewis. "They were very serious about them."