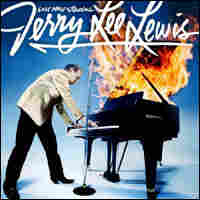 Tracks from the CD

Just a Bummin' Around 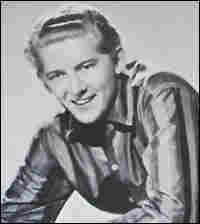 Rock and roll legend Jerry Lee Lewis, whose 1957 hit "Whole Lotta Shakin' Goin' On" is one of the most recent additions to the National Recording Registry. Library of Congress hide caption 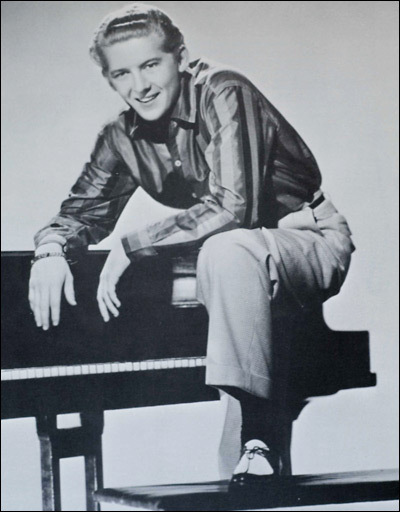 Rock and roll legend Jerry Lee Lewis, whose 1957 hit "Whole Lotta Shakin' Goin' On" is one of the most recent additions to the National Recording Registry.

Lewis on His Nickname "Killer":

"We got called down to the principal's office one day..." 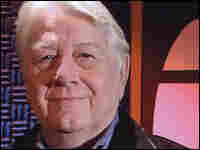 Robert Gordon is a musician, critic and the author of It Came from Memphis, a chronicle of the city's music history. Trey Harrison hide caption

Gordon on "Shakin'" and Sex:

"The rock and roll monster gets out of the bag..."

In the first of a five-part series produced by independent producer Ben Manilla and Media Mechanics, Weekend All Things Considered honors five of the recordings most recently deemed "culturally, historically or aesthetically" significant to preserve for all time.

After 50 years of igniting keyboards, audiences and scandals, you'd think Jerry Lee Lewis might want to take a break.

But "the Killer" is still rocking.

Lewis, who turned 71 in September, recently released his first album in more than a decade. The aptly titled Last Man Standing features 21 duets, pairing him with Eric Clapton, Willie Nelson, Buddy Guy, Bruce Springsteen and others. It also showcases the hell-raising spirit that launched Lewis' career.

The Louisiana-born pianist with the shock of wavy blond hair first walked into the Sun Studio in Memphis, Tenn., in the fall of 1956. He cut his debut recording, a fiery version of Ray Price's "Crazy Arms," and was called back soon afterwards to record a follow-up. Music producer and sound engineer Jack Clement was in the studio when Lewis returned. He listened as the band performed Clement's own song, "It'll Be Me." But Clement grew bored and asked them to play something else. "Hey Jerry," bass player J.W. Brown suggested, "Why don't you do that song we've been doing on the road that everybody likes so much?"

With the sound equipment already set to record, Clement simply turned the machine on. And Lewis started to play.

"I remember it very distinctly," says Lewis. "I cut the song, 'Whole Lotta Shakin' Goin' On.' Was cut the first time. I knew it was a hit when I cut it. [Sun Studio founder] Sam Phillips thought it was gonna be too risque, it couldn't make it. If that's risque, well, I'm sorry."

With the release of "Whole Lotta Shakin'," the flamboyant rock rebel became an instant sensation and the record soared up the pop, country and R&B charts. When he performed, Lewis commanded the stage with bench-kicking showmanship and his unique meld of boogie-woogie piano, gospel and blues. As music historian Robert Gordon notes: "Jerry Lee began to show that in this new emerging genre called rock 'n' roll, not everybody was going to stand there with a guitar."

In 2005, the Library of Congress selected Lewis' "Whole Lotta Shakin'" for the National Recording Registry.

Ben Manilla is an award-winning independent producer and founder of Ben Manilla Productions, Inc. and Media Mechanics, Inc. Since 1975, Manilla has produced or directed hundreds of radio programs, including Philosophy Talk from Stanford University, The House of Blues Radio Hour with Dan Aykroyd and the 13-hour documentary The Blues.