Accessibility links
The Decemberists Soar with 'Crane Wife' Live Portland, Oregon's literate and theatrical rock group The Decemberists have just released what some critics are calling the year's best album. Hear selections from The Crane Wife and some of the band's earlier albums in a full concert, recorded live from Washington, D.C. 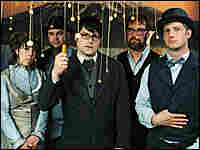 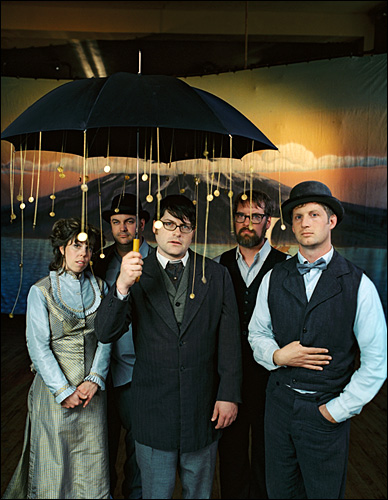 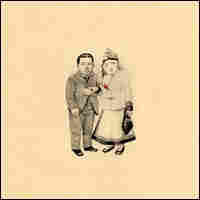 The Decemberists' latest CD is The Crane Wife on Capitol Records. hide caption 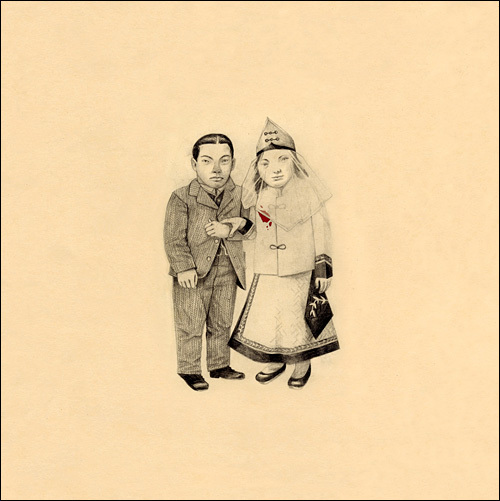 The Decemberists' latest CD is The Crane Wife on Capitol Records.

This live webcast is a production of NPR Music's 'All Songs Considered' and the 9:30 Club in Washington, D.C.

View a Slide Show of the Performance

We Both Go Down Together

The Gymnast, High Above the Ground

Yankee Bayonet (I Will Be Home Then)

Here I Dreamt I Was An Architect

Culling of the Fold

I Was Meant For the Stage 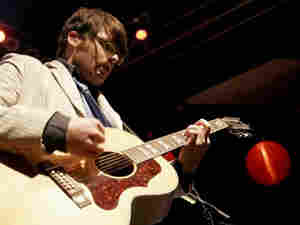 Audio for this concert is no longer available due to a previous agreement with the label.

Portland, Oregon's literate and theatrically imaginative rock group The Decemberists have just released what some critics are calling the year's best album. Hear selections from The Crane Wife and some of the band's earlier albums in a full concert, recorded live from Washington, D.C.

The Crane Wife, on Capitol Records, is The Decemberists' major label debut and most sonically ambitious album to date. Frontman Colin Meloy continues to craft magically inventive, character-driven story songs rooted in British folk. But he (with producers Chris Walla and Tucker Martine) add surprising elements of early '70s progressive rock, much like Jethro Tull and Emerson Lake and Palmer.

"It wasn't like we needed to force the change," says Meloy. "But the change was happening. I could tell when I was sitting down with the guitar. What was coming out wasn't the same old stuff."

The Crane Wife is based on a Japanese folk tale about a poor man who marries a silk-weaver only to find she is actually a magical crane he once nursed back to health.

"I thought that it would be a great thing to try to put it to some sort of song form, be it a single tune or something longer," says Meloy. "So I struggled with that for years until finally I realized that it just needed more parts and set about building those."

The result was a fantastical, hour-long song cycle the band calls "a celebration of life."

"There was a real strong sense among the band that we were not going to try to make a record that somebody would typically make for a major label," Meloy says. "We didn't want the fact that we had signed onto a major label change our approach or aesthetic. In some ways, I think it pushed us farther to the left, farther out of the comfortable Decemberists zone."

This is the second album in as many years for The Decemberists and the second live webcast for NPR and Washington, D.C.'s 9:30 Club. The band last toured for the 2005 release Picaresque.