Accessibility links
Not to Miss: Lists with a Twist for 2006 As a public service, Five for Friday proudly presents its first annual roundup of weird, wild and altogether wonderful lists. 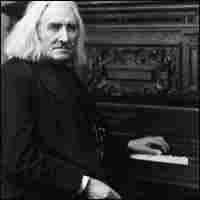 What better way to spend the weekend than reading a bunch of lists. No, really. It's the end of the year, and you probably didn't pay attention to a lot of important cultural stuff. "Best of" lists tell you what you've missed.

We at NPR are happy to do our part. Our 2006 lists cover the funnest books for kids, the non-nastiest video games, the sparklingest wines for the New Year and many other topics. They are handily housed in our "Holidays 2006" package.

But we recognize that we are not the only maker of lists out there. As a public service, Five for Friday proudly presents its first roundup of weird, wild and altogether wonderful year-end lists. From the best movie trailers to the most dangerous toys in existence, you'll find plenty of grist (and gross) in our list of lists.

The Guardian inexplicably takes on the smelliest reads of all time — that is, stories about scents. Speaking of odors, Popular Science tells which jobs in science are the dirtiest. (Manure inspector comes in at No. 2.) The literary blog Bookslut proves you can judge a book by its cover, while the tech site cnet.com reveals the worst tech products of the year. (Never name a living-room stereo system "Biohazard.") And Google reveals that "Paris Hilton" beat out "cancer" as 2006's top search phrase.

Speaking of electronics, here are the weirdest keyboards ever made. Video games more your style? Arthur's Hall of Viking Manliness compiled the manliest video games. (No, Duck Hunt doesn't make the cut, but here's a video of the top 10 video game weapons.)

The top 10 movie mashups of the year included Mary Poppins pulling a Poltergeist. (Like musical mashups, movie mashups mix vastly different genres.) VH1's Best Week Ever weighed in with its real movie Top Five (as well as 2006's top cliches in cinema) while the music blog DoCopenhagen listed the 50 top music videos of the year. Looking for extremely guilty cinematic pleasures? Or maybe you don't even remember what movies came out this year. The Guardian's 2006 quiz about the year in movies may help. And if you don't want to rent, you can always just watch the worst trailers of the year instead.

The BBC learned 100 things that it didn't know last year. (So the egg apparently did come first! Whodathunkit?) Up north, Canada released its list of top weather moments and also went after sports grinches. At its SFGate Web site, the San Francisco Chronicle chronicles the Top 10 Sex Stories of 2006. (Parents, shield thy children!) Connie Chung sings and Michael Richards rants on iFilm's compilation of voraciously viral videos. And the aptly named Jewlicious has a scoop: ice cream flavors that could save the Jewish state.

The board game beat is covered, from dominoes on ESPN to a chess smackdown. And on the billionaire beat, there are fantabulous gadgets for the "filthy rich." Lists also limn political cartoons, supercars and James Bond's playthings, like his totally cool invisible auto.

And finally, David Letterman has provided a year's worth of top 10 lists. Our favorite category? The "Top Ten Signs You Are Not One of the Most Fascinating People Of 2006."

Melody Kramer is keeping a list of all the errors that editors have inserted into her stories during her year at NPR as a Kroc Fellow. Marc Silver, an editor at npr.org, has a list of all the words she's speld rong.