Accessibility links
Costume Designer Dips into Hollywood's Closet Hollywood costume designer Julie Weiss has clothed celebrities from Marlon Brando to Demi Moore. She shares some favorite stories, including how she earned an Oscar nomination for her designs in the 2002 film Frida. 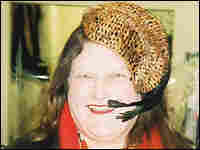 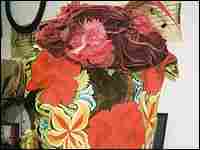 Julie Weiss designed this dress for the movie Frida, about Mexican artist Frida Kahlo. Weiss was nominated for an Academy Award in 2002 for her work on the film. Shannon Rhoades, NPR hide caption 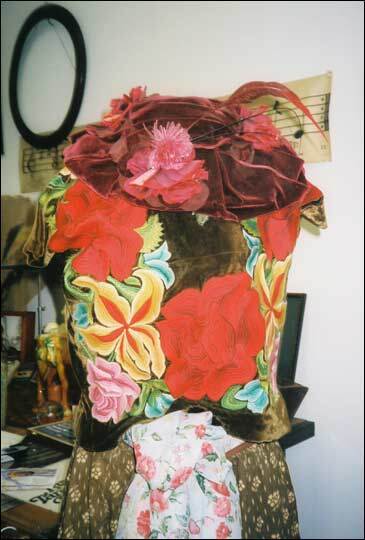 Julie Weiss designed this dress for the movie Frida, about Mexican artist Frida Kahlo. Weiss was nominated for an Academy Award in 2002 for her work on the film. 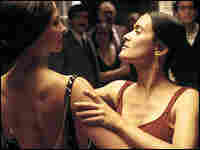 Ashley Judd and Salma Hayek dance the tango in Frida. Hayek's dress was designed by Julie Weiss, who says she found a bright red dress and "cut it up and down" to create the right effect. Miramax hide caption

Scarlett O'Hara began with green velvet draperies and turned them into a dress to seduce Rhett Butler in Gone with the Wind. Stanley Kowalski's torn T-shirt seduced his wife and her sister in A Streetcar Named Desire. Unique clothing has always helped Hollywood tell stories.

From Birth of a Nation to Hollywoodland, Western Costume Company in North Hollywood, Calif., has dressed films for 90 years. If you strung together all of the clothing racks in their studio, they would stretch 8 miles. Some of the costumes date back to the late 19th century.

Costume designer Julie Weiss makes regular visits to Western. She has clothed celebrities from Bette Davis to Marlon Brando, Annette Bening to Sharon Stone. Weiss has also been nominated twice for the Academy Awards: for 12 Monkeys in 1995 and Frida in 2002.

In the movie Frida, Weiss took her color cues from the subject's palette — vivid fuchsia, deep red and tropical greens. For a tango scene, she copied a dress from one of Kahlo's self-portraits.

"But it didn't work," she says. "It should have stayed on the painting."

Instead, she found a bright red dress and cut it up and down. It was perfect for the steamy dance number between Selma Hayek and Ashley Judd.

After 30 years in the business, Weiss is still happy when she finds a forgotten cigarette butt in a trouser cuff, or a lipstick-stained collar. It means the clothes have a story.

"That's what makes it alive, what's in the pockets," she says. "You begin with a costume and then it ends up as clothing."