Accessibility links
Fava Beans: A Little Spring On Your Plate Americans are undergoing an awakening when it comes to fava beans, with their buttery texture and slightly bitter, lovely nutty flavor. And after a long, dark winter, what could be more spring-like than their fresh green color?

Fava Beans: A Little Spring On Your Plate

Fava Beans: A Little Spring On Your Plate 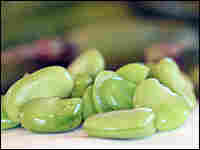 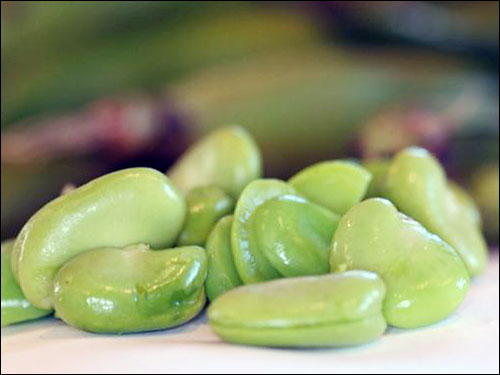 Fava beans have long been a staple in Asia, the Middle East, South America, North Africa and Europe. Now, more Americans are discovering their buttery texture and lovely nutty taste. 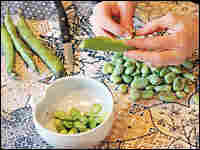 Although it's time-consuming, shucking fava beans is well worth the effort. David S. Deutsch hide caption 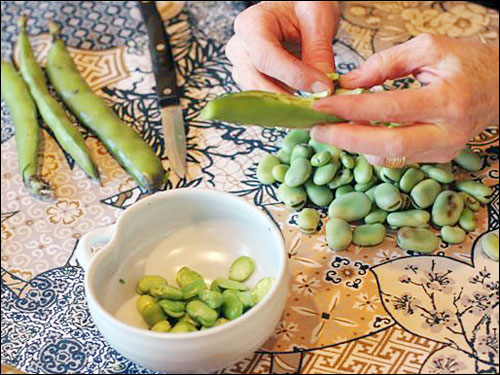 Although it's time-consuming, shucking fava beans is well worth the effort. 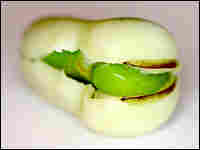 After shucking, you must remove the waxy coating that covers the bean. David S. Deutsch hide caption 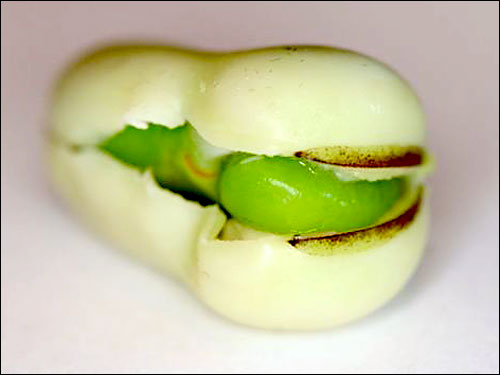 After shucking, you must remove the waxy coating that covers the bean.

Think Jack and the Beanstalk.

The magic beans that grew overnight into a beanstalk that reached into the clouds were very probably fava beans or, as the English call them, broad beans. Americans, however, have been slow to appreciate their enchanting powers.

But we may be undergoing a spring awakening.

I was walking through the produce section of my non-fancy neighborhood supermarket recently when there, right next to the regular old American broccoli, I saw fava beans. It's taken 5,000 years, but the fava bean seems to be making inroads into the New World.

The pale green beans in the big floppy pods have been a beloved early spring food on much of the planet for centuries. Favas — also known as Windsor beans, English beans, horse beans and pigeon beans — have long been diet staples in Asia, the Middle East, South America, North Africa and Europe.

These ancient beans are one of the oldest cultivated plants and among the easiest to grow. They were the only beans Europeans ate before they discovered America and all its legumes. They took our beans home and left us the fava, which never really caught on.

After preparing them, you begin to understand why. This is a labor-intensive process. First, you string and shuck the beans, then parboil them before removing from a waxy coating. It is something to do on a Sunday afternoon around the kitchen table or on the front porch with friends. For Americans, that's a lot of time to spend on a bean.

Unshelled, fresh favas look like giant, bumpy string beans. They are 5 to 7 inches long and lined with padding that looks like cotton batting. You don't want the beans to be bulging out of the pod — which means they are probably old.

You can buy shelled fava beans in some specialty stores. I imagine they cost a fortune. And some people eat the whole bean, pod and all (only when they're young and tender, however).

I actually like shucking the beans, which I find a somewhat Zen-like experience. It is a bit similar to gardening: lots of concentration, no deep thought and tangible results. Cooperative friends and family, and a bottle of wine help.

After making an all-fava bean dinner with what I found at the market, my friends, family and I thought it worth all the effort.

The beans have a buttery texture, slight bitterness and lovely, nutty flavor. And after a long, dark winter, their fresh green color pushes you right into spring.

Bonny Wolf is Kitchen Window's contributing editor and a commentator on NPR's Weekend Edition Sunday. Her book of food essays, Talking with My Mouth Full, is out in stores. You can find more information at bonnywolf.com.

Next on the menu: fresh favas quickly sauteed with shrimp and thyme. Beautiful. Delicious.

Fava beans can be served simply boiled, mashed and spread on crostini, or added to spring stews and soups. They are often paired with artichokes or other spring vegetables such as peas and morels. I once made a fabulous osso buco with fresh fava beans.

And, favas are nutrition superheroes. They are high in fiber and iron, and low in sodium and fat. They have no cholesterol but so much protein, they are called the meat of the poor.

As a matter of fact, Italians credit the fava bean as a factor in saving Sicilians from starvation during a time of famine. Since then, the fava has been considered good luck. Now that luck – and magic – is being enjoyed at more American tables. 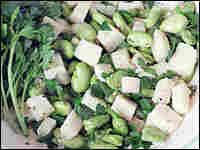 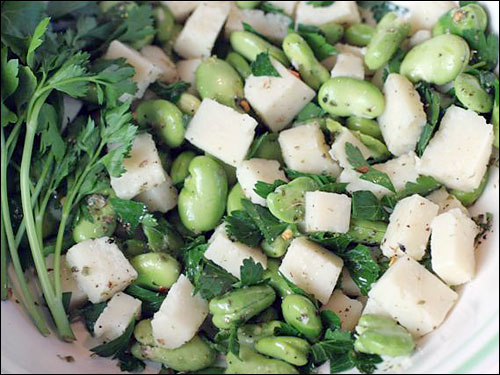 Fava beans are a spring favorite in southern and central Italy. This salad, adapted from Patricia Wells' Trattoria (William Morrow 1993) is popular as a starter or as part of an antipasto spread. If you can only find a hard grating pecorino, use a soft goat cheese. If there are leftovers, saute the beans and cheese with a little oil in a small skillet. They are fragrant and delicious as a warm appetizer.

In a medium bowl, combine all ingredients, and toss to blend. Taste for seasoning.

Shrimp and Fava Beans with Thyme 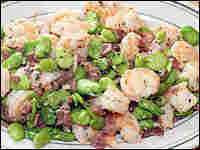 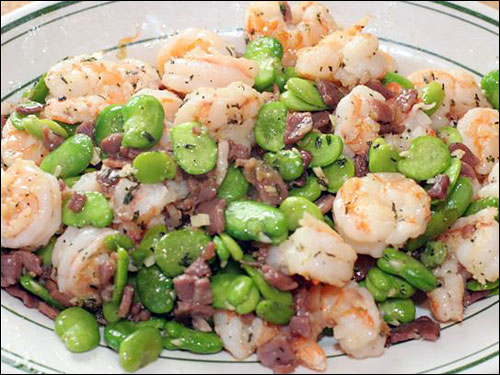 About 2 ounces firm, salty ham such as prosciutto, cut into tiny dice (about 1/3 cup)

Heat oil and butter in skillet over moderate heat. Add ham and garlic and toss for a minute. Add shrimp, favas and thyme, and toss just until shrimp become pink.

Sprinkle with pepper and salt. Cover pan and cook on lowest heat possible for 1 to 2 minutes, or until shrimp are just cooked through and juices exude slightly. Serve immediately. 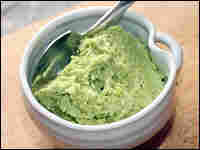 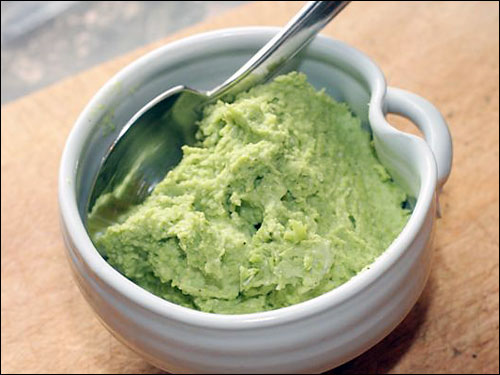 There are many recipes for fava bean purees, which are spread on crostini and used as pasta sauce, among other things. This recipe, adapted from The New Basics by Julee Rosso and Sheila Lukins (Workman 1989), is quick and easy, and is nice with roast lamb. It's rich, so a spoonful or so is enough for one serving.

Bring a large saucepan of water to a boil. Add the beans, reduce the heat and simmer until the beans are tender, about 20 minutes.

Drain the beans and puree them in a food processor or blender. Add melted butter, cream, and salt and pepper. Serve immediately.

Silence of the Fava Bean

I know what you're thinking: Fava beans would go well with some liver and a nice Chianti.

Just put it out of your mind. Remember, it's only a movie.

Although the American Film Institute identifies Hannibal Lecter's line in Silence of the Lambs as the 21st most recognizable movie quote in history, if you don't know what I'm talking about, consider yourself lucky and just enjoy your favas in peace.

Some people should stay away from fava beans. There is a rare disease, called favism, which affects some people of African, Mediterranean or Southeast Asian descent. They have severe allergic reactions to eating the fava bean or inhaling its pollen.

On a more positive note, some think favas may help in treating Parkinson's disease, and others use them as a natural alternative to Viagra. Fava beans are rich in L-dopa, a substance used to treat Parkinson's. Some link L-dopa with libido. Consult your doctor.

You have to buy a lot of beans. Five pounds of unshelled favas will serve about four. Some recipes equate 1 pound of unshelled beans to 1 cup of shelled beans. This depends, of course, on size.

To shell the beans, pull on the stem of the pod and unzip them, on both sides. But you're not done. Now take the shelled beans and drop them in boiling water for 30 seconds. Remove and plunge into ice water, and peel off the beans' waxy outer covering. Drain. Now, they are ready for use in recipes. 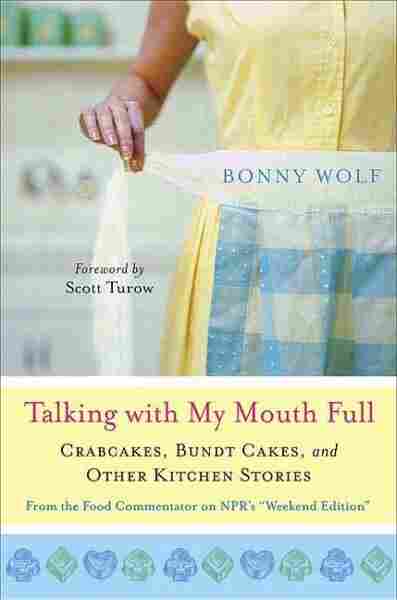