From Opera Orchestra of New York 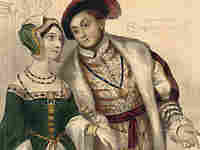 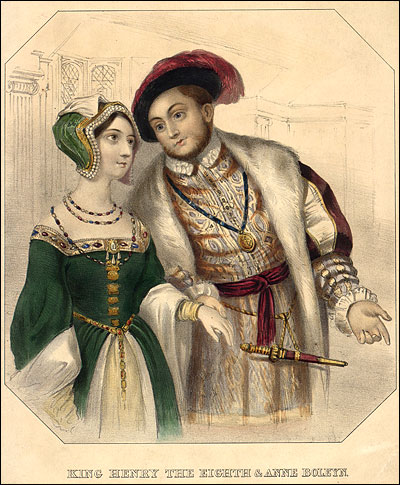 Before he turned against his wife, Henry VIII wrote a surprising number of love letters to Anne Boleyn.

In the final scene of Donizetti's opera Anne Boleyn is in the Tower of London awaiting death. Losing control of her emotions, she sings the moving aria 'Al dolce guidami," while remembering happier times.

The stories of Henry VIII and his six wives have inspired many artistic spin-offs, from films like Anne of the Thousand Days and plays like A Man for All Seasons, to silly songs like the Herman's Hermits I'm Henry the Eighth I Am and even an episode of the Simpsons (Margical History Tour).

Although Henry's marital history has sometimes been presented in a light-hearted way, the beheading of his second wife, Queen Anne Boleyn, is nothing to laugh at. When opera composer Gaetano Donizetti decided to put his own stamp on the story, he took advantage of the treasonous interpersonal relationships inside the royal court, highlighting the sad fate of the Queen. The final curtain falls just before her execution, as she slowly goes mad inside the Tower of London.

Anna Bolena was Donizetti's first major hit, though he had already composed some 30 operas. It premiered in Milan in 1830. Its success earned Donizetti commissions from Italy's best opera houses, along with a newfound reputation in foreign musical capitals such as Paris and Vienna.

The opera remained popular for nearly five decades but fell out of fashion as the new century approached. Anna Bolena would have to wait another 50 years before making a comeback when Maria Callas starred in a successful production at La Scala, in Milan in 1957.

On this edition of World of Opera host Lisa Simeone brings us a production by Opera Orchestra of New York from Carnegie Hall. The performance is another example of the company's long-held commitment to the presentation of rarely heard operas.

The Story of Donizetti's 'Anna Bolena' 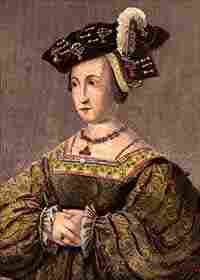 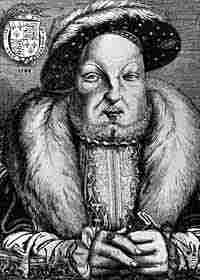 BACKGROUND: Donizetti's Anna Bolena is loosely based on a familiar episode from English history — the short-lived marriage of King Henry VIII and Anne Boleyn, the second of Henry's six wives. The opera was first performed in 1830, in Milan, and was an instant hit, putting Donizetti on the map not just in Italy but in Paris and London as well. It stayed in the repertory for 50 years, then fell out of favor. The opera got a new lease on life at La Scala in 1957, thanks to a spectacular performance by Maria Callas in the title role. Since then, it has been heard more frequently, attracting such superstar sopranos as Joan Sutherland, Beverly Sills and Montserrat Caballe.

ACT I: The story takes place in 1536 in England. Act One opens at Windsor Castle. Anne Boleyn is now Henry's wife, but she's unhappy. The King has been ignoring her and seems to have his eye on another woman, Anne's lady-in-waiting, Jane Seymour.

Anne's brother Rochefort makes an appearance at court, and he's amazed to see that Percy, Anne's first love, has returned from exile. It turns out that Henry himself has arranged Percy's return. It's a ploy, aimed at building a case for Anne's infidelity, and the king takes a kind of perverse pleasure in watching Anne and Percy meet again.

We then meet Smeton, a household musician who is in love with Anne. He has a miniature portrait of Anne and doesn't want to be caught with it. But when he tries to return it to her, Rochefort appears unexpectedly and Smeton is forced to hide.

Rochefort tries to persuade Anne to meet with Percy. She agrees, against her better judgment, and Percy tells Anne he's still in love with her. When Anne begs him to find someone else, Percy draws his sword and threatens to commit suicide. At that moment, everything comes tumbling down around Anne. Smeton rushes out from hiding and at the same moment, Henry bursts into the room. Finding Anne in a compromising position with two men, one of them a former lover, he orders all three of them arrested. Smeton pleads Anne's innocence, but inadvertently drops the miniature portrait at the king's feet. Henry is enraged and the act ends with a spectacular sextet as Percy, Anne and Smeton are all led away.

ACT II: As the second act begins, Jane comes to Anne and tells her that the king has agreed to spare her life if she'll admit to her relationship with Percy. Jane also has more news. The king, she says, is in love with another woman. Anne demands to know who it is and the confrontation develops in a powerful duet. Torn between her love for Henry and her loyalty to Anne, Jane confesses that she is the King's latest lover.

At Anne's trial, Smeton lies and says he, not Percy, has been pursuing Anne. He's hoping to save her but actually seals her fate. Anne is condemned. Percy and Rochefort are offered clemency but they both refuse it when they learn it does not extend to Anne.

Alone in her cell, Anne wistfully recalls her girlhood love for Percy and slowly loses control of her emotions. Cannons and bells sound, announcing the king's new marriage. That jolts Anne back to her senses. She calls on heaven to forgive her persecutors as she's taken to the executioner.